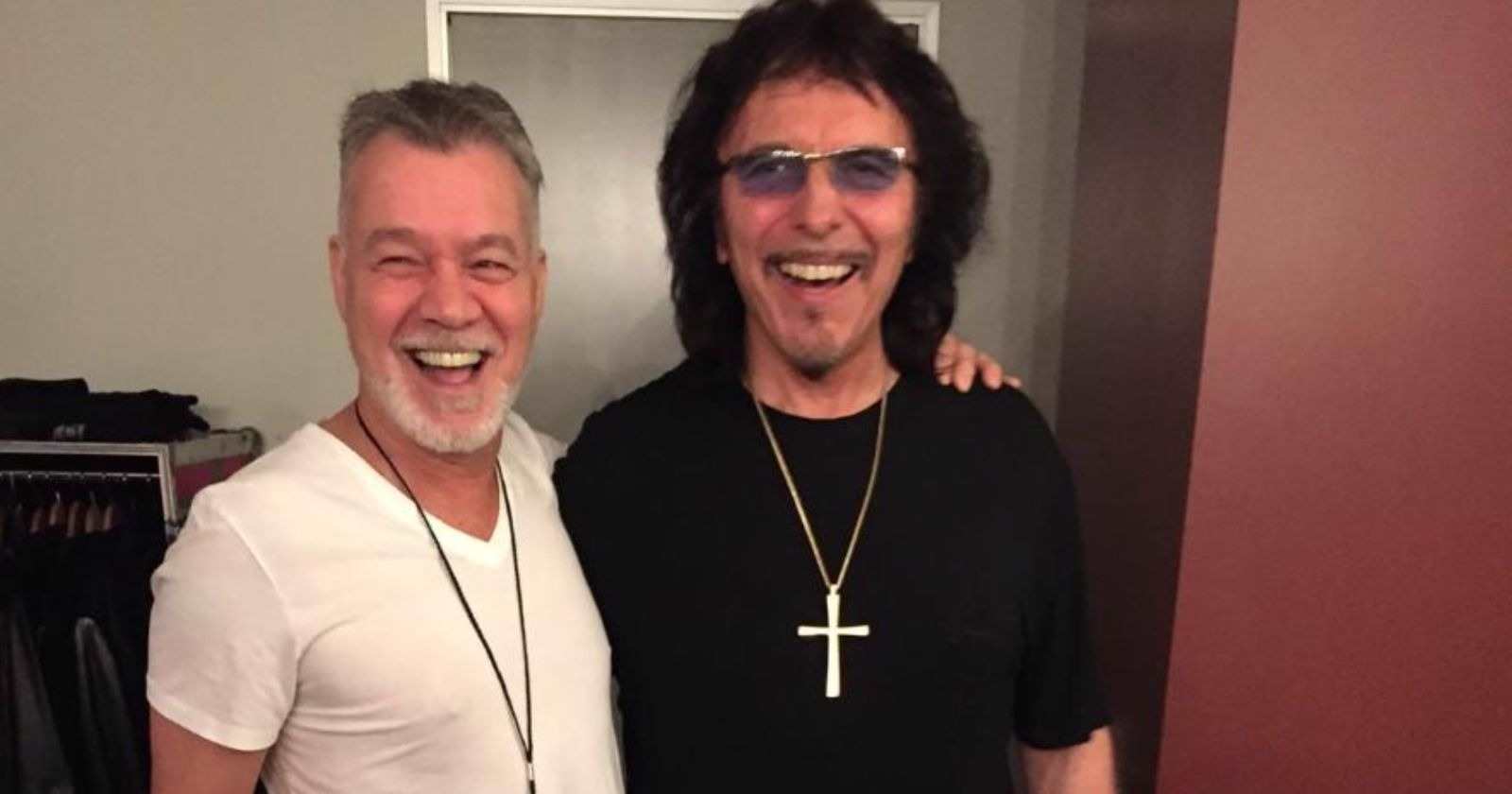 Black Sabbath guitarist Tony Iommi met Eddie Van Halen when Van Halen toured with Sabbath back in the 70’s. The musicians became friends and in an interview with Rolling Stone Iommi talked about the late guitarist amazing technique. 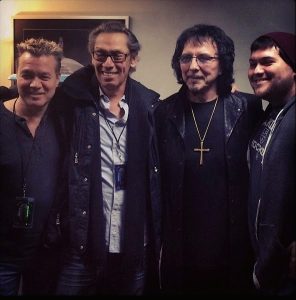 “He was just unique. When he came out with the way he played, it was a style that I’d never heard, and it blew your socks off. It was so good. And of course, he’s never gone backwards. He’s always gone forward and improved and improved. As years have gone by, his technique has developed more and more.”

“What I like about Eddie, he was always an inventor. He’d always want to come up with something new. He worked hard to develop his own amplifiers. And he’d work on his own guitars as best he could to make them feel comfortable to him. He was always very much an innovator with a bunch of things.”

That’s something you two had in common. You both fixed up your guitars.

“Well, we had a lot in common. We in Black Sabbath were older than them, but we had a lot in common. So he used to ask me things about what we’d been through. We’d been through the stuff that they were about to go through when they first started. He used to ask a lot of questions, and you’d sort of answer them. “You’ve got to expect this,” and “This is going to happen and that.” He was interested. He always wanted to be interested in stuff. He was such a nice guy. I’m just devastated. I can’t believe it.”

How did your friendship with Ed continue after that tour? 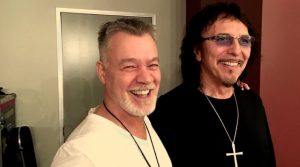 “We never seen each other for a while, and then we saw each other in L.A. at some awards and then we stayed in touch again then. I’d call him up or he’d call me up. And we’d arrange to meet. Always, when I’d been in L.A., I’d be in touch, and him and his wife and me and my wife would go out for dinner. It was great. Of course, with this Covid thing, and not being able to be back in L.A., we stayed in touch by email. But it’s hard.”

He had a hand in writing one of the songs on Black Sabbath’s Cross Purposes album, “Evil Eye.” How did that come about?

“Well, when we were doing Cross Purposes, they were playing in Birmingham. Obviously, I went to see him, and we were rehearsing. I said, “You ought to come down to rehearsal if you want.” “Oh, can I?” So I said, “I’ll pick you up from the hotel.” I said, “Let’s go and get a guitar.” We went down to the music shop in Birmingham. I said, “Can you lend us a guitar for Eddie?” And of course, they went, “Oh, oh, wha’?” [Laughs]”

“So Eddie came in with me, and we got one of his guitars, his own model. And he came to rehearsal. We played some of the Sabbath stuff for him. One of his favorites was “Into the Void,” strangely enough. We played that and we went back to writing. I think it was “Evil Eye,” and I said, “Go on, you play the solo on this.” He did and it was really great. When we recorded it, of course, I tried to duplicate that, but I couldn’t [laughs].”

You must have a tape of that solo somewhere still.

“You know what, there is. I don’t know where it is amongst my lot, but there is one. I know I’ve got one. It was a real gem.”

Did you ever attempt to play like Ed yourself?

“Oh, God, no. I could never. The way he played, it was just second nature to him. I just couldn’t do it. I’ve just never been able to do that sort of stuff. We’re totally different styles all together. That was a very clever version of a guitar player, and he’s the one that started that, in my mind. He got so good at it. He was brilliant in bloody ’78, you know,” Tony Iommi said.