The riffmaster Tony Iommi was asked by Total Guitar magazine what the guitar means to him, 49 years after forming the greatest metal band ever, Black Sabbath.

“It’s a way of expressing your inner self,” he said. “But I don’t sleep with the guitar now, when I did in the early days, mind! It has always meant something very special to me, and it brought out parts of me that you couldn’t bring out normally from within. 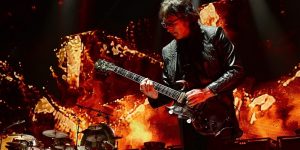 Born 19, February, 1948, Frank Anthony “Tony” Iommi lost while working in a factory as a teenager, the tips of the middle and ring finger of his right hand in an accident. An event which crucially affected his playing style. 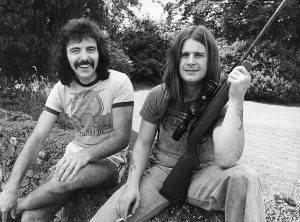 He briefly left Black Sabbath’s forerunner, ‘Earth’, in 1968 to join Jethro Tull, after which he returned to Black Sabbath in 1969, recording their self-titled debut album. In 2000, he released his first solo album Iommi, followed by 2005’s Fused, which featured his former bandmate Glenn Hughes. After releasing Fused, he joined Heaven & Hell, which disbanded after Ronnie James Dio’s death in 2010.

Iommi was ranked number 25 in Rolling Stone magazine’s list of the “100 Greatest Guitarists of All Time”.

In 2011, he published his autobiography, entitled Iron Man: My Journey through Heaven and Hell with Black Sabbath.