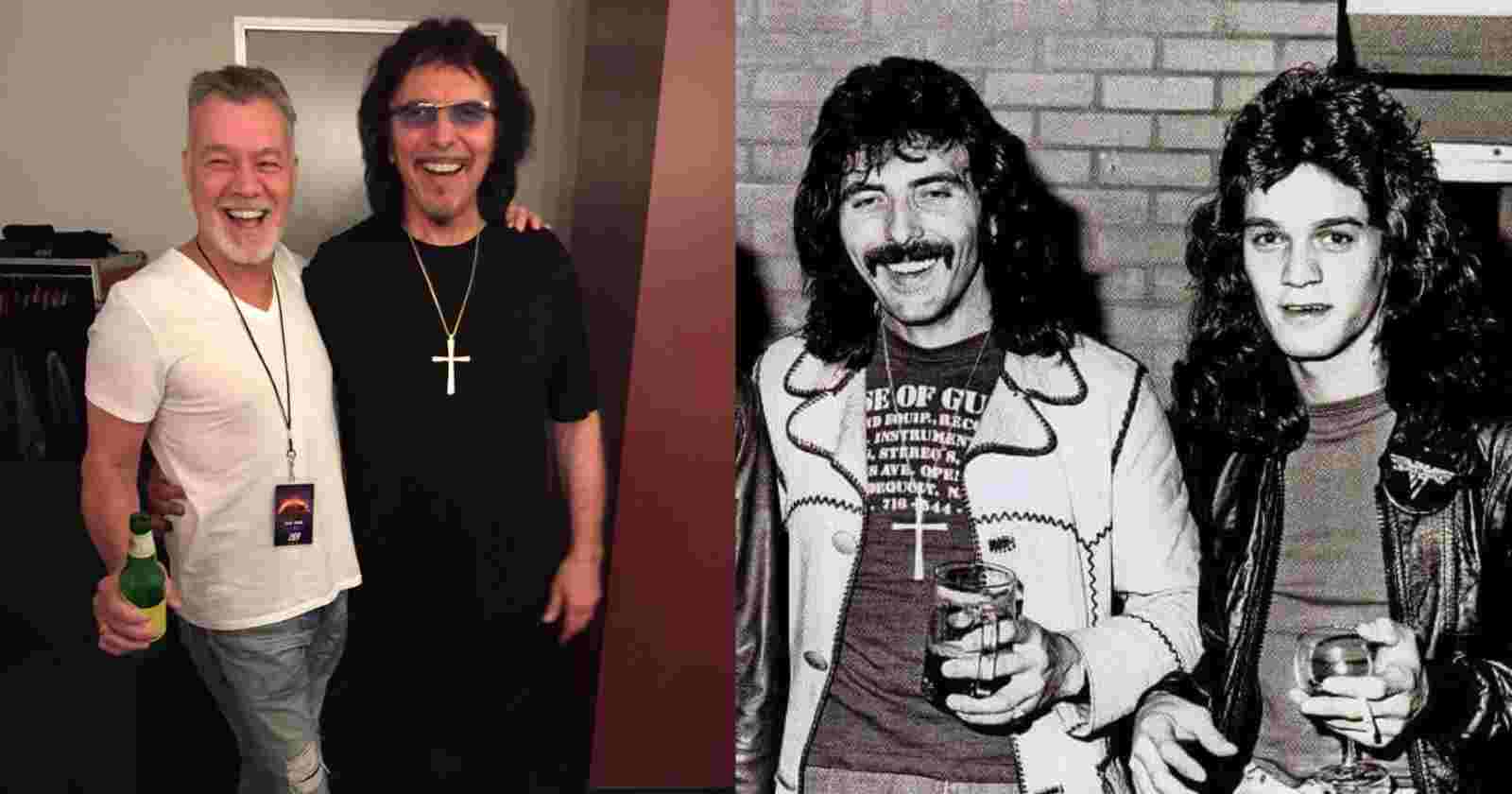 Black Sabbath guitarist Tony Iommi recalled in an interview with Spin magazine if he had the chance to say goodbye to guitarist Eddie Van Halen, that died in October, 6, 2020 at the age of 65. The musician also recalled his meetings with Van Halen and talked about Wolfgang Van Halen’s (Eddie’s son) new songs.

Tony Iommi says if he had the chance to say goodbye to Eddie Van Halen:

“When we used to go out for dinner, we’d always end up [grousing] about the bands. He’d be going on about Dave Roth, and I’d be going on around about [whoever]…. This was just before he died, or rather, before he really became ill. And he helped me a lot as well.”

” Because he went to Germany for some stem cell treatment on his hands; he had problems with arthritis and stuff. And I had a problem with my thumb. He said, ‘why don’t you go see this guy of mine who I’ve been to in Germany, in Dusseldorf. He arranged it for me and I went and got this sort of topical stem cell treatment, which helps.”

Did you get a chance to say goodbye to him?

“Well, I knew it was a matter of time. But he did contact me. And I could tell. The last email was just before he went into hospital the last time and it was really… You know, some of the words were mixed up, he was obviously sedated or something. But that was the last one I had from him. I really miss him.”

Wolf’s [Van Halen] debut album is coming out. You know, he had so much success with that single for his farther, ‘Distance.’

“Eddie idolized him. You know, he really did. We used to talk about Wolfie quite a lot. And when we played in L.A. last time, they all came. Wolfie and Alex and Eddie and the wives. I got some great photos with us all. it was brilliant. I got Eddie down to rehearsal when we played in England one time.”

“He said, ‘what are you going to do tomorrow?’ I said, ‘Rehearsal.’ He went, ‘ah, great. I’d love to come to that or come down.’ I went and picked him up at his hotel. On the way past the hotel, I popped into the music shop and asked, ‘Have you got an Eddie Van Halen guitar?’”

“They said, ‘Yeah, why?’ Of course. I brought Eddie in, and they were in shock. I asked if we could borrow it for a few hours here. they said, ‘Yeah, yeah, sure!” I’ve got some tapes of that rehearsal,” Tony Iommi said.