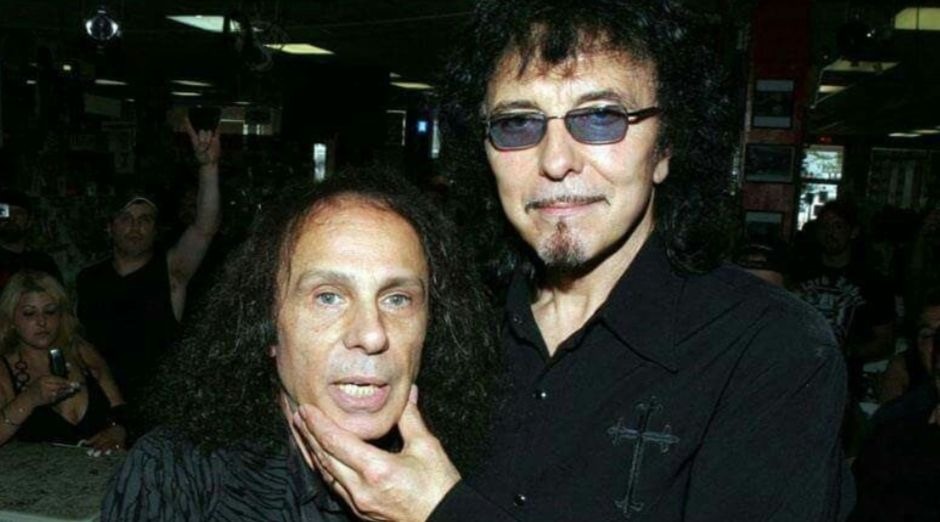 Black Sabbath guitarist Tony Iommi revealed in an interview with Trunk Nation that if Ronnie James Dio was still alive they would probably be working together. The musician praised Heaven & Hell,. the band they created years before the singer death.

“Oh, it was great, to be able to go out and do a final tour. To be honest, I felt a bit bad with it ’cause it was basically my choice, my fault, because touring, for me, at that extent, wasn’t a good thing – physically.

“For my health… I mean, to get in at four o’clock in the morning from doing a gig, after you’ve done the gig, and fly back to the hotel, you know, it was a lot late nights, and you’re living a life like I used to when I was 20 and it’s just…

“I mean, even though we were traveling the best – we had our own plane, we had fabulous hotels. And we’d base ourselves in New York or Los Angeles for 10 days, or somewhere else, and do it like that: go out, fly out, do the gig, come back.

“But by the time you’ve done that, you got back into the hotel, it’s still three or four o’clock by the time you get to bed. And, for me, now, now, it was just difficult, and my doctor said to me to try and calm it down a bit, and it just seemed like the right thing to do at that time and just finish.

“We were really cracking on with that band – it was a great band. And then we’d done the Sabbath thing with Oz [Osbourne], which was great, to finish up. But I should think if Ronnie was alive, I’d probably be doing something with him now.”