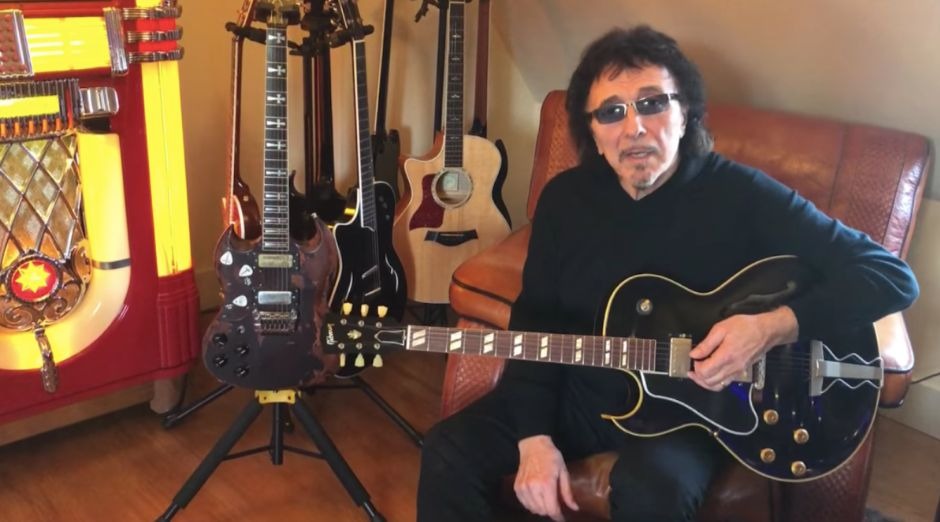 So, any plans to make new music with your new SG? More solo stuff? Collaborations?

Tony Iommi: “Well, that’s the million-dollar question. I’ve got loads of stuff. I keep saying to Ralph [Baker], my manager, ‘I want to put it down properly,’ but the engineer I’ve used for years, Mike Exeter, has gone on to do other things… I’d like to put some stuff down, but it won’t be a touring band. Actually, Brian May came over and I gave him four or five CDs of riffs, and he’s going, ‘You’ve got to do an album with these, just put them out like that.’ I said, ‘No, I don’t want to do that. I’m going to do them properly.’”

It would be great to get people you really admired to participate. They’d jump at it!

“Yes, I’d like that. I sort of did it with the Iommi album in 2000. I had Dave Grohl, Billy Corgan and all sorts of people on it. Another two embarrassing things that I didn’t go for was one where they said, ‘This chap wants to do something. Eminem.’ ‘Who the bloody hell is Eminem?’ I didn’t know, and I went, ‘Oh, no.’ And Kid Rock.

“So I turned a few people down that became quite big later, but I hadn’t the faintest idea. I’d tried to do it before with Planty and a few others, but it was so hard because of management and all that. But the last one, they really wanted to do it, and I enjoyed playing with different people.”