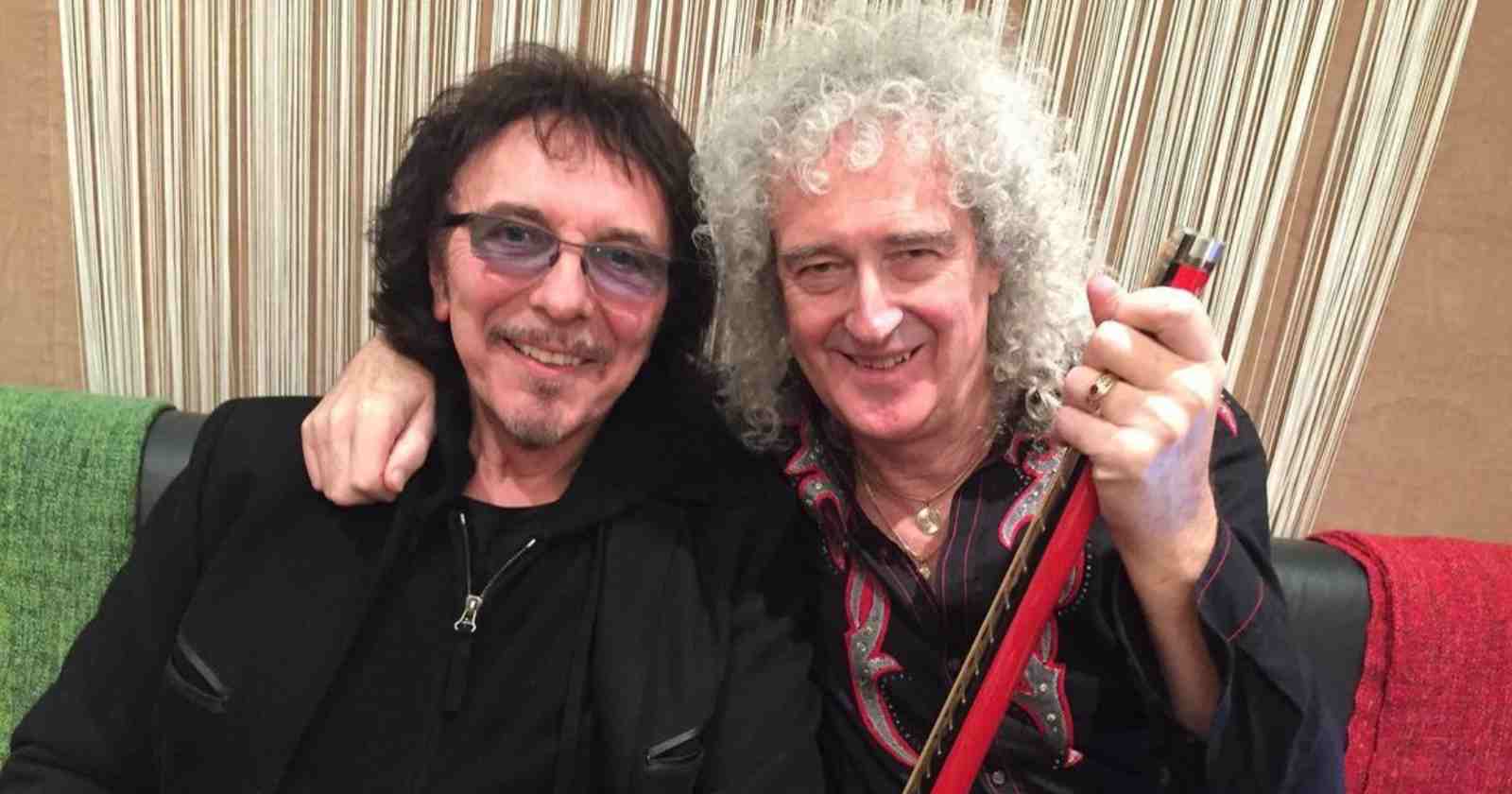 Black Sabbath guitarist Tony Iommi recalled in an interview with BBC Radio (Transcribed by Blabbermouth) his reaction when he first heard Queen and what was his opinion on Brian May‘s guitar playing. Iommi who picked May as his “Rock God” in the interview, had already said many times that Brian May is his best friend and they are often playing together.

Tony Iommi recalls his reaction when he first heard Queen and Brian May:

“His sort of sound and style really stood out to me when I heard the first Queen album [1973’s self-titled], really. When I heard that album, [I thought], ‘This is a really good band.’ And a guitar player is always into other guitar players, and he had a sort of unique sound and the way that he played, I just liked it.”

“It was appealing. He’s just got a certain character that you didn’t really hear from anybody else – he’s got something very ‘him.’ And as soon as you hear Brian now, anybody can pick him out. It was in the early ’70s we first met. I don’t know if it was in the studio. I actually can’t remember.”

“Does he know where we first met? We had a very fast connection and we used to talk to each other at all hours of the night in the early days. Now I’m in bed, but in them days, if he knew I was in the studio in London, he’d come over.”

“We’ve jammed a few times. He’s come up on stage and played with me and we’ve done some album stuff together on different people’s albums. He played on my solo album a couple of times. We had a jam session once. He came down to one of our rehearsals when we were rehearsing in London, and we started playing with the band and the band gradually left, and Brian and myself were just left playing there.”

“All the gear had gone except for our gear, and we were still playing. [Laughs] Yeah, so we’ve had a great friendship over the years. But the thing is with him, he loves his guitar – he’s always got his guitar with him and he’s playing. And when he comes to my house, I’ve always got a guitar there for him so we can have a little play.”

What Brian May said about their friendship

In an interview with Guitar World back in 2020, Brian May talked about his friendship with Tony Iommi, saying that they do more talking that anything else: “He is really my dearest friend in the business and has been for so many years. I could write books about Tony because he’s just the most [pauses]…”

“I don’t even know how to put it into words. You know, he’s a luminous human being is Tony, with a wonderful, kind nature and an incredibly baffling sense of humour. And, of course, he is the father of heavy metal.”