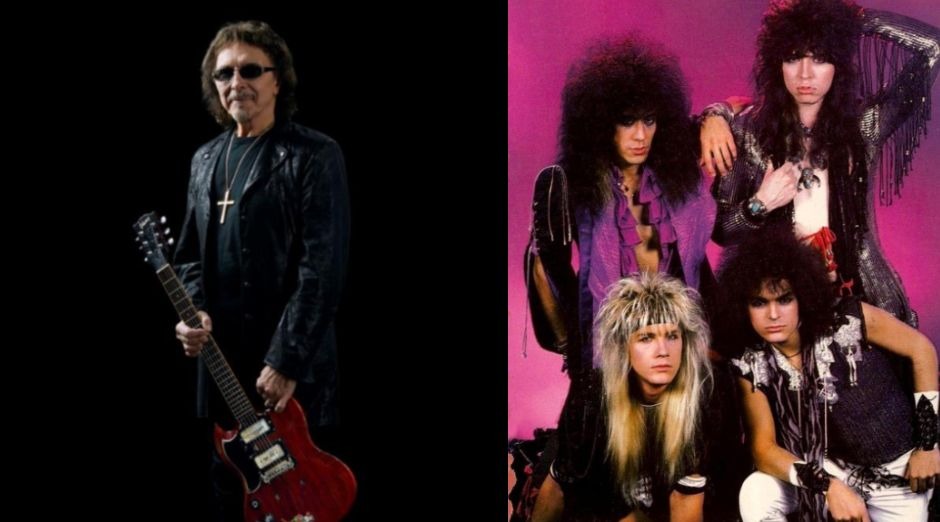 Black Sabbath guitarist Tony Iommi in an interview with Gibson TV talked about the 80’s Glam Rock bands, giving his opinion about the movement.

Tony Iommi: “I’ve always believed in sticking to what we do and what we know. I noticed that – particularly in the ’80s – and I was living over here [in the US] then, I’ll always remember the hair bands and all that stuff.

“That’s when that music came out, Poison and that sort of bands, so many, all sounding the same. I’m like, ‘Blimey, what’s happened here?’ It became more of a posing thing than the actual music.

“And so you sort of go off-track then. Which was – I can’t say bad, they had done their own thing. Which was great, but there was a glut of these bands that suddenly came up overnight. And then when that starts phasing out, certain bands would move on to something else, which, I could never see that.

Michael Schenker said once that he creates more than he consumes, so he doesn’t listen to a lot of stuff. I don’t know if I can ask you if you listen to stuff…?

“I try not to listen too much. Because I think I can end up playing a riff and that’s somebody else’s. I really get conscious of that.

“When I start putting ideas, and I’m saying hundreds of riffs or thousands of riffs. And I don’t even know what they are because I put them down and go away and come back and put something else down.”

I’ve always wondered where you came from [musically]…

“Well, it’s quite different where I’ve come from. My sort of music was The Shadows, so it was all instrumental, because in those days, it was rock ‘n’ roll, and I wanted something that I could play guitar to.

“So, The Shadows were probably the only instrumental band around, they were a good band, and to copy them, you could learn the songs, so that’s sort of where I started from.

“After The Shadows thing, I got in a band with [drummer] Bill Ward, and we moved up to Carlisle, and we joined a band up there called Mythology – we moved up there and we were playing a bluesy sort of thing.

“And then you had to play pop stuff because that’s what they wanted. We’d throw these odd John Mayall type things in, and we really liked doing that sort of music, and it sort of got a grip.

“I think as that thing materialized, you obviously know about me chopping my fingers off. After that, I got into trying to play a different style and trying to learn the guitar again in a different way. And trying to make the sound as big as I could for what we got.

“And then, of course, Ozzy [Osbourne], so it sort of have come from that, really, trying to make the sound as big as I could. You had basic equipment then, you had no overdrive amps and stuff there, so you had to make your sound, you had to sort of come up with an idea to overload the input and make it sort of distorted.

“And this bloke came up to me when we lived in Carlisle, and I had this treble booster, and he said, ‘I can make that sound better for you.’ I was like, ‘Why not…’ And he said, ‘Can I take it with me? I’ll bring it back tomorrow.’

“I don’t know why I trusted him… Anyway, he was from a band up there that became Spooky Tooth. They were called The VIPs then, and it was the same band but they had a different name.

“So he took it away and brought it back the next day. And I started playing with it, and I thought ‘Bloody hell, this is great.’ It got this nice distortion and it basically went from there, trying to make the sound bigger and make it fuller.

From a guitar player’s point of view. How important was it for you to develop your own voice as well as the band’s voice?

“I always found a challenge, and I liked that. The challenge for me at first was my fingers. Then the next thing was to break through what we’ve got because at the time the sort of music we were playing wasn’t accepted at all. So there were very few places you could play at.”