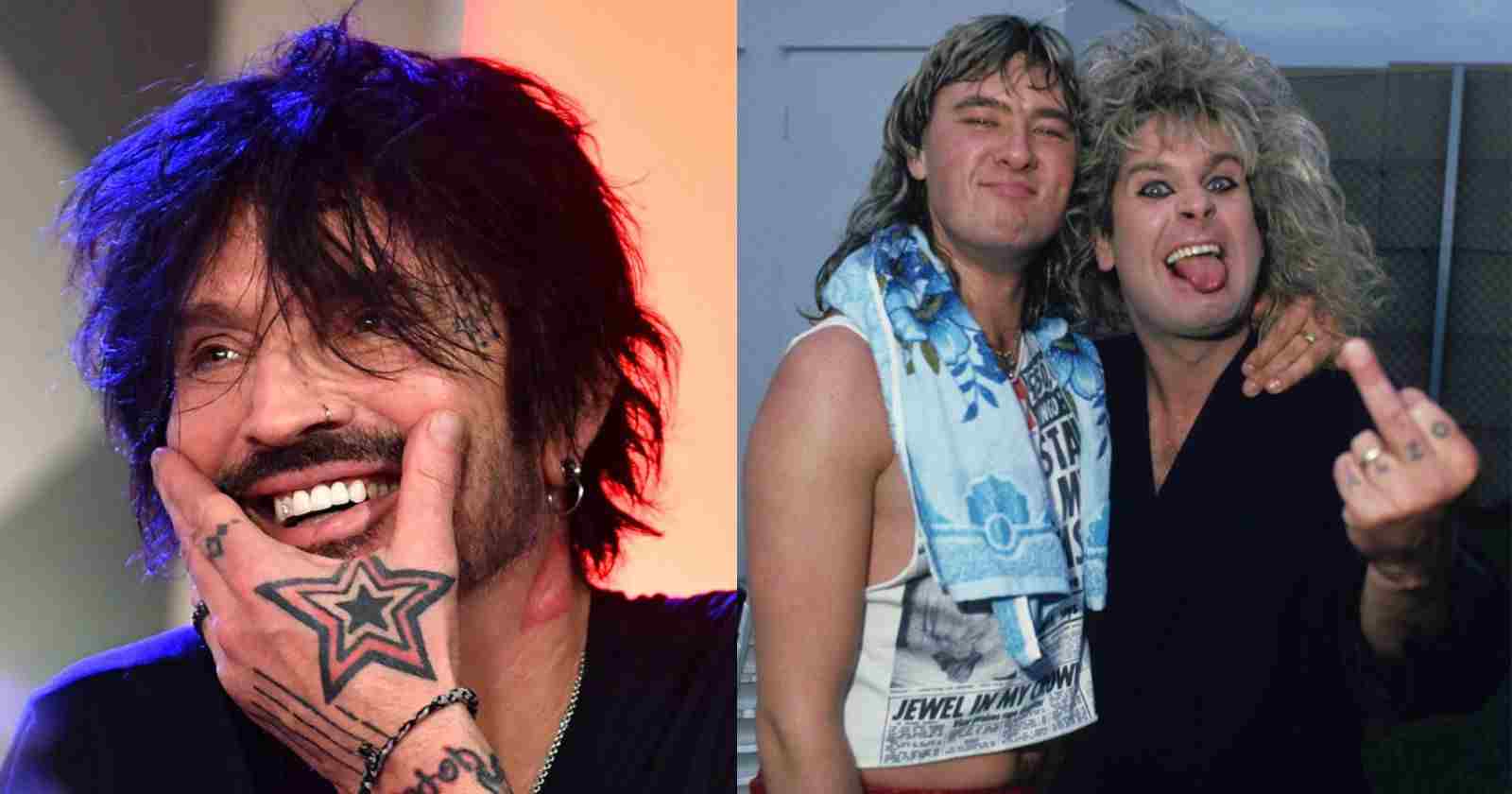 Mötley Crüe drummer Tommy Lee said in an interview with “Rock This With Allison Hagendorf” that the band’s tour with Ozzy Osbourne back in 1984 was crucial for their success. The musician said that it was the first opportunity they had to play in sold out arenas.

Tommy Lee says Mötley Crüe tour with Ozzy was crucial for their success:

“When Ozzy Osbourne took us out, that was the first time we got the opportunity to play in front of 18, 20 thousand people every single night in sold-out arenas. And we went from being this cool new band to [makes exploding sound]. It literally catapulted [our career]. We were, like, ‘What is happening? This is insane.'”

“And we were just hanging on. It was that crazy. And I really believe that that tour — it was the ‘Bark At The Moon’ tour; I think that was around our ‘Shout At The Devil’ era time — and it just took off. So I’m always indebted and grateful to Ozzy for doing that, because that really launched us into some crazy shit.”

Mötley Crüe’s tour with Ozzy is always remembered as one of the craziest stories in rock history, that was told by Nikki Sixx on the band’s book and movie “The Dirt”:

“I handed [Ozzy] the straw, and he walked over to a crack in the sidewalk and bent over it. I saw a long column of ants, marching to a little dugout built where the pavement met the dirt. And as I thought, ‘No, he wouldn’t,’ he did. He put the straw to his nose and, with his bare white ass peeking out from under the dress like a sliced honeydew, sent the entire line of ants tickling up his nose with a single, monstrous snort.”

“He stood up, reared back his head, and concluded with a powerful rightnostriled sniff that probably sent a stray ant or two dripping down his throat. Then he hiked up the sundress, grabbed his dick, and pissed on the pavement. Without even looking at his growing audience — everyone on the tour was watching him while the old women and families on the pool deck were pretending not to. He knelt down and, getting the dress soggy in the puddle, lapped it up.”

“He didn’t just flick it with his tongue, he took a half-dozen long, lingering, and thorough strokes, like a cat. Then he stood up and, eyes blazing and mouth wet with urine, looked straight at me. ‘Do that, Sixx!'”