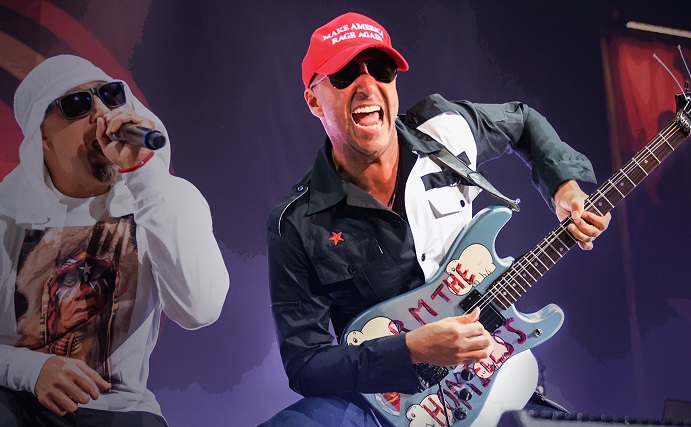 In a interview with Total Guitar, the guitarist Tom Morello revealed which song he would like to me remembered for.

“There’s quite a few, to be honest. But the one that continues to have the visceral impact everywhere from South Korea to Johannesburg is [RATM’s 1992 track] ‘Killing in the Name.’

“That song even went to the top of the pop charts in the UK over Christmas in 2010, long after its original release. I still hear it everywhere around the world now… and of course, I’m very happy about that.”

Thomas Baptiste Morello (born May 30, 1964) is an American musician, singer, songwriter, actor and political activist. He is best known for his tenure with the band Rage Against the Machine and then with Audioslave. As of 2016, Morello is a member of the supergroup Prophets of Rage. Morello was also a touring musician with Bruce Springsteen and the E Street Band. He is also known for his acoustic solo act, the Nightwatchman, and Street Sweeper Social Club. Morello also co-founded Axis of Justice, which airs a monthly program on Pacifica Radio station KPFK (90.7 FM) in Los Angeles.

Born in Harlem, New York and raised in Libertyville, Illinois, Morello became interested in music and politics while in high school. He attended Harvard University and earned a Bachelor of Arts degree from the Committee on Degrees in Social Studies. After his previous band Lock Up disbanded, Morello met Zack de la Rocha, and the two founded Rage Against the Machine together, going on to become one of the most popular and influential rock acts of the 1990s.