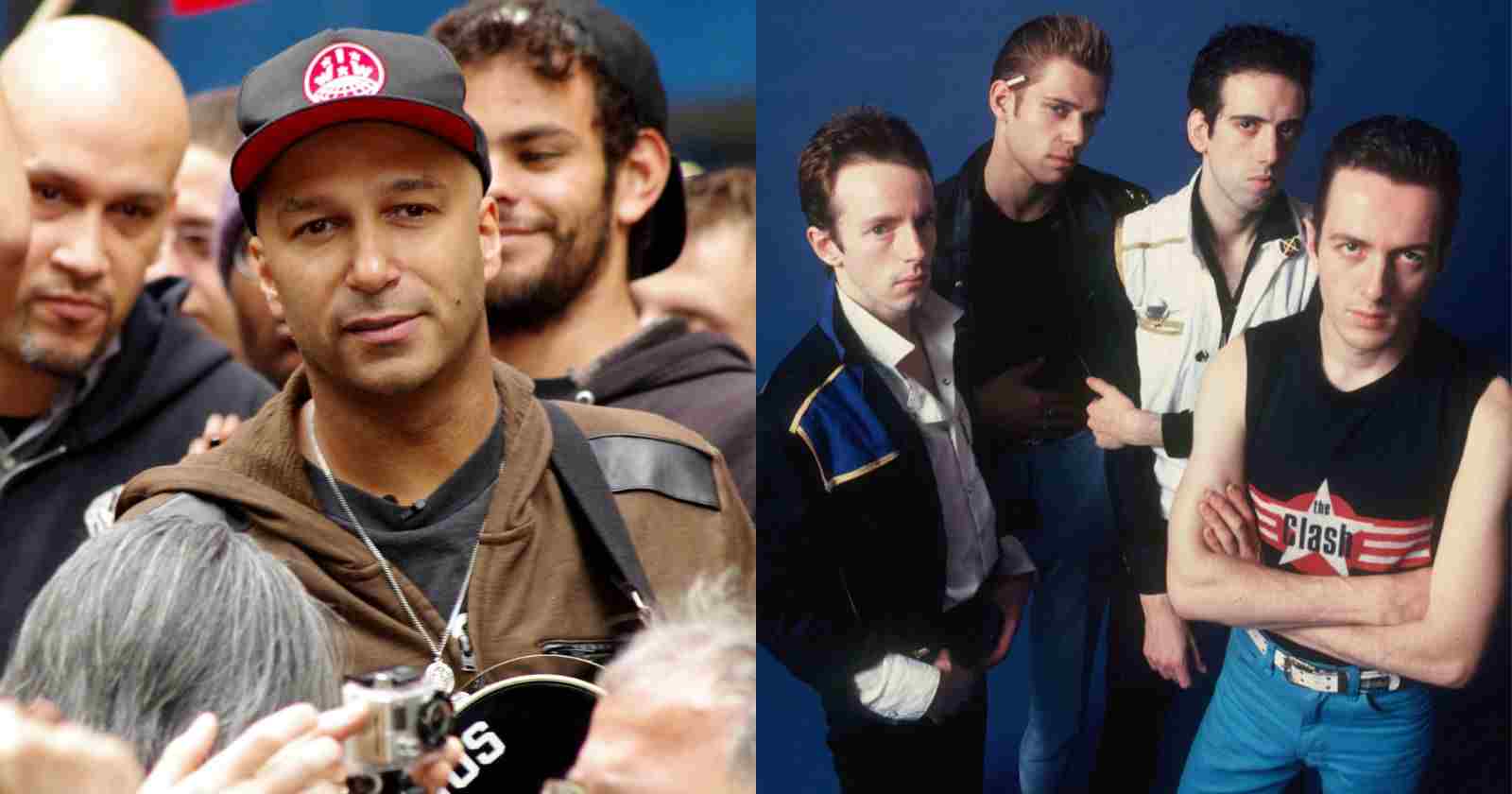 Rage Against The Machine and Audioslave guitarist Tom Morello explained in an interview with Classic Rock magazine why The Clash is his favorite band of all time. The musician also revealed why the Clash’s album “London Calling” is so important to him.

Tom Morello explains why The Clash is his favorite band of all time:

“The Clash are my favourite rock’n’roll band of all time. London Calling was the launching point for my love of the band. Until I discovered punk, I was a heavy metal fan and it was the cover of that album that first piqued my interest and made me think: ‘Who is this great new heavy metal band?’”

“It was at a time that I was becoming politically aware, and here was a band who made me feel that I wasn’t alone. So it was a band that told the truth – unlike my president, unlike the people on the national news, unlike my teacher – and I thought: ‘I’m in’.”

“I wrote my first political song immediately in the aftermath of listening to London Calling. It was called Salvador Death Squad Blues. So the possibility of combining kick-ass music and lyrical content that mattered became real.”

“At the time, it was said of The Clash that they were the only band that mattered, and it really felt that way. The Clash were more than a punk band, they were much more musically adventurous, and London Calling was really the record where they incorporated music from around the world and every song sounded like The Clash.”

“The album was a revelation; it really made anything seem possible, like you could play a reggae song, or a hard rock song. So London Calling made me realised that there were bands out there who were willing to tell the truth and in an unflinching, uncompromising way where every note of music and every lyric mattered. That was brand new to me. And they had outfits that looked cool.”

“I’ve played the song London Calling in countless cover bands throughout the years. I wasn’t exactly sure what Joe Strummer was going on about. But it felt apocalyptic and I knew he was right. The subtlety and the humour in his lyrics is sometimes overlooked. That guy did great lyrics. There’s so much going on; Joe Strummer was a deep cat.”

“It was also the first album I ever saw that had a parental advisory sticker, and that too added to its allure and danger. I couldn’t believe that there was a band for me. Up until that point, I was settling. When I discovered The Clash I didn’t have to settle anymore.”