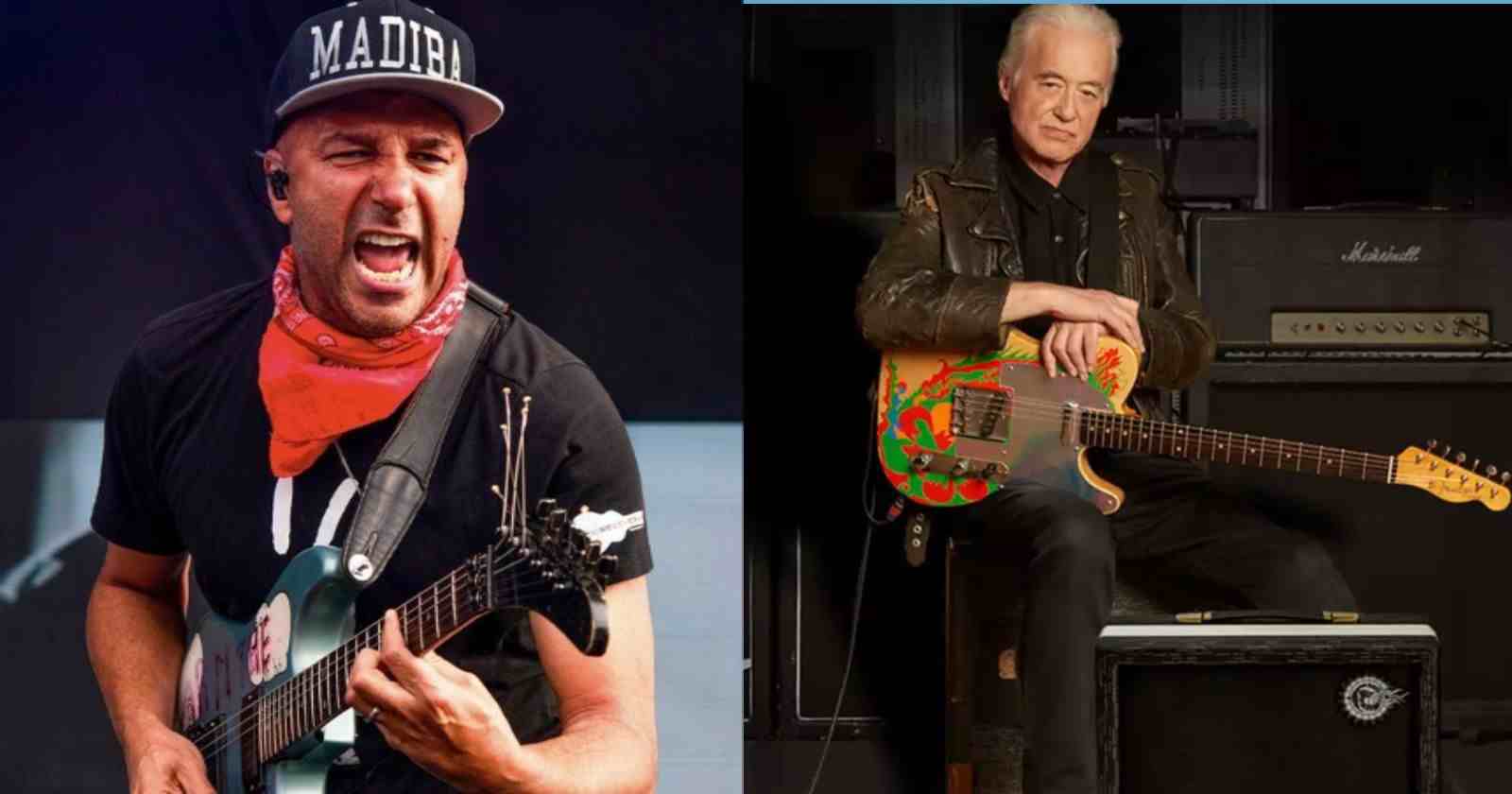 Rage Against the Machine and Audioslave guitarist Tom Morello revealed he is learning a lot during quarantine hearing Jimmy Page‘s guitar on Led Zeppelin songs. The musician said in an interview with Guitar World that he is learning the songs to teach his 9 year-old son them.

“I’ve also been playing a lot with my nine-year-old, who is an aspiring guitarist who loves Led Zeppelin. So I’ve been really learning those songs to teach them to him. I know the riffs and I’ve jammed a few of them in different bands, but I’ve really been immersing myself in the subtleties of Jimmy Page’s playing. It’s been very eye-opening and has made me want to incorporate some of that into my own playing.”

“We’ve been learning a lot of the voicings and stuff from ‘The Song Remains the Same’ [1976] record where he’s covering multiple guitar parts while weaving his way through the songs. I found it really interesting.”

“E Street Band notwithstanding, I’ve always been the only guitar player in a band. So it’s been good to see how he breaks down these often-complicated interlocking parts and makes a powerful and compelling single guitar performance out of them. We’ve been doing that a lot. The live versions of ‘Stairway’ and ‘Whole Lotta Love’ on that are masterclasses for that style.”

He also said that his family is taking all the precautions to secure his 96 year-old mother:

I just now discovered that your mother is EPIC! pic.twitter.com/GnqGpLQ7vA

“I have a studio at my home but I am not an engineer. I have a 96-year-old mom who lives on the premises, so we’re super-locked down here. Nobody comes in and nobody comes out. Usually, the only knob they let me touch in the studio is the volume knob.”

“So I’ve been recording all my new guitar parts on my iPhone. I just hold it up to the amp. It makes me think I’ve wasted money on mics – because it sounds pretty fucking good…”