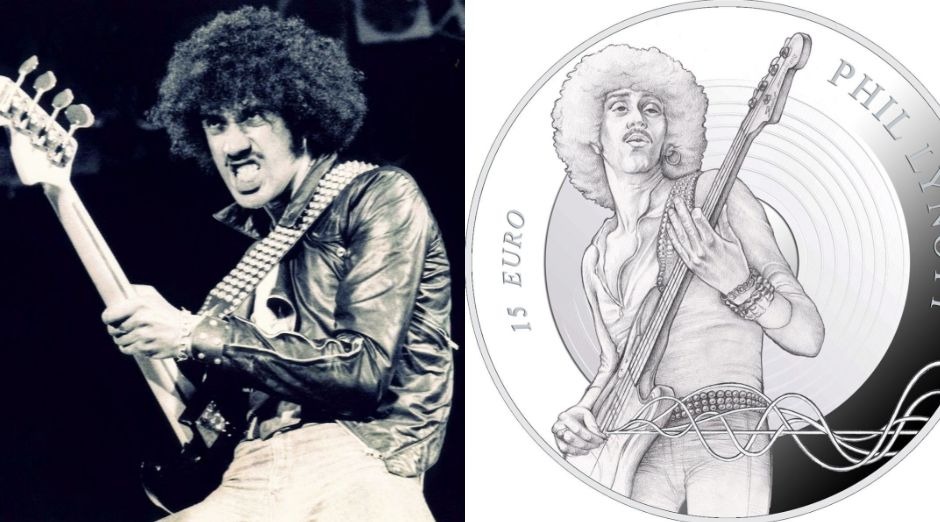 The Central Bank of Ireland has announced that it will launch a limited edition silver coin of € 15 next month in honor of the great Phil Lynott, legendary Thin Lizzy singer and bassist. The musician would celebrate his 70th birthday this year, and the bank is ready to launch 3000 coins on November 27.

It will be the second in a three-coin series titled Modern Irish Musicians, which began with Rory Gallagher in 2018 and will continue with Dubliners co-founder Luke Kelly in 2020. 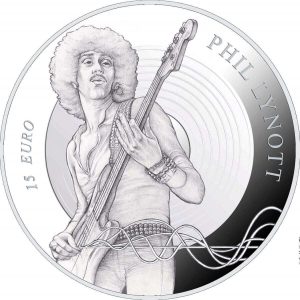 The coin, which will cost € 65, will be available for purchase at collectorscoins.ie.

Earlier this month, two € 1 stamps – one with a portrait of Lynott and the other showing the cover of Thin Lizzy’s “Black Rose” album, were sold in Ireland. The pair of stamps was released to commemorate the band’s 50th anniversary.

In January it was revealed that a movie about Lynott’s life was being planned. Titled “Phil Lynott: Songs For While I’m Away”, it will be directed by Irish filmmaker Emer Reynolds, who will be joined by Cowtown Pictures producers Alan Maher and John Wallace, while Peter Worsley of Eagle Rock Films will also be involved. .

It will feature contributions from Scott Gorham, Eric Bell and Darren Wharton from Thin Lizzy, James Hetfield from Metallica, Adam Clayton from U2, Huey Lewis, Suzi Quatro and more.