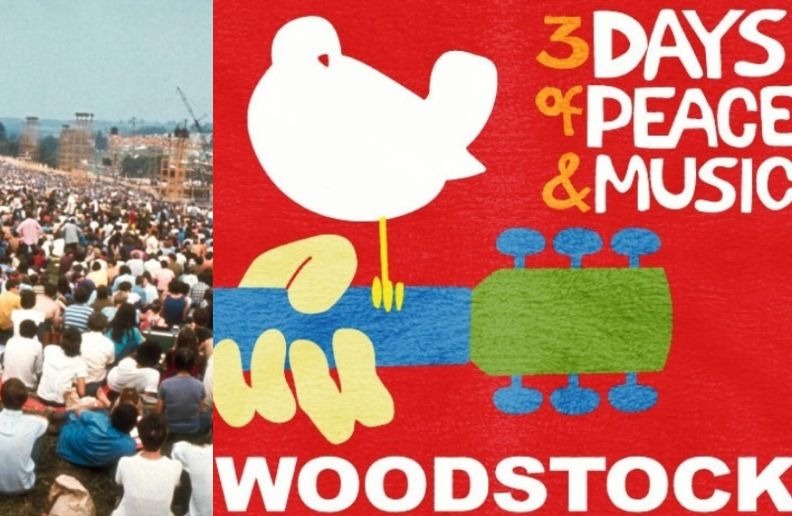 Woodstock festival celebrates 50 years since its first edition and there is a little confusion that came up when two festivals were announced to celebrate the five decades, because there are two festivals that will happen on the same dates and in close proximity.

Over the sometimes rainy weekend, 32 acts performed outdoors. It is widely regarded as a pivotal moment in popular music history, as well as the definitive nexus for the larger counterculture generation. Rolling Stone listed it as number 19 of the 50 Moments That Changed the History of Rock and Roll.

The event was captured in the Academy Award-winning 1970 documentary movie Woodstock, an accompanying soundtrack album, and Joni Mitchell’s song “Woodstock”, which commemorated the event and became a major hit for both Crosby, Stills, Nash & Young and Matthews Southern Comfort. Joni Mitchell said, “Woodstock was a spark of beauty” where half-a-million kids “saw that they were part of a greater organism”. In 2017, the festival site was listed on the National Register of Historic Places.