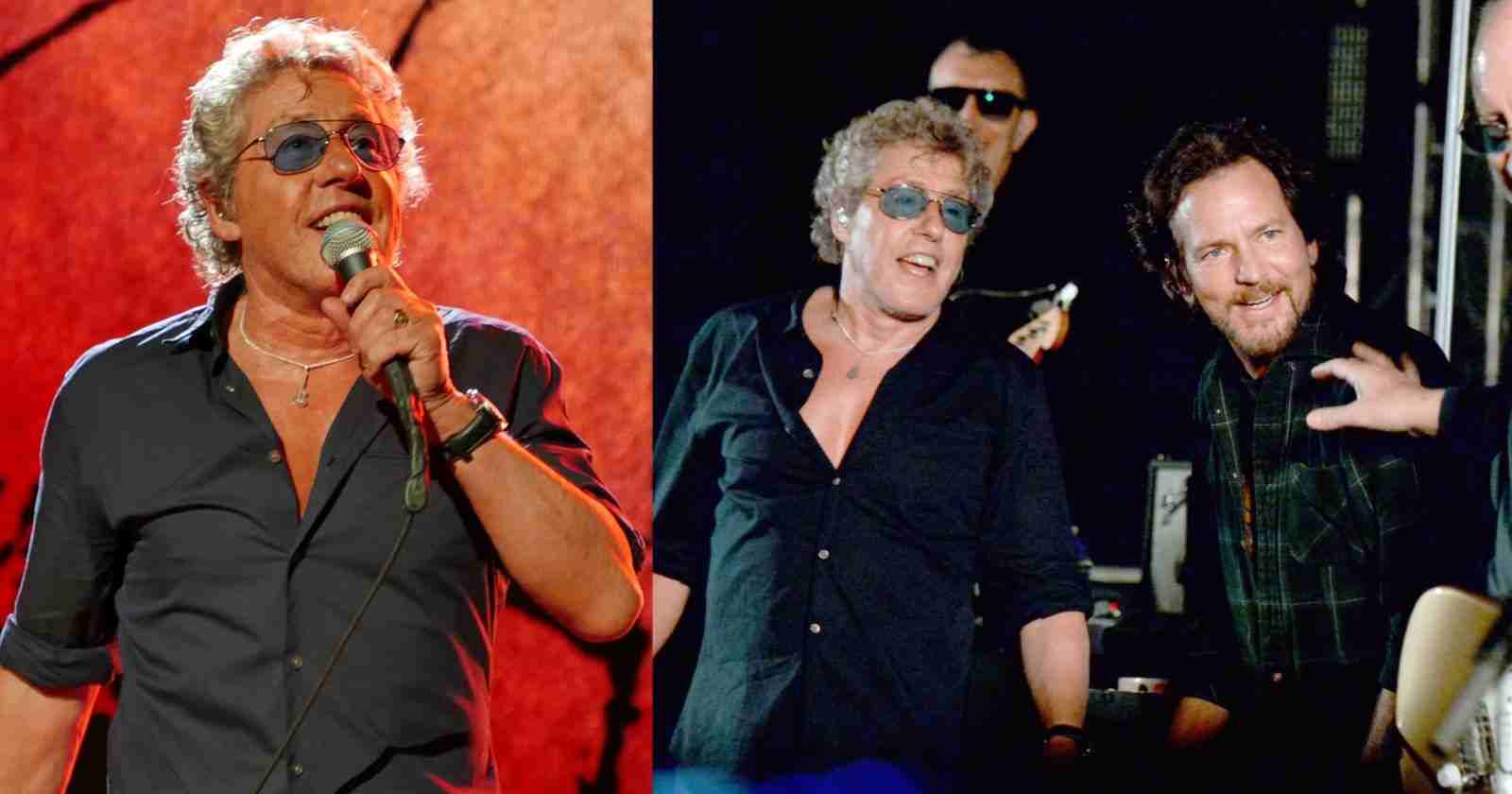 The Who vocalist Roger Daltrey talked in an interview with Meet My Inspiration about the late legendary guitarist Jimi Hendrix and Pearl Jam vocalist Eddie Vedder. The musician recalled that Hendrix was a quiet person off stage.

The Who vocalist Roger Daltrey said about Jimi Hendrix:

“You had to see Jimi live completely get it, he wasn’t the wild man off stage that he was on stage. He was very quiet, very poetic. He used to call me ‘Witch Hazel’, I don’t know why (laughs), I don’t know what he meant. He’s just speaking poetry, you know.”

“But when you saw him on stage that’s when you understood what he was. You would never seen anything like it. You can see him on film and it’s great, but to actually be there, the charisma of the man was extraordinary. He was something so special, I don’t think that anyone as a guitarist is ever going to beat that.”

“Ed, what can you say about Ed. I love him as a singer, I think he’s got a different quality that anyone else and he’s a real singer, Ed really sings, you know, not just a screamer. Because I’m not a big fan of Heavy Metal music and all that screaming stuff, I don’t get it, all sounds the same to me (laughs), it’s kind of not music. But Ed is just a wonderful guy, he’s got his feet on the ground. That’s what I like about him and he’s gave a big support to our charity work.”

The Blues, Beatles and The Rolling Stones

Roger also talked about the Blues, Rolling Stones and Beatles: “Obviously we didn’t suffered the issues that were going on in the black community in America in those days. But we were the lowest rung of the ladder you could possibily hit at that time. So it spoke to us from that position. It was the rhythms of it and again the fact it wasn’t polished, it was raw, that appeals to young people, that’s why I like Punk, it’s raw and that’s an energy that goes with youth. So that spoke to us and those guys were our idols, all of them came over here and they were treated like gods, they couldn’t believe it (laughs). It was wonderful to see their faces, because we were standing there mimicking them.”

“I saw Jimmy Reed, Howling Wolf, Sonny Boy Williamson, Johnny Hooker, we saw them all. The main one that used to play with us was Sonny Boy Williamson, he would just come up and he “You mind I do a number with you’ and he was always in the same suit, I don’t know what kind of material it was, was so old and shiny, you could see your face in it the material, because it was so shiny and he had this little red box of  harmonicas, always with a bottle of Johnny Walker scotch and we were so like in awe, you know, ‘It’s Sonny Boy Williamson playing a song with us’.