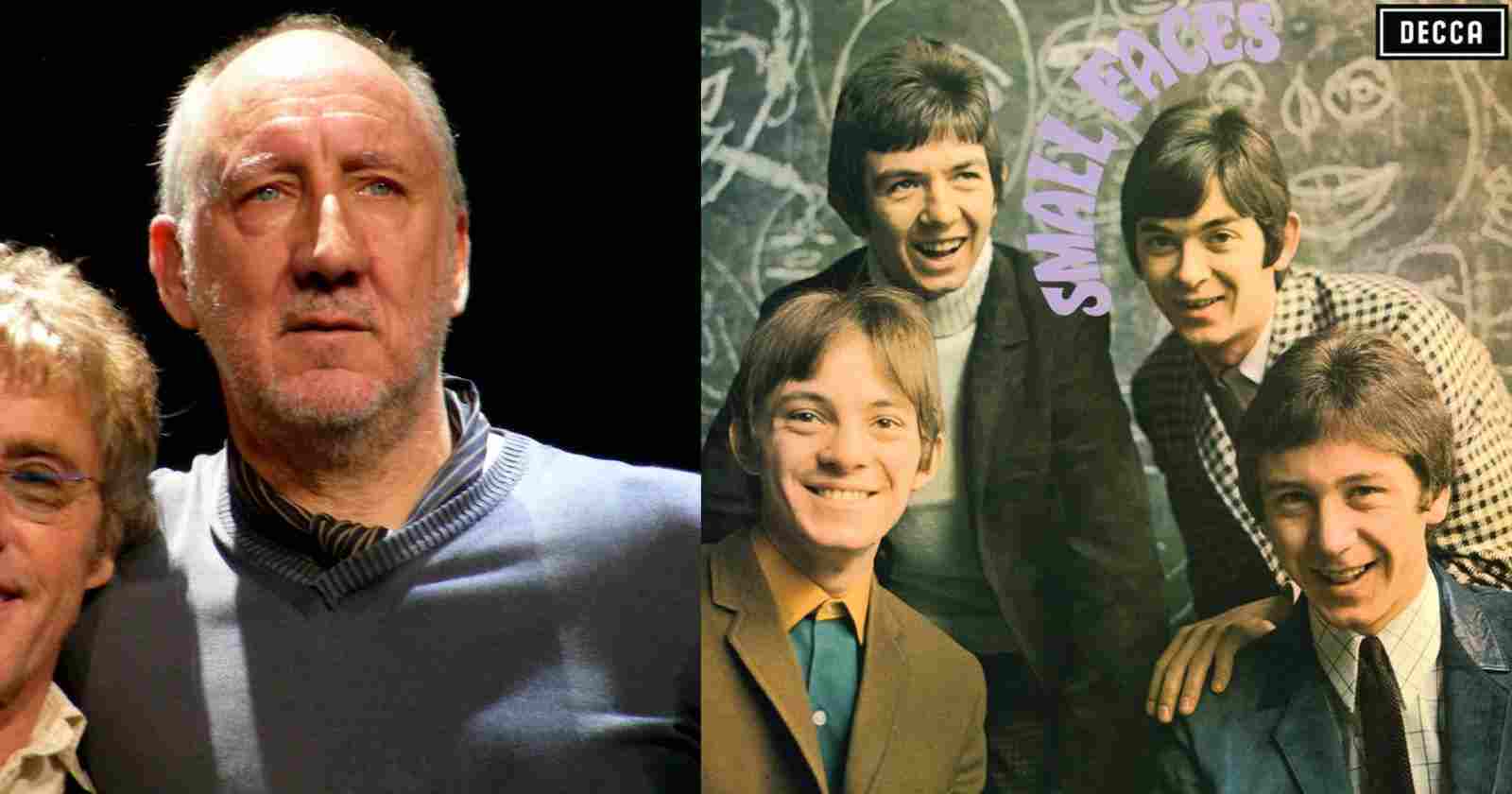 The Who guitarist Pete Townshend recalled in an interview with UNCUT Magazine his friendship with The Small Faces and The Faces (Evolution of the band when Ronnie Wood and Rod Stewart joined them).

The Who’s Pete Townshend recalls his friendship with The Small Faces:

“Oh, yeah. Ronnie Lane and I used to spend huge amounts of time together. He was my best friend. He’d moved to Twickenham two months after I’d moved there, and we used to see each other twice a week if we weren’t on tour. We’d play together, record demos together. He was a really extraordinary guy. But was a bit like Neil Young, in that he had his own space that he was going to occupy, musically, and never deviated from it.”

“I was close to the other Small Faces, too. I knew Stevie [Marriott] very well and would go down to his cottage in Essex. So I used to try to fucking save him, because I thought he was going to die. He was in bad shape. But I knew Mac [Ian McLagan] and the guy that played keyboards and guitar for the band [Jimmy Winston] before Ian came in.”

“I was close to Kenney [Jones] as well. I’d go along to their recording sessions, which were in Olympic Studios, down the road from where I was living in Twickenham.”

“I used to love the way they worked in the studio; it was all about having a laugh. Later, when the Faces came together with Ronnie Wood and Rod Stewart, hanging out with them was the best place to be on the planet. Being in The Who was fucking grim by comparison.”

“I don’t know what it says about those years, but I don’t think Roger could’ve been having a very nice time, although he had some beautiful girlfriends. Apart from that, I think he was sort of a permanent outcast. It must have been horrible for him.”

Continue Reading
You may also like...
Related Topics:CLASSIC ROCK, Featured, interviews, news, pete townshend, small faces, the faces, the who