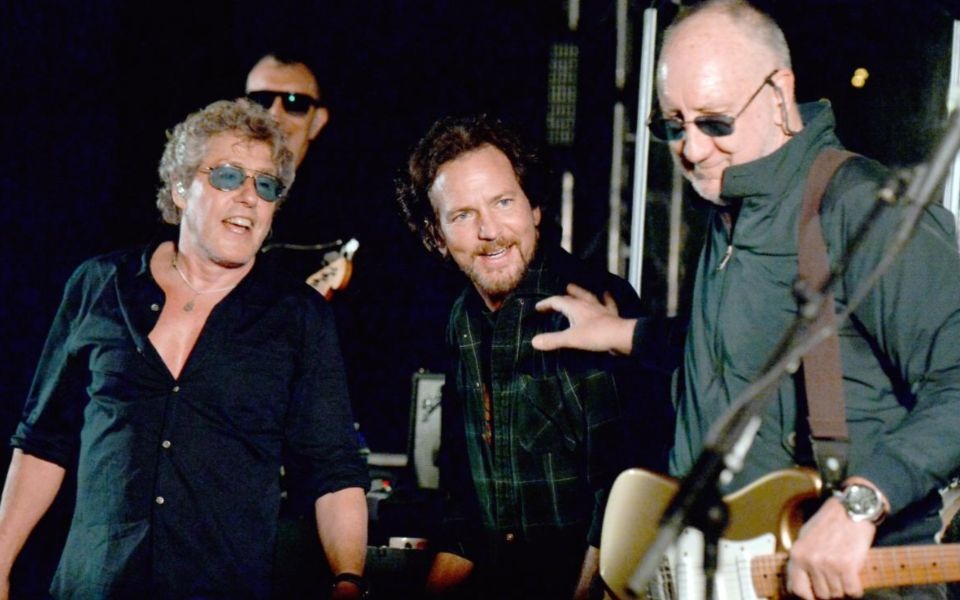 The Who made a big concert with orchestra on Saturday, July 6, at Wembley Stadium in London, where they showed two new songs: “Hero Ground Zero” and “Still Waiting For The Big Cigar”.

The show also featured the special guest starring Eddie Vedder (Pearl Jam), who took the stage during “The Punk And The Godfather”, featured in the section where they showed much of the album “Quadrophenia”.

See below two amateur videos of the performances:

“I had to bully him to respond, and then it wasn’t the response I wanted. He just blathered for a while and in the end I really stamped my foot and said, ‘Roger, I don’t care if you really like this stuff. You have to sing it. You’ll like it in 10 years time.’”