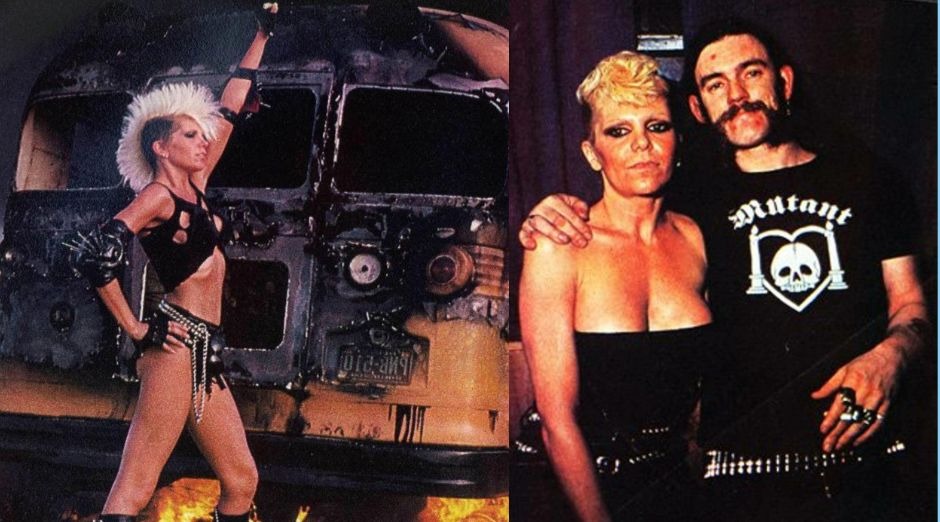 The punk rock queen Wendy O. Williams was born in the city of Webster, Nova York, USA, on May 28, 1949. W.O.W started its career in the band Plasmatics. She was extremely radical, using a Mohican as a haircut to perform explosive performances on stage, including with nudity.

W.O.W was nominated to the 1985’s Grammy Awards when, at the time, its band was very successful. She attended R.L. Thomas High School (a public school in Webster City), but apparently dropped out before graduating. At age 16, she hitchhiked to Colorado, where she made money selling bikinis.

In 1976, she arrived at the Port Authority Bus Terminal in New York City, where she saw a Rod Swenson music ad. She answered the ad and contacted Swenson, better known as Captain Kink. A chemistry was born between them, and Williams, then only 22, started a relationship with him. Two years later, this relationship gave rise to Plasmatics.

The band was formed by Jean Beauvoir, Chosei Funahara, Stu Deutsch, Chris Romanelli, Richie Stotts and Wes Beech. Their career began in 1978 and lasted ten years – in the meantime, both the band and the singer collaborated with groups such as Kiss and Motörhead. His work with Kiss, especially with Gene Simmons, resulted in the production of the 1984 album W.O.W.

Wendy O. Williams was a vegetarian, contributed some animal welfare agencies, and acted in cult films. During this time, Wendy was estranged from music, in 1991 she moved to Storrs where she lived with her longtime companion, businessman Rod Swenson.

Wendy committed suicide at age 48 in a wooded area near her home. Williams’ longtime companion and onetime manager found her body in the woods just outside of their Storrs, Conn., home.

“The act of taking my own life is not something I am doing without a lot of thought.”

“I don’t believe that people should take their own lives without deep and thoughtful reflection over a considerable period of time.”

“I do believe strongly, however, that the right to do so is one of the most fundamental rights that anyone in a free society should have.”

“For me much of the world makes no sense, but my feelings about what I am doing ring loud and clear to an inner ear and a place where there is no self, only calm .”