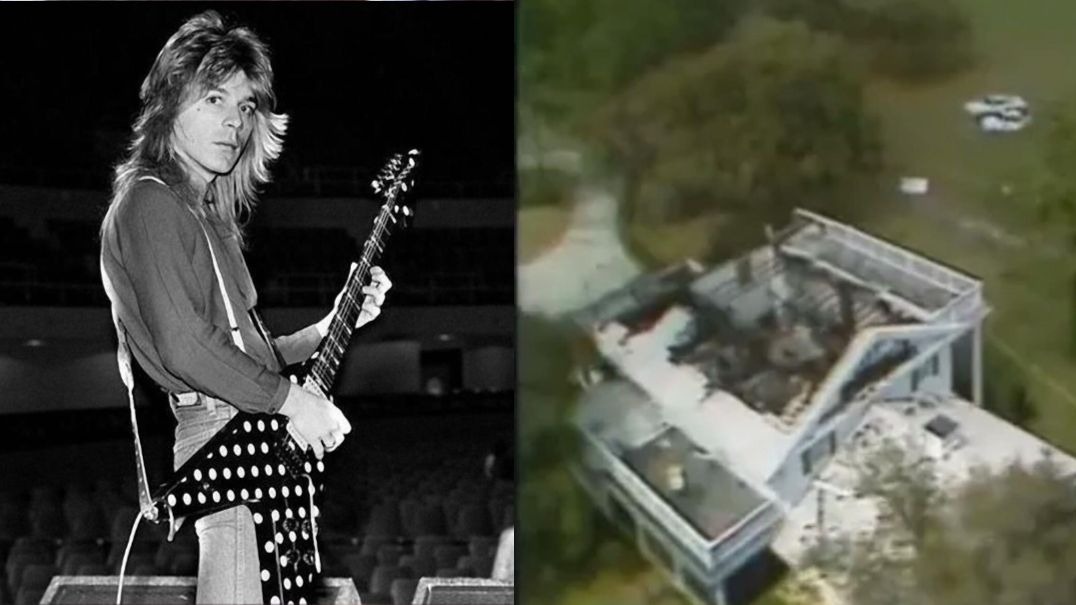 In 1979, ex-Black Sabbath vocalist Ozzy Osbourne was in Los Angeles, attempting to form a new band. An acquaintance of Rhoads’ from the LA club circuit, future Slaughter bassist Dana Strum, phoned Rhoads relentlessly to coax him into auditioning. Rhoads initially told Quiet Riot bandmate Rudy Sarzo that he wasn’t really interested in auditioning, but finally agreed to go simply to get Strum off his back.

Rhoads got the call for the audition just before his final show with Quiet Riot in September 1979. The day before Osbourne was scheduled to return to England, Rhoads agreed to audition for Osbourne at a Los Angeles studio with his Gibson Les Paul guitar and a practice amp and started warming up. Osbourne, who was very inebriated on that day, said of the audition “He played this fucking solo and I’m like, am I that fucking stoned or am I hallucinating or what the fuck is this?!” Osbourne has maintained that he immediately gave him the job.

Rhoads recalled later, “I just tuned up and did some riffs, and he said, ‘You’ve got the gig’; I had the weirdest feeling, because I thought, ‘You didn’t even hear me yet'”. After the audition, Rhoads returned to Musonia and told Sarzo that he had never actually met Osbourne, who was drunk and remained in the studio’s control room the entire time.

Rhoads played his last show on Thursday, March 18, 1982, at the Knoxville Civic Coliseum. The next day, the band was heading to a festival in Orlando, Florida. Osbourne recalls his final conversation with Rhoads that night on the bus involved the guitarist admonishing him over his heavy drinking.

On the first flight, Aycock took keyboardist Don Airey and tour manager Jake Duncan.He then landed and a second flight took to the air with Rhoads and makeup artist Rachel Youngblood aboard. Rhoads had tried unsuccessfully to coax bassist Rudy Sarzo to join him on the flight, but Sarzo chose to get some extra sleep instead. During the second flight, attempts were made to ‘buzz’ the tour bus.

Aycock succeeded in making two close passes, but botched the third attempt. At approximately 10 am, after being in the air for approximately five minutes, one of the plane’s wings clipped the top of the tour bus, breaking the wing into two parts and sending the plane spiraling out of control. The initial impact with the bus caused Rhoads’ and Youngblood’s heads to crash through the plane’s windshield.

The plane then severed the top of a pine tree and crashed into the garage of a nearby mansion, bursting into flames. Keyboardist Don Airey was the only member of the band to witness the crash, because the rest were asleep in the bus. Rhoads (25) was killed instantly, as were Aycock (36) and Youngblood (58). All three bodies were burned beyond recognition, and Rhoads was identified by dental records and personal jewelry. According to Sharon Osbourne, who was asleep in the bus and awoken by the crash, “They were all in bits, it was just body parts everywhere”.

“At approximately 9:00 a.m. on Friday, March 19, 1982, I was awoken from my sleep by a loud explosion. I immediately thought that we’d hit a vehicle on the road. I got out of the bed, screaming to my fiancée, Sharon, ‘Get off the bus.’ Meanwhile, she was screaming to everyone else to get off the bus.”

“After getting out of the bus, I saw that a plane had crashed. I didn’t know who was on the plane at the time. When we realized that our people were on the plane, I found it very difficult to get assistance from anyone to help. In fact, it took almost a half-hour before anyone arrived.”

“One small fire engine arrived, which appeared to squirt three gallons of water over the inferno. We asked for further assistance, such as telephones, and didn’t receive any further help. In the end, we finally found a telephone and Sharon phoned her father.”

The band was scheduled to perform at an outdoor festival called Rock Super Bowl XIV later that day in Orlando. Though the event was not canceled, promoters offered refunds to all ticket holders.

Bob Daisley and Lee Kerslake, who had recorded Blizzard of Ozz and Diary of a Madman with Rhoads and had been recently fired from Osbourne’s band, were together in Houston, Texas with Uriah Heep when they heard news of the accident. Kerslake recalled in 2002:

I was already sitting at the bar when Bob Daisley came into the bar. I turned and looked at Bob and said, ‘Fuck, you have gone all white. What is wrong?’ Bob said, ‘Lee, there was a plane crash this morning and Randy was in it… and he is dead.’ That was it. Oh God, to hear that – I just turned and cried my eyes out. Bob and me were crying our eyes out over him, cause we loved him. He was such a lovely guy.