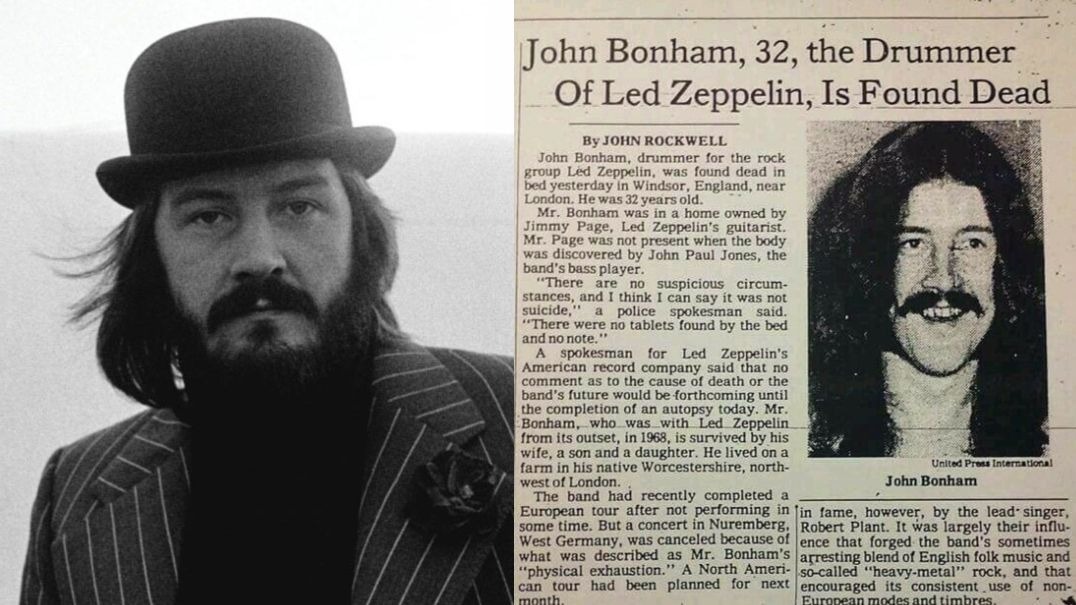 One of the greatest rock and roll drummers ever, Led Zeppelin’s John Bonham left us too soon, with only 32 years old, the musicians death was declared accidental

Back in September 24, 1980, Bonham was picked up by Led Zeppelin assistant Rex King to attend rehearsals at Bray Studios for a tour of North America, to begin 17 October in Montreal, Canada – the band’s first since 1977.

During the ride, the drummer asked to stop for breakfast, where he drank four quadruple vodka screwdrivers (16 shots between 400 and 560 ml, also equivalent to 9–13 American standard drinks). After that, he continued to drink after arriving at the band rehearsal. After their rehearsal was over stopped rehearsing, he went to Page’s house, the Old Mill House in Clewer, Windsor.

Just after midnight on Thursday, September 25, Bonzo fell asleep and someone took him to bed and placed him on his side. The band’s tour manager Benji LeFevre and John Paul Jones found him unresponsive only in the next afternoon.

An autopsy found no other recreational drugs in Bonham’s body. According to Rolling Stone, he was on a medication for anxiety and depression at this time. Bonham’s remains were cremated and his ashes interred on 12 October 1980, at Rushock parish church, Worcestershire.

Rather than replace Bonham, Led Zeppelin decided to stop playing together as a band. They said in a press release on 4 December 1980: “We wish it to be known that the loss of our dear friend and the deep respect we have for his family, together with the sense of undivided harmony felt by ourselves and our manager, have led us to decide that we could not continue as we were.” It was signed “Led Zeppelin”.