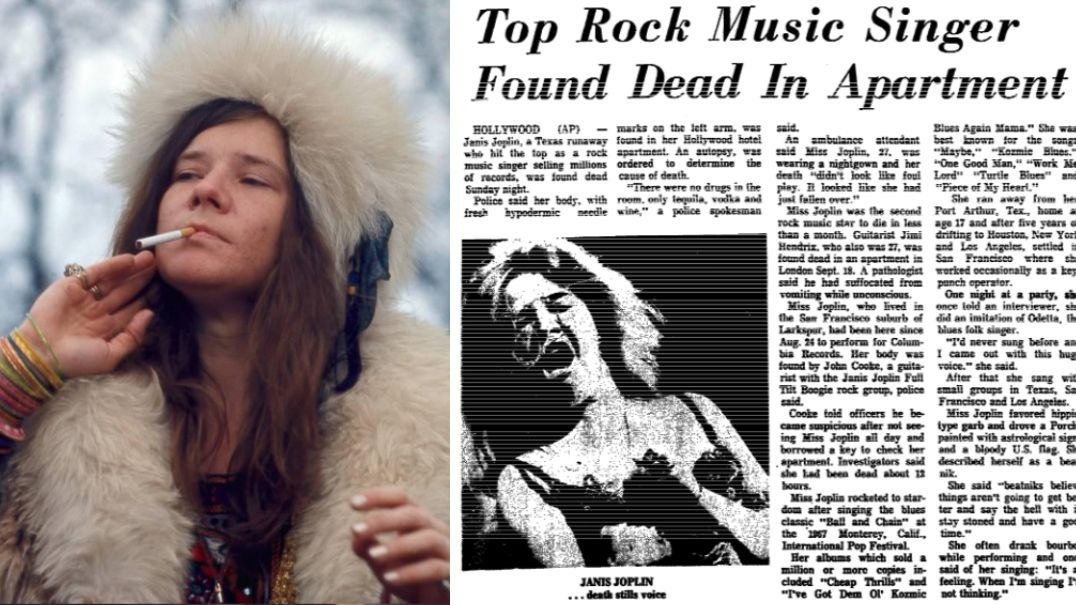 Janis Lyn Joplin (January 19, 1943 – October 4, 1970) was an American rock, soul, and blues singer and songwriter, and one of the most successful and widely known female rock stars of her era.

On Sunday evening of October 4, 1970 the producer Paul Rothchild became concerned when Joplin failed to show up at Sunset Sound Recorders for a recording session. Full Tilt Boogie’s road manager John Cooke then drove to the Landmark Motor Hotel in Hollywood where Joplin was staying. He saw Joplin’s psychedelically painted Porsche 356 C Cabriolet in the parking lot and upon entering Joplin’s room (#105) found her dead on the floor beside her bed.

The official cause of death was a heroin overdose, possibly compounded by alcohol. Cooke believes Joplin had been given heroin that was much more potent than normal, as several of her dealer’s other customers also overdosed that week. Her death was ruled as accidental.

Peggy Caserta and Seth Morgan had both failed to meet Joplin the Friday immediately prior to her death, October 2, and Joplin had been expecting both of them to keep her company that night. According to Caserta, Joplin was saddened that neither of her friends visited her at the Landmark as they had promised. During the 24 hours Joplin lived after this disappointment, Caserta did not phone her to explain why she had failed to show up.

Caserta admitted to waiting until late Saturday night to dial the Landmark switchboard, only to learn that Joplin had instructed the desk clerk not to accept any incoming phone calls for her after midnight. Morgan did speak to Joplin via telephone within 24 hours of her death, but it is not known whether he admitted to her that he had broken his promise.

Joplin was cremated at Pierce Brothers Westwood Village Memorial Park and Mortuary in Los Angeles, California, and her ashes were scattered from a plane into the Pacific Ocean.