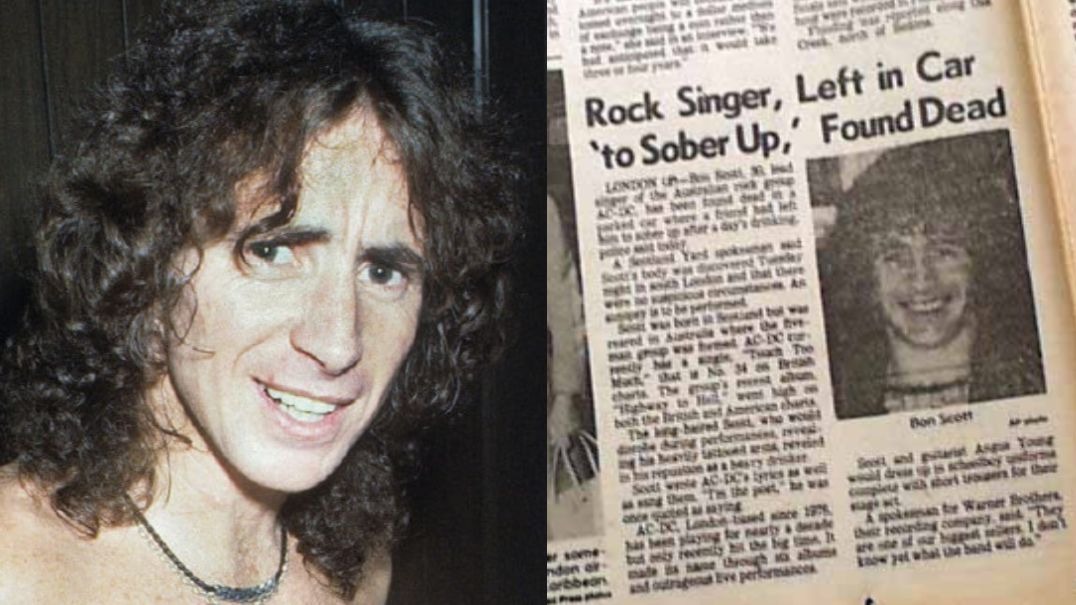 Bon Scott was one of the biggest rock and roll singers of all time, the first famous voice from the legendary Aussie band AC/DC. He unfortunately he left us too soon in a tragic way at the age of 33 back in 1980.

On 15 February 1980, Scott attended a session where Malcolm and Angus Young were working on the beginnings of two songs that would later be recorded on the Back in Black album; “Have a Drink On Me” and “Let Me Put My Love Into You” with Scott accompanying on drums rather than singing or writing lyrics.

Days earlier, Scott had gone with Mick Cocks to visit their friends the French group Trust in the Scorpio Sound studio in London where they recorded the album Répression; Scott was working on the English adaptation of texts by Bernie Bonvoisin for the English version of the album. During this visit, the musicians did a jam session of “Ride On”. This improvised session was Scott’s last recording.

Some time during the late evening of 18 February and early morning of 19 February, Scott passed out and died at the age of 33. He had just visited a London club called the Music Machine (currently known as KOKO). He was left to sleep in a Renault 5 owned by a friend of Scott’s, Alistair Kinnear, at 67 Overhill Road in East Dulwich. 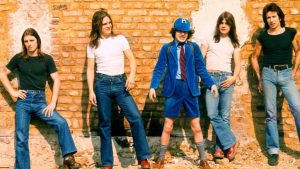 Later that day, Kinnear found Scott lifeless, and alerted the authorities. Scott was taken to King’s College Hospital in Camberwell, where he was pronounced dead on arrival. The chronology of events on 19 February and when exactly Scott was found dead has been challenged by Jesse Fink’s 2017 book Bon: The Last Highway, which quotes UFO guitarist Paul Chapman as having been informed early that morning by Scott’s friend Joe Fury that Scott was dead. Kinnear said he found Scott in the evening. Chapman claims Scott and Fury were with him the previous evening of 18 February and Scott left his apartment to buy heroin, never to return.

Fink’s book also reveals Scott and Kinnear were not alone in East Dulwich but with a third person, Zena Kakoulli, who stayed over at Kinnear’s apartment while Scott remained in the parked Renault. An updated edition of Fink’s book released in 2018 produces new evidence that a fourth individual, Kakoulli’s husband the rock musician Peter Perrett, was also with Scott, Kinnear and Kakoulli.

Fink contends that pulmonary aspiration of vomit was the cause of Scott’s death via a suspected heroin overdose, but the official cause was listed on the death certificate as “acute alcohol poisoning” and classified as “death by misadventure”.

As part of the funeral arrangements, Scott’s body was embalmed by Desmond Henley; it was later cremated and Scott’s ashes were interred by his family at Fremantle Cemetery in Fremantle. Inconsistencies in media accounts of Scott’s death, such as an incorrect spelling of Kinnear’s first name, have been cited in conspiracy theories, which suggest that Scott was killed by exhaust fumes redirected into the car, or that Kinnear did not exist. 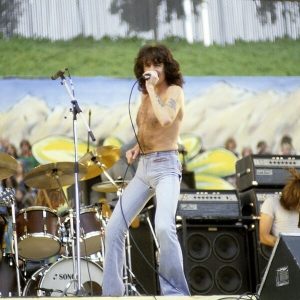 The latter has been disproven in Bon: The Last Highway, with the publication of Kinnear’s death certificate, issued by a Spanish court in 2015. Additionally, Scott was asthmatic, and while it has long been believed that the temperature was below freezing on the morning of his death, raising the possibility of hypothermia, Fink’s book reveals figures from the Met Office National Meteorological Archive showing that temperatures were in fact above average for that month and not freezing.

Shortly after Scott’s death, the remaining members of AC/DC briefly considered quitting; however, it was eventually decided that Scott would have wanted them to continue and with the Scott family’s encouragement, the band hired Brian Johnson as their new vocalist.

Five months after Scott’s death, AC/DC finished the work they began with Scott and released Back in Black as a tribute to him. The issue of whether Scott’s lyrics were used, uncredited, on the album remains an enduring topic of debate. In Fink’s Bon: The Last Highway, Scott’s girlfriends Silver Smith (now deceased) and “Holly X” (a pseudonym) both claim Scott wrote the song “You Shook Me All Night Long”.