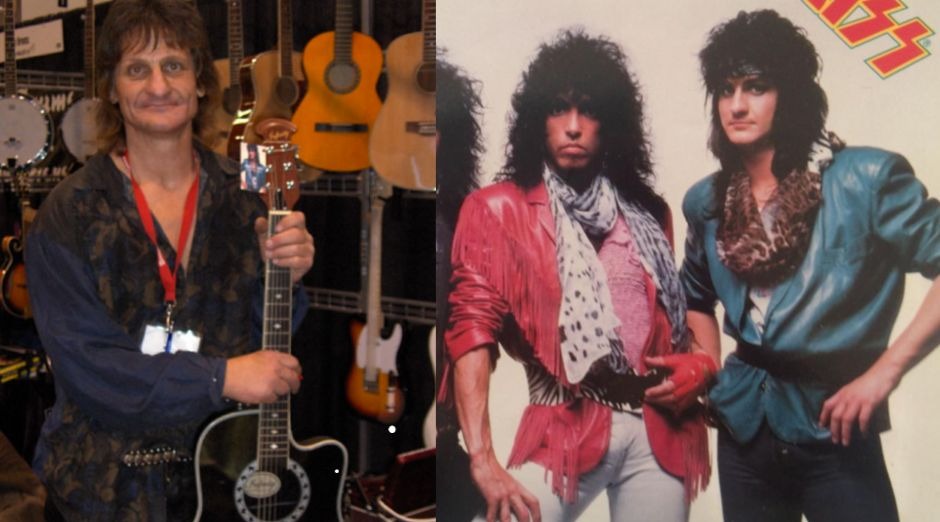 Kiss is one of the biggest rock bands of all time and had many musicians playing with Paul Stanley and Gene Simmons. One of them, that was in the band for a short period was Mark St John.

The guitarist was born Mark Norton, in February 7, 1956 in Hollywood, California. He was more interested in basketball than music until the end of high school, when he finally discovered his true destiny. He started playing guitar in 1972 as a hobby. After that, he became a respected teacher, session player and also guitarist for the Southern California cover band Front Page. 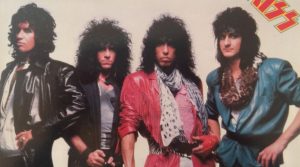 The guitarist was invited to join the band in the beginning of 1984 after Vinnie Vincent was fired due to personality issues. He was Kiss’ third official guitarist. Unfortunately he was a member for a short time. Being featured only on the album Animalize (1984), the second one of the band’s unmasked era. The work became one of the band’s most successful albums, specially for the hit “Heaven’s On Fire”. Also was the only time Mark appeared on a Kiss video was on the official video for the song.

Besides that, he was also the only member of the band that didn’t appeared on any album front cover. Since the album cover doesn’t show any member. However, he was on the photo that appears in the back cover.

St. John’s flashy playing reflected the era of Van Halen-influenced rock guitarists.  When the album was being recorded the relationship between Mark and Paul Stanley, Gene Simmons and Eric Carr wasn’t good. According to Paul Stanley it was difficult to put the guitar solos together, since Mark couldn’t play the same thing twice often. Therefore, Stanley had to overdub certain solo parts to make them work better with the song.

Sadly, the guitarist developed reactive arthritis. The disease caused his hands and arms to swell. He was unable to play with the band live, having performed only two entire concerts and one partial show, with Bruce Kulick playing the rest.

In December 8, 1984 he was officially replaced by Bruce. After that, his medical condition improved and he formed the band White Tiger that had  David Donato (lead vocals), his brother Michael Norton (bass/backing vocals), and Brian James Fox (drums). Demos that the band had recorded with producer Andy Johns and guitarist Neil Citron, prior to St. John joining,  helped Donato to be invited to lead Black Sabbath vocals, but for a short period, not even recording with the band. 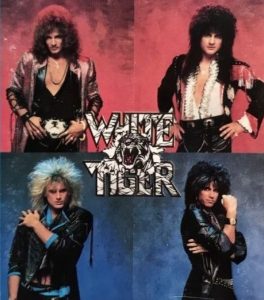 After this project, the guitarist recorded with Jeff Scott Soto in 1988 and drummer Peter Criss (Ex-Kiss) in 1990. He also appeared as a guest speaker at Kiss conventions. In 2001, St. John released an instrumental album entitled Magic Bullet Theory. Until the end of his life he remained reclusive and teaching guitar lessons in Los Angeles.

In 2006, Mark was arrested for possession of unspecified drug paraphernalia, resisting arrest and attempted destruction of evidence. He spend several days in Orange County jail. It was reporeted that a guard named Kevin Taylor allegedly conspired with a group of inmates to have St. John assaulted for the transgression. After that, St. John was brutally beaten and stabbed with pencils by a group of more than 20 inmates. 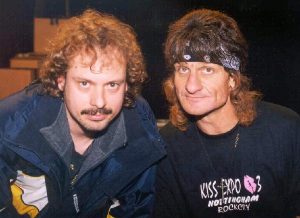 In an interview with the OC Weekly, a inmate talked about this episode, saying:

“He got caught stealing something. I guess he did that somewhere else in the jail, but we found out about it somehow. . . . The Kiss guy got beat up pretty bad.”

The musician’s girlfriend said he was unrecognizable after the beating. She believed the incident was directly responsible for his untimely death several months later. He had revealed to her that he “snitched” a drug dealer some years before and was afraid that he could be attacked if the other inmates discovered that.

After he left prision, Mark start to feel headaches and body aches, that he believed were result of his time in jail, where he was attacked. Sadly, he refused to see a doctor due to having no medical insurance. Therefore, his health deteriorated. St. John died on April 5, 2007. The coroner described that the cause of his death was a brain hemorrhage brought on by an accidental overdose of methamphetamines. 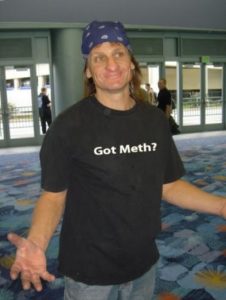 However, his girfriend that was with him the night before he died, said he wasn’t using drugs. She was convinced that the bleeding was caused by his tragic jail beating. His friends also said in interviews that he wasn’t the same after the prision episode and he refused to talk about it. He developed a terrible depression and drug addiction.

At the time, Gene Simmons and Paul Stanley commented the ex-bandmate death

Paul Stanley: “Mark tried his best to become the guitar player that KISS and our fans needed, so that we could continue moving forward. I enjoyed and am proud of our work together on ‘Animalize’. And i know how much he wanted to take that leap to the stage to play with us live. He was gracious in his acceptance that it wouldn’t happen and was supportive of Bruce [Kulick] and a gentleman when it was clear that his ailment would end his time with us.”

Gene Simmons: “Mark was a great guitarist and a good man. He will be missed.”