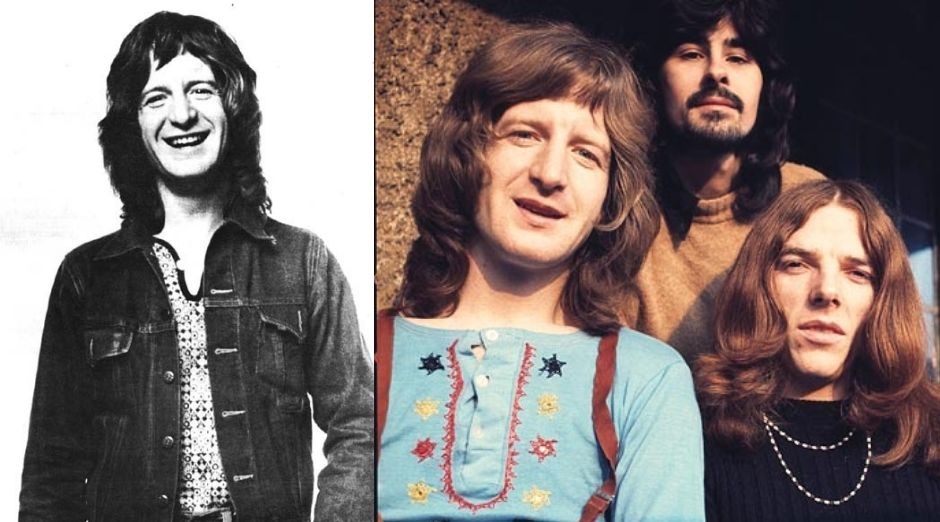 Badfinger is one of the most underrated bands of all time. And Peter Ham an amazing musician and lyricist that unfortunately had a tragic end.

In 1968, a band called The Iveys sent some demo tapes to the newly opened Beatles label, Apple. Beatles guitarist George Harrison listened to the material and got interested.

It was even easy to gain fab four’s approval and confidence. Not only was their music excellent, but the band, in all, reminded the Beatles of a few years earlier. They won a contract. And this band had everything to go down in history.

Supported by Paul McCartney and George Harrison, some dared to name them as the new Beatles. But for pieces that fate plays, this band would not reach total success. On the contrary, would end their days in ostracism and with two tragic deaths. 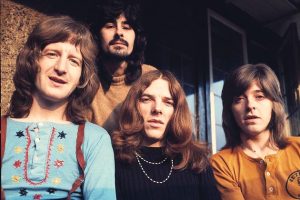 The two main names of The Iveys were Peter Ham and Tom Evans. The Iveys also featured Mike Gibbins on drums and Joey Molland on guitar. Under the Beatles’ tutelage, they recorded in 1969 the album Maybe Tomorrow. Which featured the homonymous song Maybe Tomorrow, a success across Europe except in England.

The following year, they collaborated on the soundtrack for The Magic Christian, a movie featuring Peter Sellers and Ringo Starr. After this work, the musicians changed the band’s name to Badfinger. And a string of hits proved what everyone suspected: they were very good.

Still in 1970, they released an absolute classic of contemporary music. In the album No Dice there was such a song called Without You, however, that song would come to the story in the voice of another singer.

One such American singer named Harry Nilsson was once at a party and listened to Without You. “This new Beatles song is great!” He exclaimed.

But a friend corrected him: “No, this song is from a band called Badfinger.”

Harry Nilsson asked Badfinger for permission and rewrote it two years later, in 1972. The result? One of the greatest hits of all time.

A gala interpretation of an American for a no less striking lyrics written by Badfinger’s two heads: vocalist Peter Ham and bassist Tom Evans.

Life went on for Badfinger and came the hits Come And Get It, written by Paul McCartney, and the great No Matter What. The Badfinger musicians were so exceptional that John Lennon called them to collaborate on his anthological 1971 album Imagine.

They also collaborated with George Harrison on their solo projects The Concert For Bangla Desh and All The Things Must Pass. In 1972, they released the album Straight Up, produced by Todd Rundgren, and had a discreet hit (in the United States only) with the thought-provoking Day After Day.

Badfinger’s demise began in 1972. Despite the band’s success, the Apple label was in financial trouble and a last album, Ass, was released in 1973. But the lack of a contract with Apple didn’t scare the musicians.

They were already known and had a good reputation, so there would be no shortage of invitations from other labels. But what they didn’t know was that Stan Polley, an unscrupulous and manipulative businessman and band manager, was stealing from them.

Rumors of the day said Stan Polley was a mafia man. To make things worst, some artists he represented, such as singer Lou Christie, accused him of fraudulent business.

Stealing from the band

He landed a $ 3 million contract with Warner Bros., which guaranteed the release of two albums per year for the band. Despite the appeal of Stan Poses (a Badfinger manager) not to sign the contract because of his suspicions about the businessman’s real intentions, the musicians accepted the deal.

“You are millionaires!” Stan Polley would have told the band members.

For Warner, Badfinger would record the albums Badfinger (1974) and Wish You Were Here (1974). And while they were recording and working on album promotion, Stan Polley was stealing Warner and the band, but that was unknown to them.

On December 10, 1974 when Warner Bros. filed a lawsuit against Stan Polley and the musicians at the Superior Court of Los Angeles, United States.

The label’s action immediately halted the promotion of the album Wish You Were Here and the band’s entire international distribution of albums and songs, completely ending Badfinger’s career. And when a problem of this magnitude appears, others arise in its wake.

With no money to support themselves, they panicked and started fighting each other, making the situation even worse.

Badfinger tried to continue its activities without Stan Polley’s involvement by contacting other London agents and businessmen, but all refused to represent them because of their actions against them in US justice.

During the first four months of 1975, Peter Ham unsuccessfully attempted to contact the burglar businessman. His behavior began to get strange, had a dead look and was constantly seen by his colleagues extinguishing cigarette butts on his own body.

On the night of April 23, 1975, Peter Ham received a call from the American Justice saying that all his money was gone. He called Tom Evans and they drank together in a pub. Evans took him home at 3 am on April 24, 1975.

Peter William Ham was found dead on the morning of April 24, 1975, hanging from a rope around his neck in his home studio. He was 27 years old. His despair was such that even the fact that his new girlfriend, Anne Herriot, was eight months pregnant, didn’t prevented him from committing suicide.

His daughter, Petera, was born a month later. In his farewell letter he said:

He left a scrawled note, with a postscript damning US manager Stan Polley as “a soulless bastard… I will take him with me”.