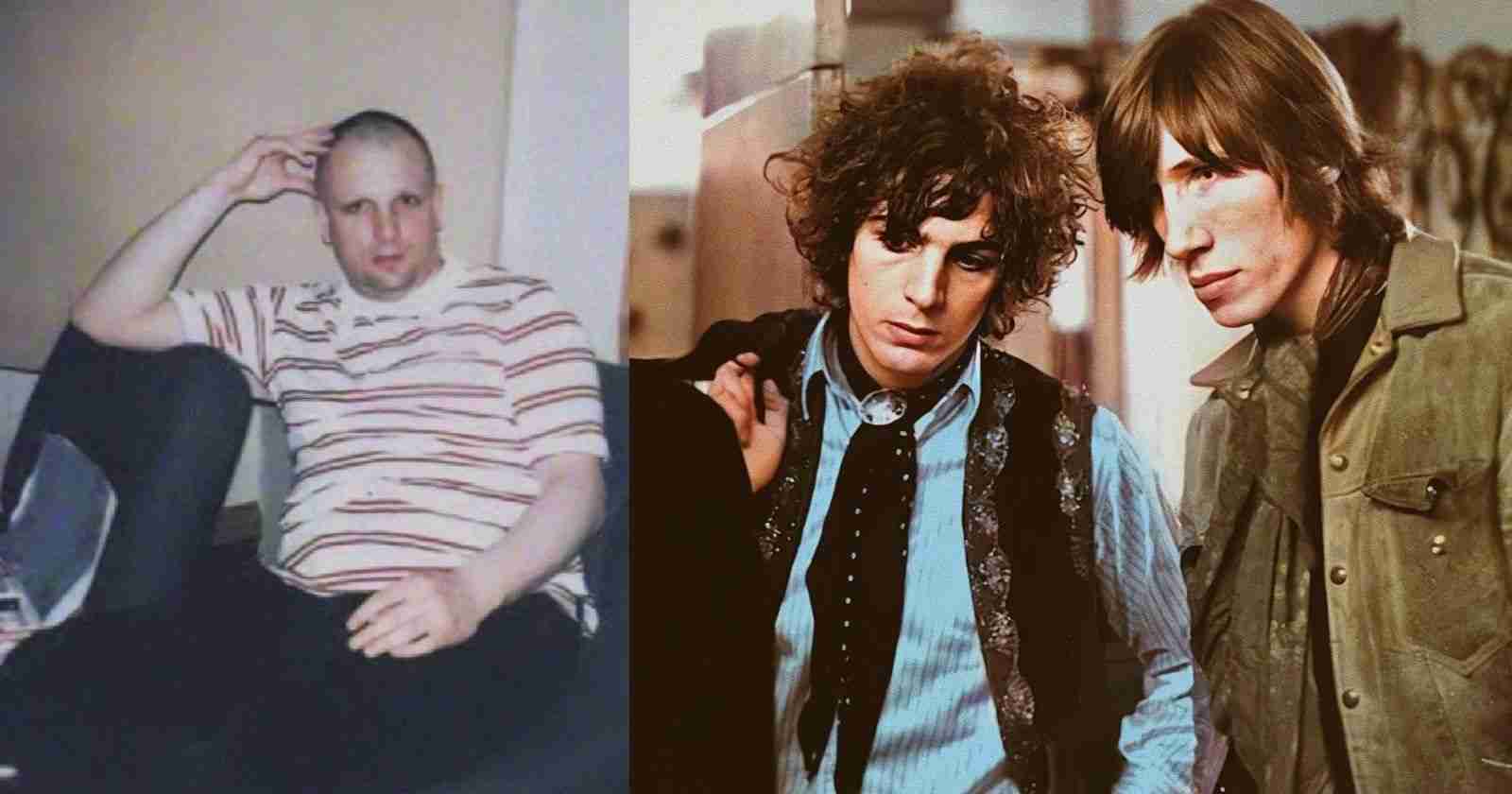 Syd Barrett, one of the founders of Pink Floyd died at the age 60 after living in seclusion half his life. He had to leave the band in 1968 after his behavior became increasingly erratic and unpredictable, partly as a result of the intense use of reported psychedelic drugs, most prominently LSD.  Also was much speculation that he suffered from schizophrenia. His final “formal” interview was made by Actuel Magazine in 1982, 10 years after he “retired” from the public life. He didn’t had any contact with Richard Wright, Nick Mason, David Gilmour or Roger Waters.

The French journalists Michka Assayas and Thomas Johnson tracked Barrett and interviewed him back in 1982 outside of his mother Winifred Barrett’s house in Cambridge.

I’ve been looking for you. I’ve been to Chelsea, they told me there were some clothes for you and that you were living with your mother.

“Thanks very much. Do you want some money? Did they pay you?”

No, no that’s okay. What are you doing now? Do you paint?

“No. I’ve just had an operation, but nothing too serious. I’m trying to go back down there, but I’ve got to wait. There’s a train strike at the moment.”

But that’s been over now for several weeks.

What did you do in the apartment in London. Do you play guitar?

Don’t you want to play anymore?

“No, not really. I don’t have time to do very much. I must find myself a flat in London. But it’s difficult, I’ll have to wait… [Syd rummages through a bag of his old clothes the journalists have given him and smiles.]”

“I didn’t think I’d get these things back. And I knew I couldn’t write. I couldn’t have made my mind up to go and get them…To get the train and all that…But then…I didn’t even write to them…Mum said she’d get in touch with the office…Thanks, anyway.” [Syd becomes uncomfortable.]

Do you remember [painter and former friend] Duggie Fields?

“Uh…yes…I never saw him again. I’m not going to see anyone in London.”

All your friends say hello.

“Can I take a photo of you?

“Yes, sure. Good, that’s enough now. It’s painful for me…Thank you. [Syd glances away at a nearby tree.” 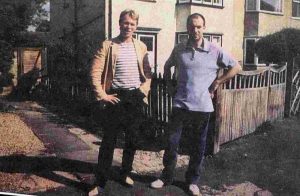 The interviewer and Syd Barrett in 1982

“Yes, but not anymore. They cut it, not long ago Before that I liked it a lot. [Syd’s mother calls him from inside her house.] Good…there you are. Maybe we’ll see each other in London. Bye [The interview ends.]”

In 2001 The Guardian tried to interview Barrett when he was walking down the street:

The Guardian: Excuse me! I’m writing a piece about Syd Barrett.

Syd Barrett. He used to be in Pink Floyd.

“Never heard of ‘im. Is he one of them rappers?”

No. He was a psychedelic genius. Are you Syd Barrett?

“Leave me alone. I’ve got to get some coleslaw. [The interview ends.]”