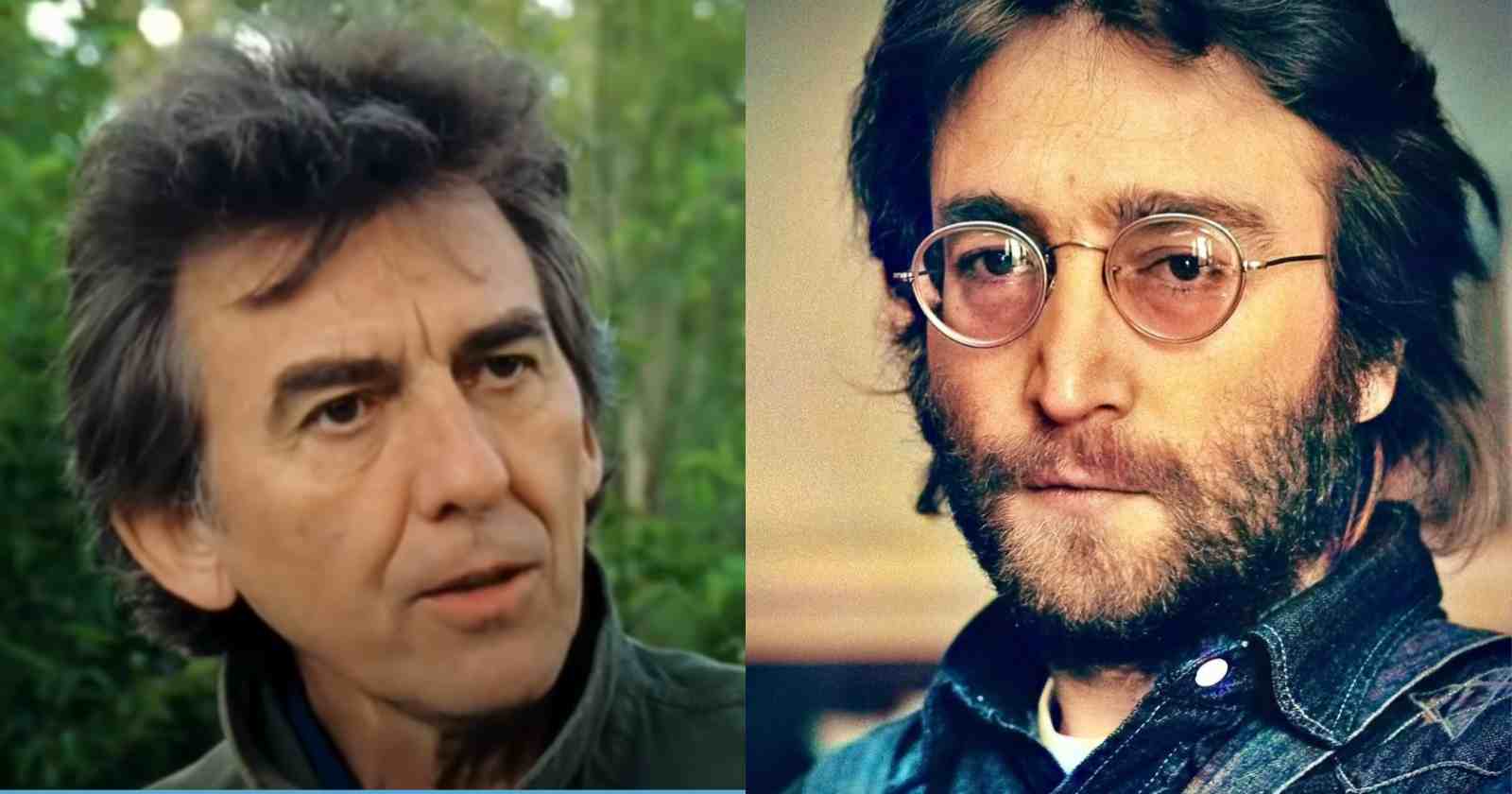 After The Beatles came to an end in 1970 with the release of their final album “Let It Be” the four musicians didn’t saw each other much in the following decade. Because of that, George Harrison, Paul McCartney and Ringo Starr saw their bandmate John Lennon only a few times before he was assassinated in 1980.

The late guitarist and singer George Harrison, who died at the age of 58 back in 2001 victim of cancer, recalled in interviews over the decades how was the last time that he saw Lennon.

In an interview with Swedish TV back in 1990 (Transcribed by Rock and Roll Garage), 10 years after John Lennon’s death, George Harrison recalled when he first heard about the news of his friend and ex-bandmate passing and the last time that he saw him: “Well, at first I though he maybe just got wounded. It’s hard to accept or to believe at first. But it’s no different really to anybody having news about anybody they know. The shock I’m sure a lot of people were just as shocked as I was about John Lennon or about your prime minister for that matter. It is all nasty business when people get shot.”

Harrison continued recalling the last time that he saw Lennon: “I was in New York at his house, at the Dakota’s (building). He was nice, just sort of running around the house making dinner. He was actually playing a lot of Indian music, which surprised me, because he always used to be like a little bit (annoyed) when I was playing it. So he had hundreads of cassettes of all kinds of stuff. He grew into it.”

The interviewer than asked if what happened changed Harrison’s life and he said:

“It hasn’t, because if we would have still been in a working relationship it would have changed it more. The thing is I haven’t seen him for so long. I mean, for all I know he could still be there now, because I didn’t seen him for two years, anyway. Occasionally maybe I would send a postcard. It’s knowning that he is on the other end of a telephone if you do wanna call. That’s the difference.”

“Now you need the big cosmic telephone to speak to him. I believe that life goes on. So to me, I can’t get sad. I’m sad by I can’t go and play guitar with John. But then I did that anyway. I did that for a long time. We will all meet again somewhere down the line,” George Harrison said.

Harrison paid tribute to Lennon in his famous solo career song “All Those Years Ago” from his 1981 album “Somwhere In England”. The song featured Ringo Starr on drums and Paul McCartney’s backing vocals.

For Harrison it was something that only happened to politicians before

In an interview with Good Morning Australia back in 1982, two years after Lennon’s assassination, Harrison reflected on what happened, saying (Transcribed by Rock and Roll Garage): “First of all it was obviouly such a shock. Because assassionation is something which up until that time hadn’t really got down to that level. It was always presidents and leaders.”

“I wouldn’t think that someone who is a Pop star was important enough to kill. It’s a terrible thing. I don’t think anybody is important enough to kill. But I could see why those assassinations with political leaders and stuff, just extremists. Obviously if can happend to him it can happen to anybody who gets up on stage or walks out of a car. It was a bit scary from that side.”