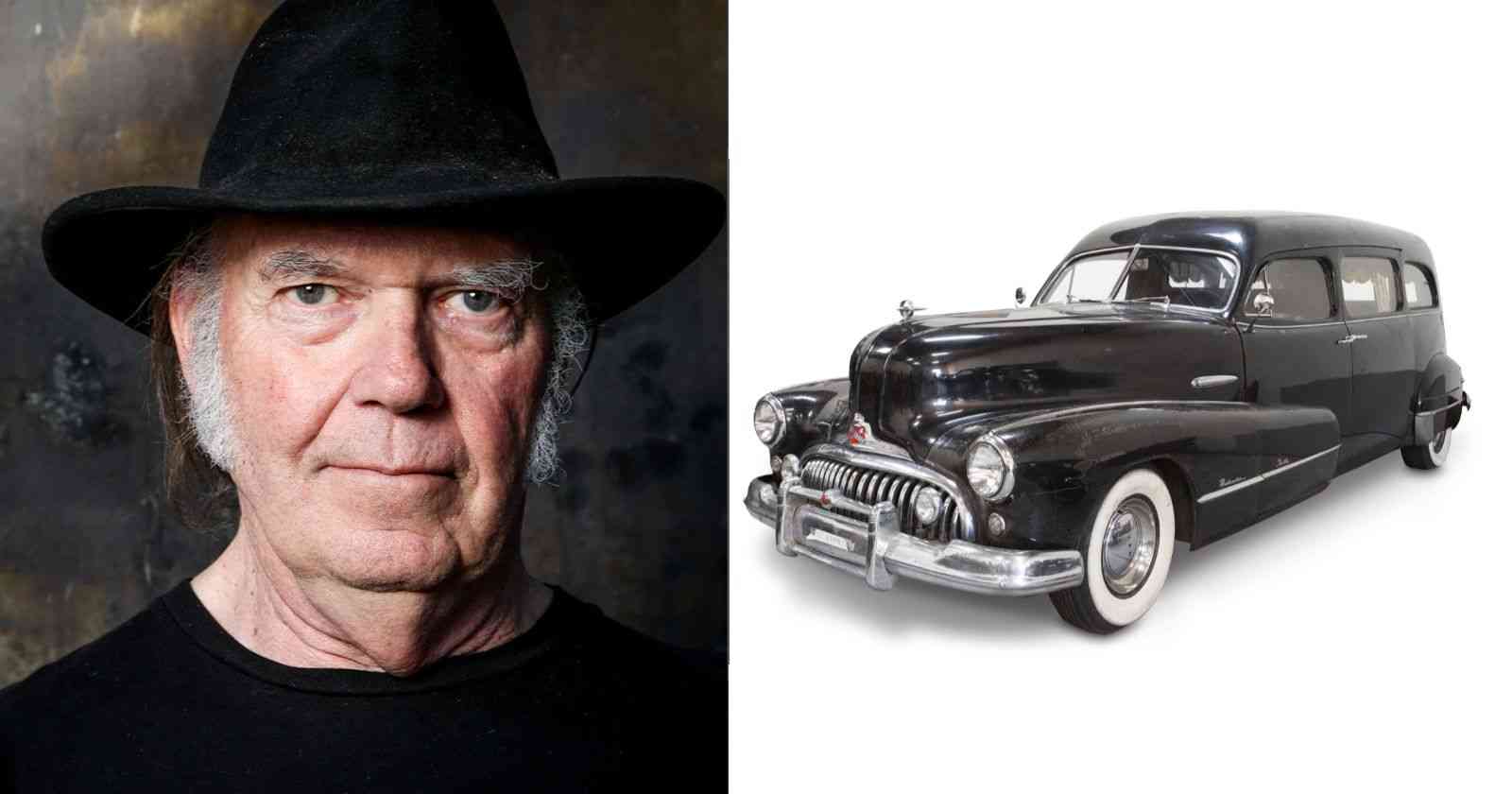 The legendary Canadian folk rock musician Neil Young used to drive a hearse in the beginning of his career in order to get around to gigs. He acquired a 1948 Buick Roadmaster hearse and named the car “Mortimer Hearseburg”, or simply “Mort”.

The car was auctioned back in 2017 and it featured five windows for viewing, rear fender skirts, gold and blue velvet curtains and two suicide doors in the rear deck. The car also had a few interesting personal touches, such as a bumper sticker reading “S**t Happens” and a permanently affixed plaque reading “William Randolph, in Memory of Taylor Phelps” in reference to a friend of Young’s, who passed away in 1995.

In an interview with Rolling Stone magazine back in 1975 he talked about the car and explained why it was so useful:

There’s a few stock Springfield myths I should ask you about. How about the old hearse story? 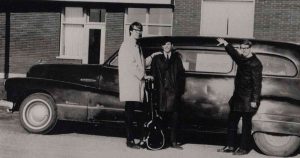 “True. Bruce and I were tooling around L.A. in my hearse. I loved the hearse. Six people could be getting high in the front and back and nobody would be able to see in because of the curtains. The heater was great. And the tray . . . the tray was dynamite. You open the side door and the tray whips right out onto the sidewalk. What could be cooler than that? What a way to make your entrance. Pull up to a gig and just wheel out all your stuff on the tray. Anyway, Bruce and I were taking in California.”

“The Promised Land. We were heading up to San Francisco. Stephen and Richie Furay, who were in town putting together a band, just happened to be driving around too. Stephen had met me before and remembered I had a hearse. As soon as he saw the Ontario plates, he knew it was me. So they stopped us. I was happy to see fucking anybody I knew. And it seemed very logical to us that we form a band.”

“We picked up Dewey Martin for the drums, which was my idea, four or five days later. Stephen was really pulling for Billy Munday at the time. He’d say ‘Yeah, yeah, yeah. Dewey’s good, but Jesus . . . he talks too fucking much.’ I was right though. Dewey was fucking good,” Neil Young said.

Neil Young was born on November 12, 1945, in Toronto, Canada. His father, Scott Alexander Young (1918–2005), was a journalist and sportswriter who also wrote fiction. His mother, Edna Blow Ragland “Rassy” Young (1918–1990) was a member of the Daughters of the American Revolution. Although Canadian, his mother had American and French ancestry. Young’s parents married in 1940 in Winnipeg, Manitoba, and moved to Toronto shortly there after where their first son, Robert “Bob” Young, was born in 1942.