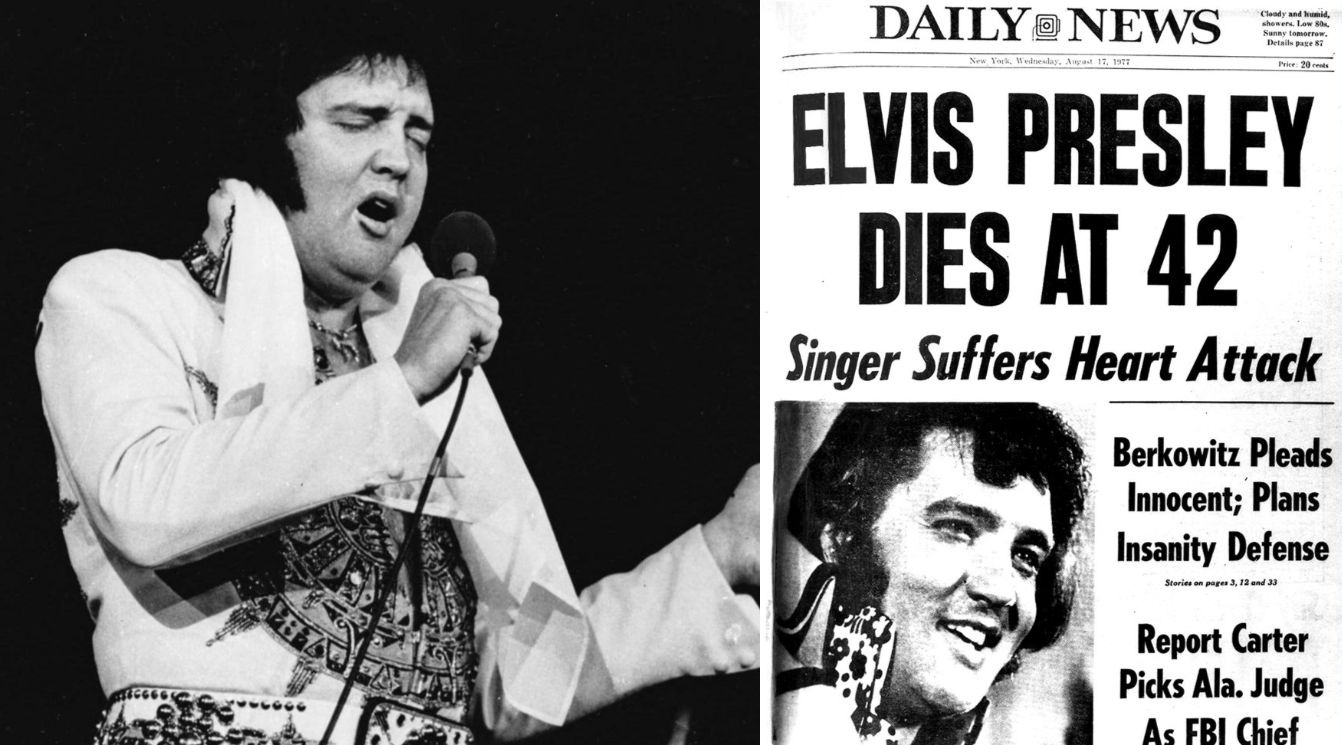 When it comes to the death of Elvis Presley, much is speculated about. What is known in fact is that well before his death, the king was taking many remedies and in generous doses.

On August 16, 1977, in the bathroom of the Graceland mansion in Tennessee, Elvis’s heart stopped beating. The singer was found by his bride – at the time, Ginger Alden, in front of the toilet, with belly down and pants lowered, around 14 o’clock.

The official cause was cardiac arrhythmia, a condition that can only be identified in living people. On the other hand, the Presley family had a history of coronary heart disease. At his autopsy, 15 different drugs were found in his body, 10 of which were in dangerous amounts (ten times the therapeutic amount of the anesthetic codeine, based on morphine). 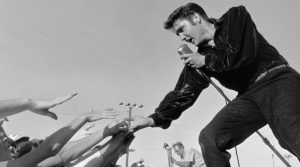 When the paramedics arrived, the body was already turning blue and cold. On the way to the Baptist Memorial Hospital, a resuscitation was attempted unsuccessfully, after all “it was Elvis.” He was pronounced dead at 3:16 pm, without any investigation into the mansion, photos of the bathroom, or consideration for the fact that Elvis Presley was taking medicines as if they were M & Ms.

In his glory years, Presley had consumed methamphetamine to allegedly improve his performance on stage, but he was never a big fan of alcohol, as it aroused the violent and aggressive side. His health, up to his 32 years, except for high blood pressure, was perfect. However, from there he began to suffer from severe chest pains, insomnia, hypertension and gain weight gain.

His irrational behavior also started to shock his friends and family, like when he fired a gun on the phone because he did not want to be disturbed when he threw a television out the window because the program did not please him and when he ran around the garden with a machine gun because he thought someone pursued his daughter Lisa. On one occasion, she was scolded by Ginger for her noxious eating habits, which resulted in a bowl of ice cream being thrown in the girl’s direction. 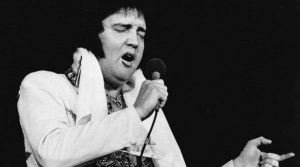 In an inquiry into the conduct of the doctor accompanying the king, it was discovered that he had prescribed, between January 1 and August 16, 77, 8,805 medications to Elvis Presley. This may seem absurd and inaccurate, but it is the result of extensive research by an experienced team of more than 150 pharmacies.

The doctor George Nichopoulos, or Doctor Nick, took over and said that he did so because of the severe chest pain that Elvis felt. It would be, according to the doctor, a way to keep him away from illicit drugs and street dealers. The excess codeine was what actually caused a heart attack and killed the king. And as Presley had got the drug from a local dentist, Dr. Nick was cleared of his patient’s guilty homicide.

But still, what happened? How could Elvis have had such a serious and sudden relapse into his health? Today, thanks to the studies of Dr. Forrest Torrent, a defense witness who helped clear Dr. Nick, we can speculate on an answer.

In 1967, at age 32, Presley was in Los Angeles filming The Boat of Love, when he tripped on the studio’s electrical wiring, fell and hit his head heavily in a bathtub, a knock that knocked him unconscious and sent him straight to the hospital. Dr. Forrest further investigated at least three other episodes in the same period in which the king suffered accidents that resulted in blows to the head. 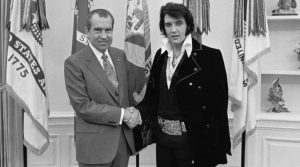 Elvis Presley is believed to have developed traumatic brain injury, a type of head trauma caused by head bangs that lead to the detachment of brain tissue, very common among boxers and football players or people who have suffered car accidents.

And guess what are the symptoms of this disease, which at the time of Elvis’s death was still unknown! Chronic pain, irrational behavior and bodily changes such as obesity and abnormal growth of vital organs.

Over 10 years, addiction to pain relievers to chest pain, coupled with poor eating habits and a relentless pace of gigs and appointments, eventually accidentally liquidated the rock king, a wounded and sick man who suffered without knowing the reason for his fall.