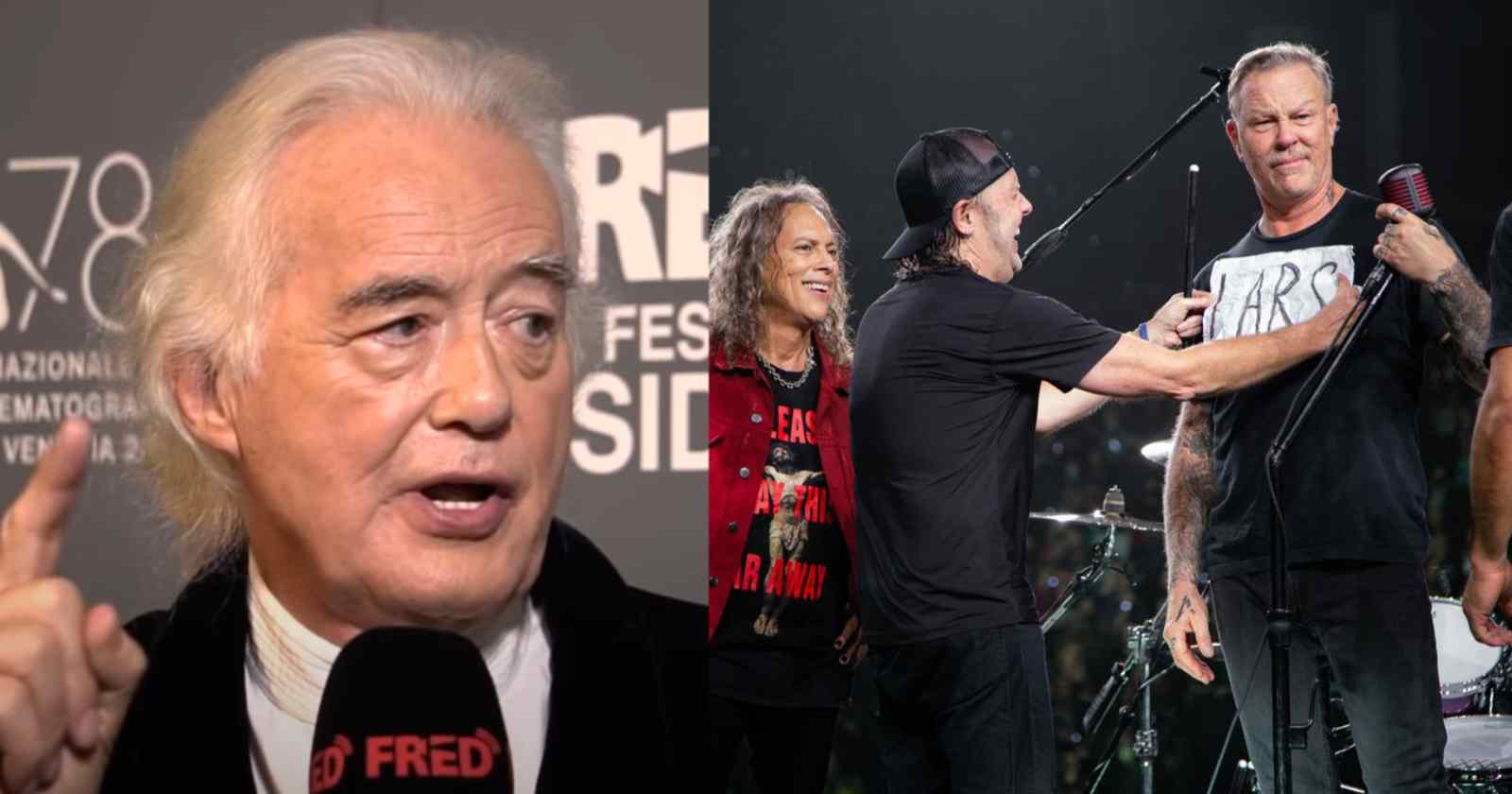 The legendary British guitarists Jimmy Page and Jeff Beck started their careers in the 60s on a very different Rock and Roll scene compared to the one that the Metallica members grew up with. That background difference caused an interesting moment at the Rock and Roll Hall Of Fame ceremony back in 2009 as Aerosmith guitarist Joe Perry recalled in an interview with A-Sides in 2015 (Transcribed by Rock and Roll Garage).

“When Metallica was inducted into the Hall Of Fame they had Jimmy Page and I think that Jeff Beck was being inducted too and me coming up to play with Metallica. The song is ‘Train Kept A’ Rollin’, Metallica didn’t know it. They did not know ‘Train Kept A’ Rollin’. It was like a drummer not knowing ‘Wipeout’ (By The Surfaris). Jimmy and Jeff kind of looked at each other like ‘Oaky, we will have to run through for them’. They had the teleprompter and of course it was no pun intended, but it was a trainwreck after Jeff brought the ‘train’.”

“I mean, we made it through it. But it just showed that a generation in Rock and Roll can be two years. Like Alice (Cooper) said, we’ve learned from these guys even though they were maybe a couple years older than us, maybe even younger.”

Joe Perry also told this story in his book “Rocks: My Life In And Out Of Aerosmith” and explained to Vanyaland that telling the story wasn’t mean to be a put down to Metallica. He explained all he intended was to show how generations in Rock and Roll have different influences. “Metallica has made great music and a great name for themselves. Their sound is original. They deserve to be in the Hall of Fame. The story wasn’t meant to be a put down. I hope it doesn’t come across that way. It’s not how I meant it.”

“I know that is part of what I was feeling. So I was thinking, “Well I can do that. I can get on stage and do that or I’m missing something when I see this band or that band. We can put another twist on it. Or we can try this or try that and then add a little bit of our own originality to it.”