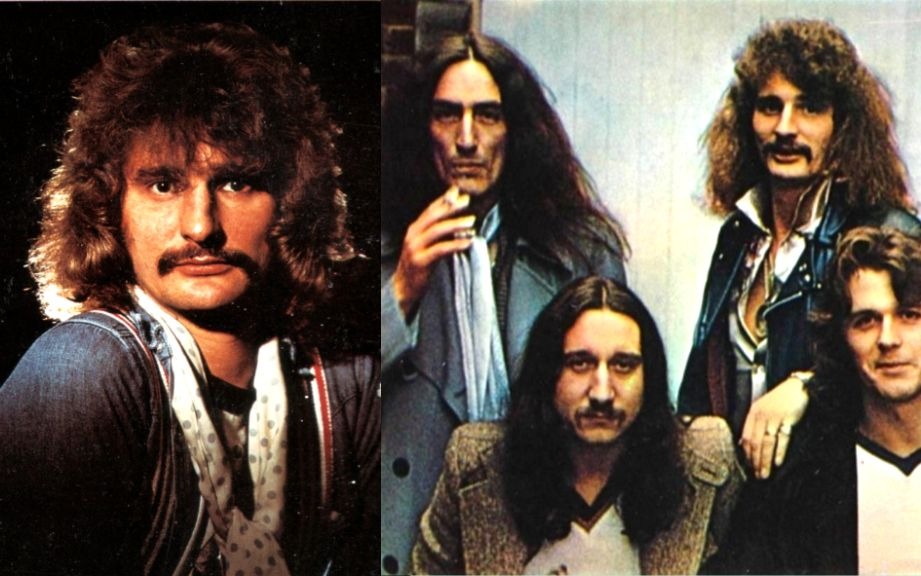 David Byron is probably one of the greatest voices hard rock ever had, being Uriah Heep’s frontman from 1969 to 1976, but unfortunately he is not remembered often.

Born David John Garrick, Byron began his music career with guitarist Mick Box. In 1965, they joined a band named “The Stalkers”. Which didn’t last long. Already in 1967, the duo formed another band called “Spice”. Soon after changed its name to Uriah Heep (name of a character in a novel by writer Charles Dickens).

Byron sang on ten Uriah Heep albums: Very ‘eavy Very ‘Umble, Salisbury, Look at Yourself, Demons and Wizards, The Magician’s Birthday, Live, Sweet Freedom, Wonderworld, Return To Fantasy, and High and Mighty. In 1975, Byron released his first solo album, Take No Prisoners, which also featured fellow Heep members Box, Hensley and Lee Kerslake. Byron also gained a reputation for hard drinking, which eventually led to him being sacked from Uriah Heep at the end of a Spanish tour in July 1976.

Byron died of alcohol-related complications, including liver disease and seizures, at his home in Berkshire on 28 February 1985. He was 38 years old. On BBC Radio’s The Friday Rock Show, Tommy Vance played “July Morning” in tribute.

“David was one of the best vocalists I’ve ever worked with, simply because he never sang a song; He lived the music. Therefore, he touched everyone who heard his voice, he was very convincing. I think this was his greatest asset. After that, he became a charismatic person, and he was a star 24 hours a day, 7 days a week. And never abandoned his role, while I could get there, do my job and get off the stage and be an ordinary person, like any other. He couldn’t – he had to live the music.”