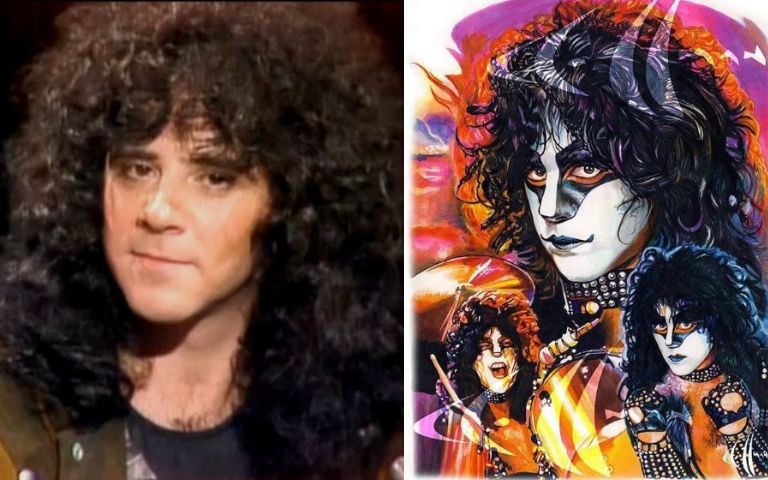 November 24, 1991 was a very sad day for Rock and Roll music because the world lost Freddie Mercury and Kiss drummer Eric Carr at the age of 41 victim of heart and lung cancer. Eric was the musician that replaced Peter Criss on the group. His first album with the band was Music For The Elder (1981). Carr was a self-taught drummer and also played guitar, drums, bass and piano. 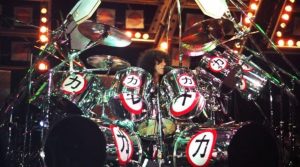 In February 1991, Carr began feeling ill. Medical tests initially revealed what appeared to be manageable health issues. However, further tests determined that he had heart cancer. In April 1991, Carr underwent a series of surgeries to remove tumors in his right atrium and lungs in an effort to restore heart function and prevent the cancer’s growth. Soon after Carr’s diagnosis, Paul Stanley and Gene Simmons replaced him with session drummer Eric Singer to commence new recordings for the band’s upcoming album Revenge.

Carr flew to Los Angeles in July 1991. By that point, he had lost his hair due to chemotherapy treatments and was wearing a wig. After the video shoot, Carr flew back to New York to continue cancer treatments; his health had deteriorated to the point where he was unable to play drums for the recording sessions for Revenge. Carr’s replacement, Eric Singer, played on the album’s tracks.

Carr’s last public appearance with Kiss was at the MTV Video Music Awards in September 1991. Not long afterwards, he suffered an aneurysm and was rushed to the hospital. Several days later, he suffered a brain hemorrhage and never regained consciousness. On November 24, 1991, Carr died at the age of 41. He died on the same day as Freddie Mercury, the lead singer of the British rock band Queen, whose death attracted more media attention. Carr had also been in a nearly four-year relationship with future model/actress Carrie Stevens at the time of his death.

In keeping with Carr’s accessibility to his fans, his family decided to open his funeral service to the public while reserving the interment as a private event. Carr is interred in Cedar Hill Cemetery in the town of Newburgh, New York.

Although it was not publicised at the time, Carr’s death was considered controversial amongst his family and Kiss. Both Paul Stanley and Gene Simmons were labelled as the “bad guys” by Carr for booting him out of the band and not supporting him in his time of need. The two were not made aware of this until they attended his funeral and were treated with hostility by Carr’s family and friends. Stanley wrote in his autobiography that the allegation of mistreating Carr was simply untrue and that he did what he thought was right to support him. However, during Carr’s service, Stanley admitted to “sobbing uncontrollably” and later regretted the way he handled the situation.

The last days of Eric Carr

The drummer suffered an aneurysm and needed to be hospitalized. He survived this episode, however, a few days later he suffered severe brain hemorrhage caused by cancer cells that were transported in his bloodstream to the head. And would never regain consciousness after that. A few days later, on November 24, 1991, Carr died at the age of 41.