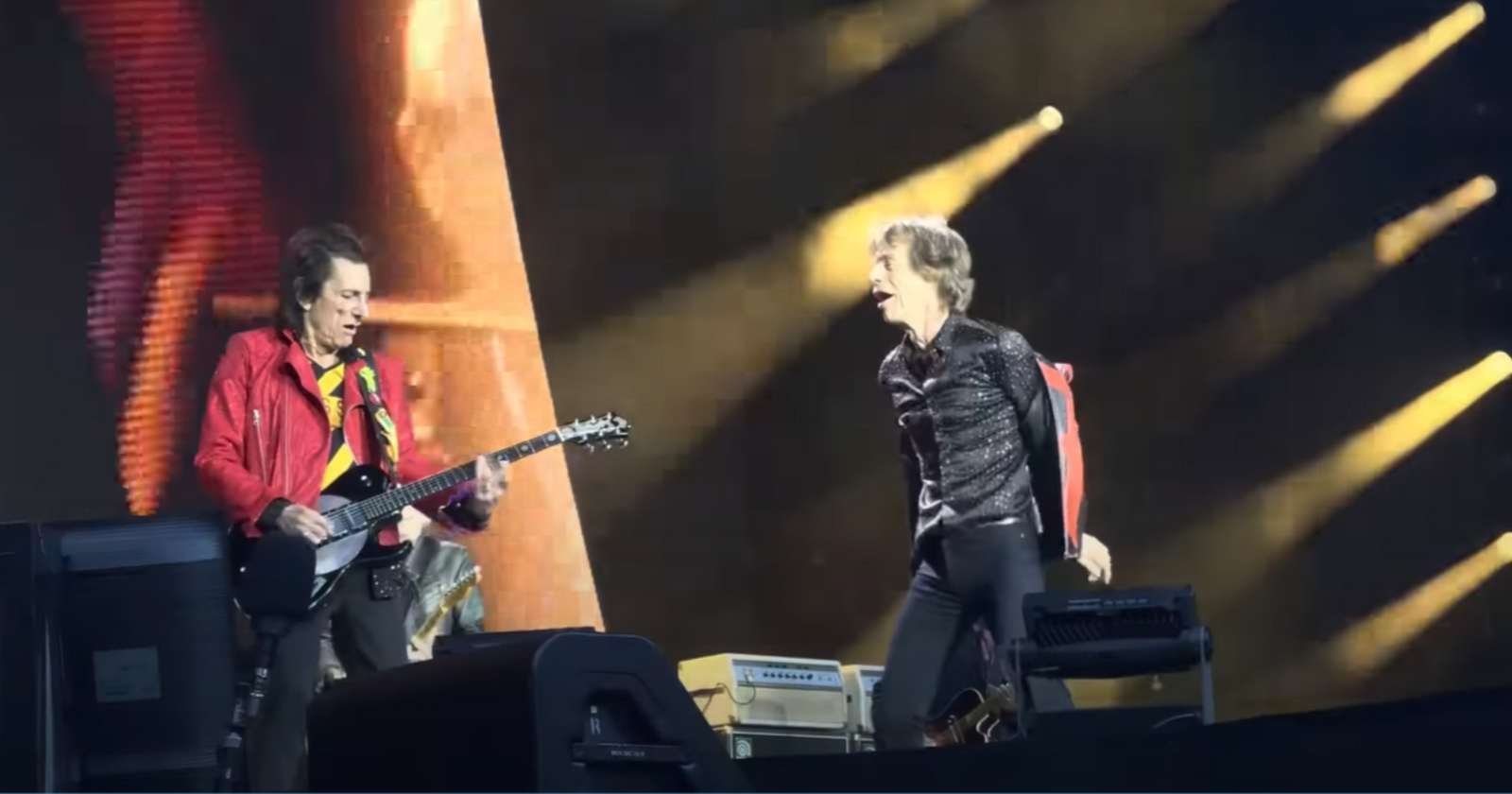 Currently on their European tour to celebrate their 60th anniversary, The Rolling Stones paid tribute to The Beatles, playing the song “I Wanna Be Your Man” in their concert in Liverpool, the hometown of the Fab Four.

Before playing the song, Mick Jagger said: “(It’s a) song written by some other local lads, so we’re doing this especially for you Liverpool, ok?”

Originally written by John Lennon and Paul McCartney, the song was given by the duo for The Rolling Stones to record, being released as a single in 1963. Only a few weeks later The Beatles recorded they version with Ringo Starr on vocals.

Watch The Rolling Stones performing “I Wanna Be Your Man” in Liverpool:

In an interview with Playboy magazine back in 1984, McCartney explained how the song was written, saying: “I wrote it for Ringo to do on one of the early albums. But we ended up giving it to the Stones. We met Mick and Keith in a taxi one day in Charing Cross Road. Mick said, ‘Have you got any songs?’”

“So we said, ‘Well, we just happen to have one with us!’ I think George had been instrumental in getting them their first record contract. We suggested them to Decca, ‘cuz Decca had blown it by refusing us. So they had tried to save face by asking George, ‘Know any other groups?’ He said, ‘Well, there is this group called the Stones.’”

“So that’s how they got their first contract. Anyway, John and I gave them maybe not their first record, but I think the first they got on the charts with. They don’t tell anybody about it these days; they prefer to be more ethnic. But you and I know the real truth,” Paul McCartney said.

The setlist of the Liverpool concert also had: