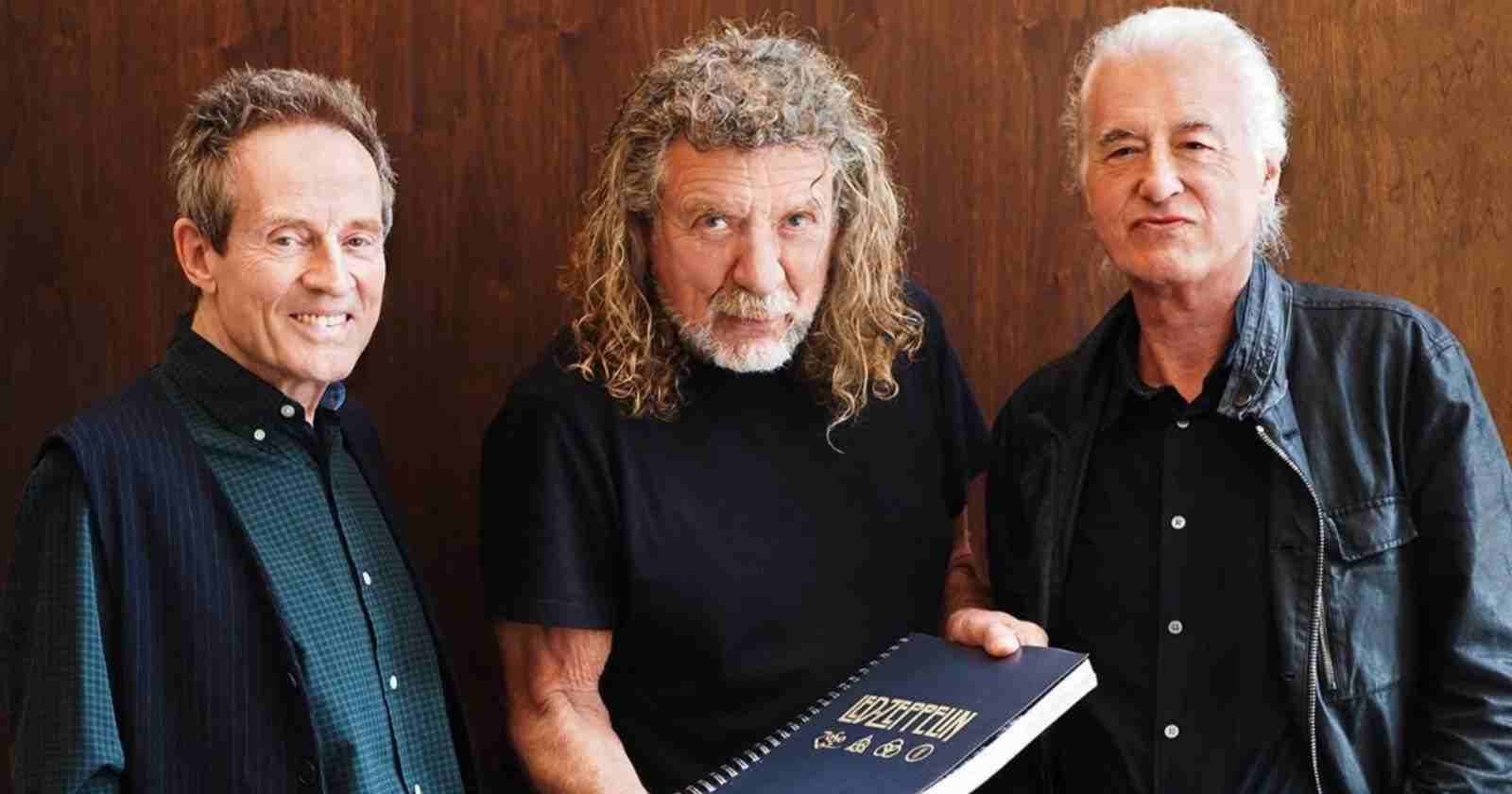 In 2007 Led Zeppelin reunited for a charity show to celebrate the life of music executive Ahmet Ertegun and there was a lot of expectation that the band would do a big tour after this show that had the original three members John Paul Jones (Bass and Keyboards), Jimmy Page (Guitar) and Robert Plant (Vocals). The drummer was Jason Bonham, son of John Bonham.

According to Jimmy Page in an interview with Rolling Stone back in 2012 the band would go on and even release new material. The guitarist, John Paul Jones and Jason were rehearsing and creating new songs, however, they needed a singer because Robert Plant was more interested in his solo career.

The reason why Led Zeppelin did not continue after the 2007 reunion according to Jimmy Page:

“Some of us thought we would be continuing, that there were going to be more concerts in the not-too-distant future. Because there was a lot of work being put into one show. I know that Jason, who was playing with Foreigner, resigned from that band.”

“But Robert was busy. He was doing his Alison Krauss project. I wasn’t fully aware that it was going to be launched at the same time. So what do you do in a situation like that? I’d been working with the other two guys for the percentage of the rehearsals for the O2. We were connecting well. The weakness was that none of us sang.”

“So we concentrated on our strengths. We came up with some really good material. We were on a roll. Maybe we should have taken that material straight into the studio.”

How long did you, Jones and Jason rehearse together?

“Weeks — across a space of time. We didn’t do any professional recording. We just had a little digital recorder. I thought it was good. I wasn’t going to walk away from it. But the weakness came up again. It was said, “We gotta have a singer.”

“Now, none of us said that. It was suggested. Yeah, we would need a singer — not necessarily at that point. The first thing is to have material. If you’re all getting on and playing well, why bring in a juggernaut of politics with a singer? [Pauses] I won’t go into who actually came in to sing.”

The name mentioned most at the time was an American singer, Myles Kennedy of the band Alter Bridge. How did that sound?

“It sounded premature. I could see what way it was going. Various people thought we should go out on tour. I thought we needed a good, credible album, not do something that sounded like we were trying to milk the O2.”

Steven Tyler of Aerosmith told us he came by as well.

“Did he say that he sang? Well, then, he did [grins]. The timing wasn’t the best. We had put so much time toward the O2. And the three of us were coming up with stuff. It was very good, seriously promising. But there was this other thing going on. [Pauses] And that’s it.”

You went through this once before, when Led Zeppelin broke up after John Bonham’s death in 1980. You nearly formed a band with two members of Yes. There was an approach from a mediator [laughs], which involved playing with [drummer] Alan White and [bassist] Chris Squire.

“I had great respect for the music of Yes, how precise it was. We got together; they had some interesting stuff. It was challenging for me, but I got there. I had some material I brought to them. It was good synchronicity.”

“Chris had this wonderful name for it: XYZ, because it was ex-Yes and ex-Zeppelin. Then it was clear that the person who was mediating was approaching Robert as to whether he would like to come down and have a listen. Of course, he wasn’t interested at all. Chris and Alan had a Yes tour come up, so they did that. But I’ll tell you, the material was good. I have the multi-tracks. I hope they see the light of day.”

Are you frustrated by Robert’s refusal to do more reunion shows? He performs Zeppelin songs on his own tours. But it’s as if he doesn’t want the rest of his life defined by that band. Whereas you don’t mind at all.

“Well, I don’t pretend it didn’t happen. I’m not saying that he’s just taking a leaf out of the Zeppelin book. But it’s apparent that the third album [1970’s Led Zeppelin III], where you have this emphasis on the acoustic, was more attractive to him as time went on, rather than the more hardcore elements of Zeppelin. Whereas I’d jump off a roof into that — naked.”

“It was interesting getting together with Robert again for [the 1994 MTV performance] Unledded. I was working with David Coverdale. We had an album out [1993’s Coverdale-Page]. We were rehearsing to go to Japan. And I was asked to go see Robert.”

“He had these loops. It was, “Let’s see if Jimmy can come up with anything. Or is he about to get in the limousine with David Coverdale?” No. I’m fine with a challenge. On the first day, we came up with two of the [new] things on that project. It was good to recon- nect. It might have upset other people. [John Paul Jones was not asked to participate in the Unledded show or subsequent tour.] But that’s all we did — we got together,” Led Zeppelin guitarist Jimmy Page said.