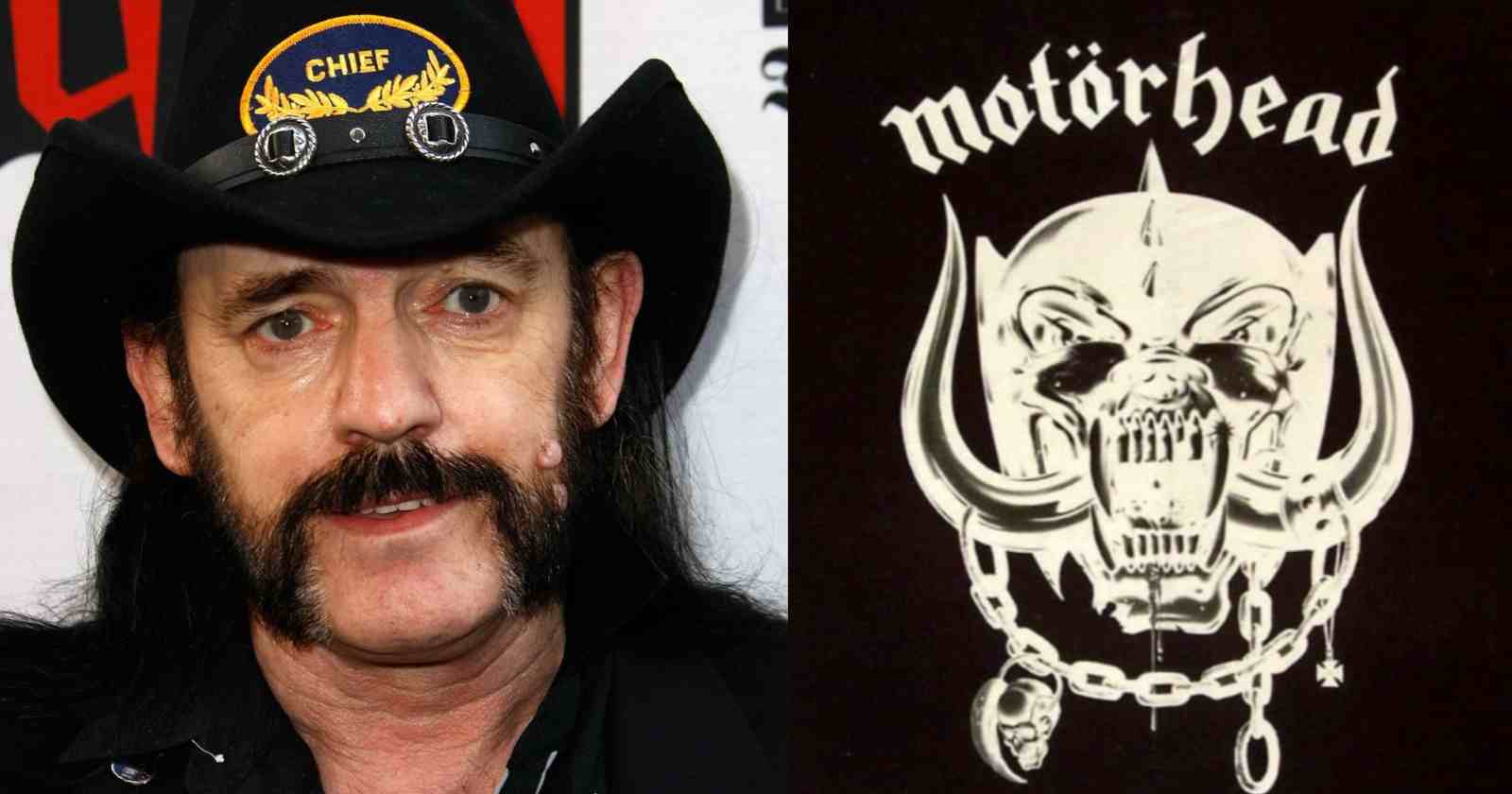 Motörhead has one of the most known band mascots, Snaggletooth, that is a kind of ‘War-Pig’. In an interview with Revolver magazine back in 2002, the late bassist and singer Lemmy Kilmister explained the origin of the band’s mascot and logo, saying that the font was inspired by the one used by Blue Öyster Cult.

The origin of Motörhead’s mascot and logo according to Lemmy:

“This artist, Joe Pategno, met our manager in a bar somewhere, and our manager hired him to do our logo. I told him I wanted something between a rusty, decaying robot, and a knight-errant with armor. And he came back with the face with the horns on the head, with the chains between them.”

“It looked really soppy, you know. So I said, ‘Why don’t we put the horns in the mouth?’ And we’ve never changed it. Although he’s done a lot of good variations on it for different album covers.” Lemmy was then asked if Pategno also cread the font and he said: “No. I said, ‘Do it in gothic, and put an umlaut in there — make it look mean!’ I got that from Blue Öyster Cult. [Laughs]”

The band are often considered a precursor to the new wave of British heavy metal, which re-energised heavy metal in the late 1970s and early 1980s. Though several guitarists and drummers have played in Motörhead, most of their best-selling albums and singles feature the work of Phil “Philthy Animal” Taylor on drums and “Fast” Eddie Clarke on guitars.

In an interview with Bass Player magazine he commented on the way he used to play bass: “I was a guitar player first, so I’m used to playing chords. So it’s just like playing the guitar without the top two strings. I just made chords out of what strings I had left. It’s unorthodox. But it works for us.“
Elegible since 2002 Motörhead still wasn’t inducted into the Rock and Roll Hall of Fame.
Continue Reading
You may also like...
Related Topics:articles, CLASSIC ROCK, Featured, hard rock, heavy metal, interviews, lemmy kilmister, motorhead