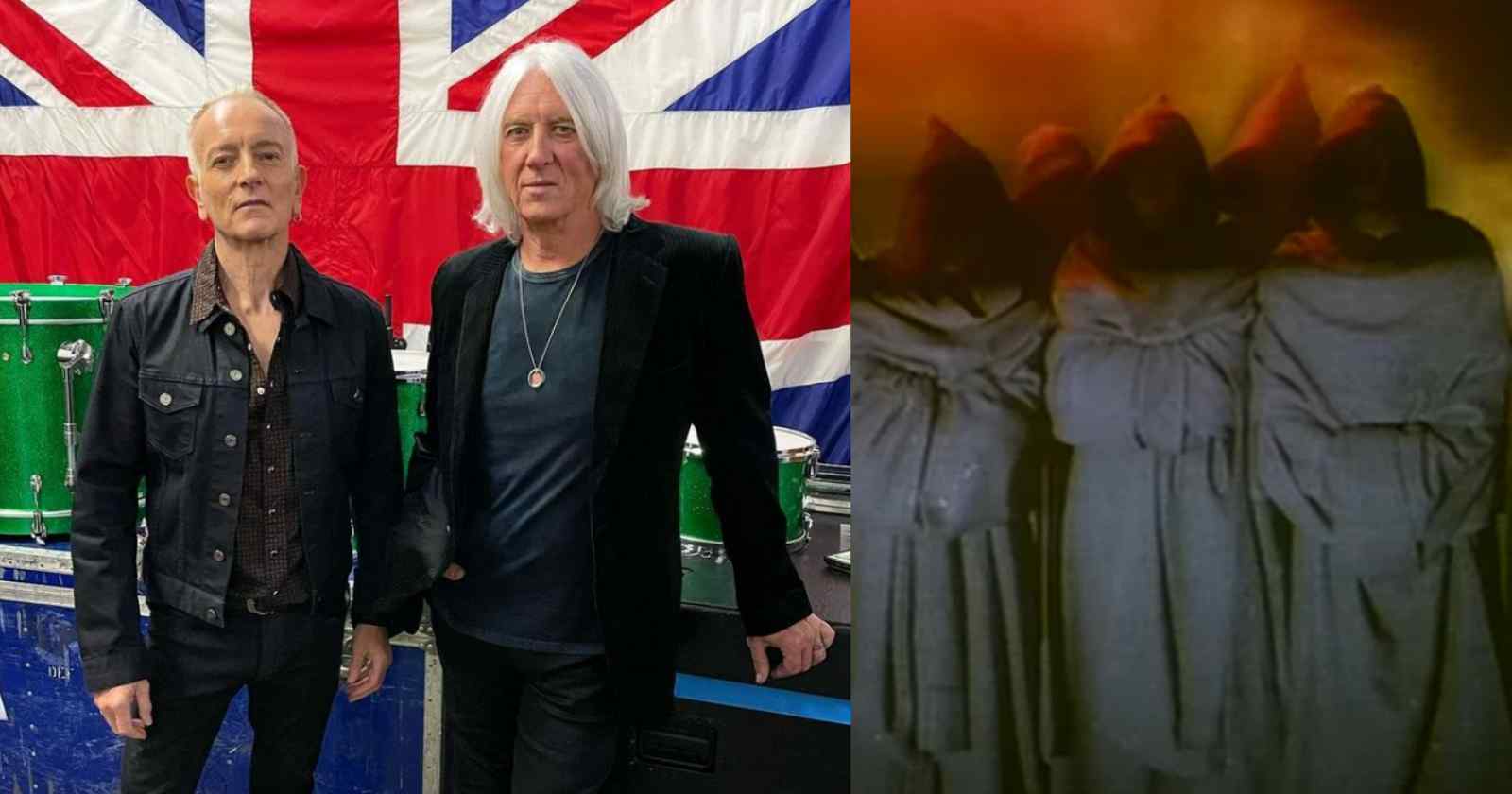 The intro “Gunter, Gleiben, Glauchen, Globen” of the famous Def Leppard song “Rock Of Ages” from the album “Pyromania” (1983) became one of the most most recognizable in Rock history and was even successfully used by the Punk band The Offspring as the intro of their track “Pretty Fly (for a White Guy)”. For decades many fans questioned what is the meaning of those four words and  in an interview for the official Def Leppard Youtube Channel in 2018 (Transcribed by Rock and Roll Garage), the band’s drummer Rick Allen explained the origin of that intro.

The origin of “Gunter, Gleiben, Glauchen, Globen”, the intro of the Def Leppard song “Rock Of Ages”

“A lot of people always asked me what ‘Gunter, Gleiben, Glauchen, Globen’ actually means. It was actually Mutt Lange (Producer) that came up with that. Because he was getting so fed up of saying ‘1, 2, 3, 4’. He wanted to inject a bit of humour in there. I guess ‘Gunter, Gleiben, Glauchen, Globen’ is some Germanic sounding language. I wouldn’t put it past Mutt because he actually speaks Dutch.”

“But I thought it was a great way to break the monotony when we were in the studio. Then when it came to mixing the song everybody decided that we wanted to keep the count in there. It’s great because everytime we play the song live, Joe gives me the job of saying ‘Gunter, Gleiben, Glauchen, Globen’. So, fantastic, great song,” Rick Allen said.

Born in Mufulira, Northern Rhodesia back in 1948, Mutt Lange became one of the most successful Rock and Roll producers in history. He is famous for working with bands like AC/DC, Def Leppard, Foreigner, The Cars, Bryan Adams, The Boomtown Rats and Huey Lewis and The News.

According to the Celebrity Net Worth website, Mutt has a fortune of 225 million dollars.