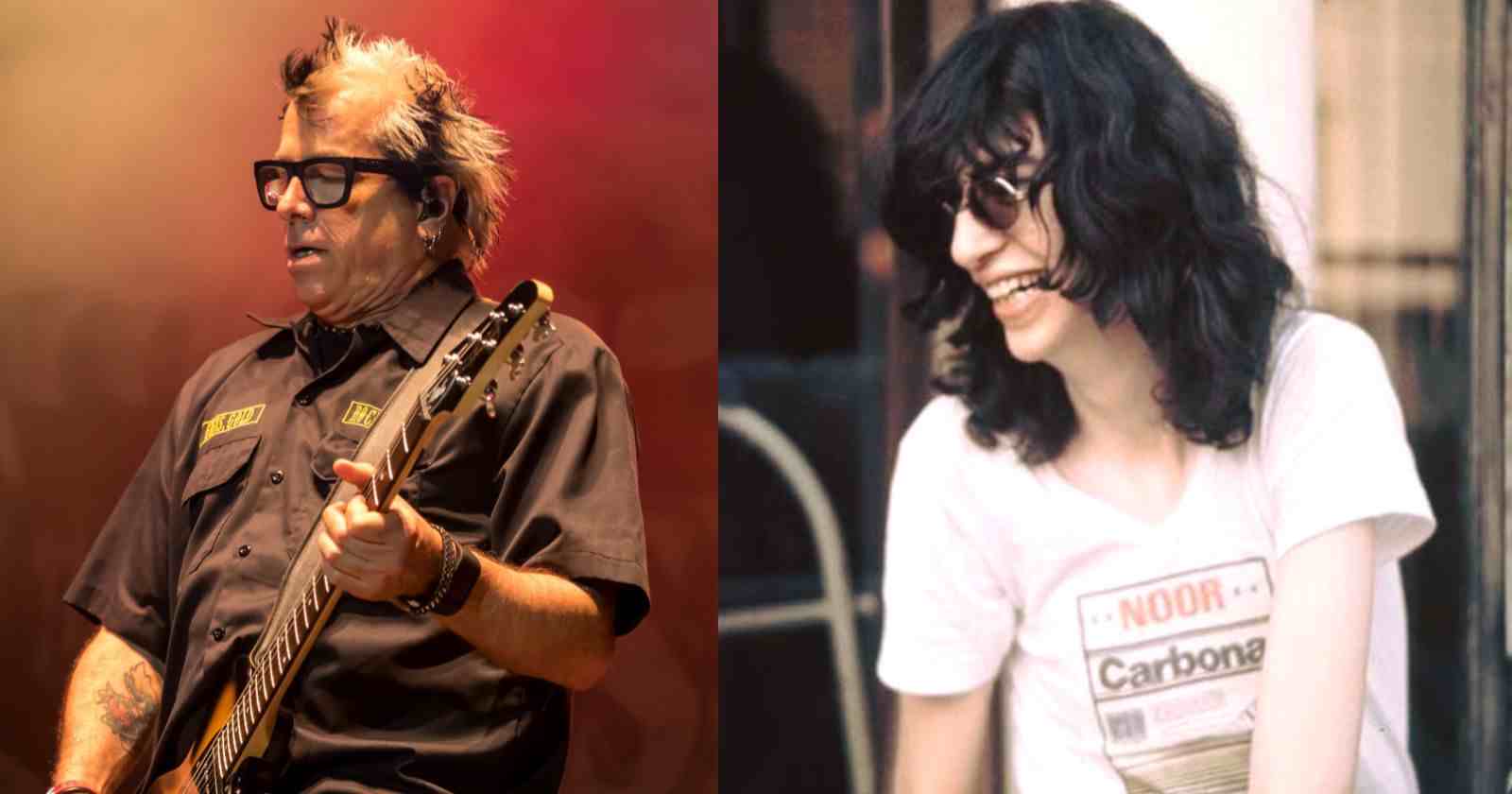 The Offspring guitarist Kevin “Noodles” Wasserman elected in an interview with “The Rock Show With Johnnie Walker” the late Ramones singer Joey Ramone as his rock god and explained why the musician was so important.

The Offspring guitarist Noodles explains why he elected Joey Ramone his rock god:

“The reason why I chose Joey Ramone — well, there’s many reasons. First and foremost is he is just an iconic figure in not just punk rock anymore. But in the rock and roll scene in general. He was tall, he would wear ripped jeans and a leather jacket and tennis shoes. He just stood there and looked like a god with this crazy mane of black hair.”

“What a lot of people don’t know is that Joey Ramone really struggled a lot with both physical and emotional and mental maladies. He had almost crippling OCD [obsessive-compulsive disorder] that drove his bandmates crazy when he would have to count every fence post before he got in a van, and if he thought he missed one, he’d have to go back and start all over.”

“Sometimes it took a long time for him to even get in a van before they could go to a gig. But he did. He still overcame all those struggles and became one of the most iconic voices in rock and roll and punk rock. He wrote songs that are so relatable and just get stuck in your head. Every one is something you just wanna sing along to.”

“I think even now more than ever, the Ramones are more appreciated, more listened to. You certainly see more Ramones t-shirts than ever before. So that is why Joey Ramone is, and always will be, my rock god.”