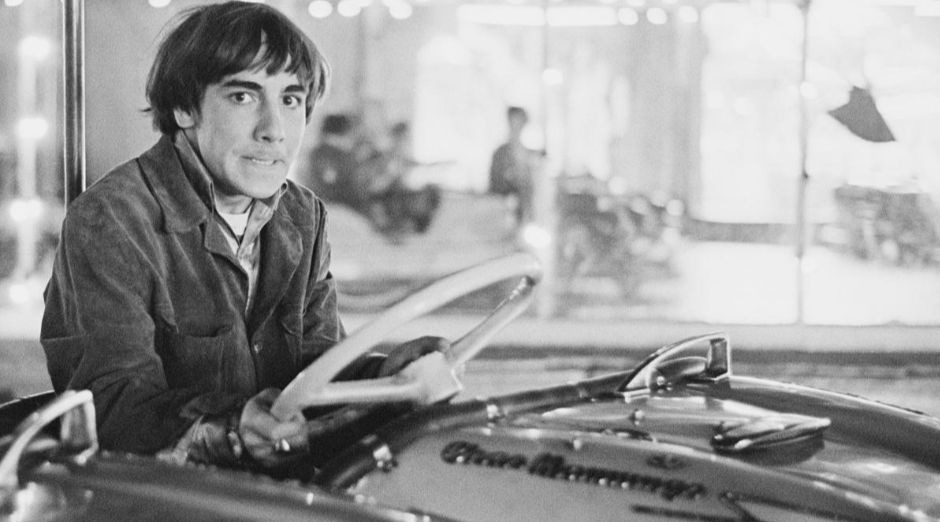 Undoubtedly one of the guys who took the rock’n’roll attitude to the extreme was the late drummer Keith Moon, part of The Who‘s classic lineup.

But the height of the madness probably occurred in 1967, when the musician was causing chaos in cities where the band passed. In one of these adventures, however, Moon allegedly crossed the line in celebration of his 21st birthday and threw a Lincoln Continental (American luxury car) in the pool of a hotel in Flint, Michigan.

Read some statements people who were at the party gave:

Harvey Lisberg [band manager of Herman’s Hermits]: Keith was crazy. He had two personalities – one was wild and insane, and the other was a sensational musician.

Peter Cavanaugh [Flint, Michigan WTAC Radio DJ]: I was at the show with some listeners, some of our DJs, and some of the Detroit radio people who showed up there. The Who destroyed the stage. Everyone was amazed. After the show we went to the Holiday Inn.

Barry Whitwam [Herman’s Hermits drummer]: It all started quite innocently. It was Keith’s birthday, and one or two birthday cakes were given to him. 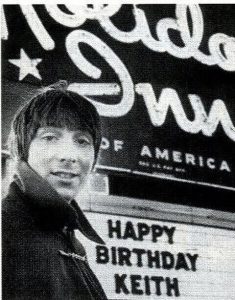 Keith Moon [speaking in 1972]: The Premier Drum Company had given me a huge birthday cake with, like, five drums stacked on top of each other.

Barry Whitwam: The whole tour gathered in the dining room to see the cakes. Everyone was ready for a party. Keith Moon set his plate on the table and stuck his finger in the cream on top of one of the cakes and gave a cake flap to Karl Green [Herman’s Hermits bassist] who stood beside him.

The cream hit Karl in the face and everyone laughed – except Karl, who stuck his finger in the nearest cake and flicked it back in Keith’s face. Within seconds everyone in the room was throwing cake at each other. It only took five minutes for the room to become what looked like the inside of a cake.

Tom Wright [photographer, road manager]: The hotel manager comes to Keith and tells him that this is not going to happen: “We need to stop this now.”

Keith Moon: As the party degenerated into a name-calling contest, I took the cake – the five layers – and threw it into the crowd. People started to pick up pieces and throw them everywhere. Everyone was covered in marzipan and icing sugar and fruit cake.

Tom Wright: I knew this wouldn’t go well with anyone. I told him [the manager] that we were going to control that and all, and he got out of there.

Peppy Castro [Blues Magoos guitarist]: The pool was full of broken glass because Keith kept throwing bottles into the pool. I was pissed because of the damage he was doing.

Car thrown in the pool? 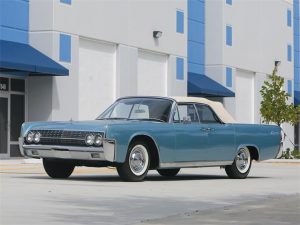 Keith Moon: Half a dozen cars were parked around this pool. I ran, jumped in the first car I found, which was a brand new Lincoln Continental. It was parked on a dinghy, and when I pulled the parking brake it started down, until it hit the railing that protected the pool and the entire Lincoln Continental ended up in the pool – with me inside.

Keith Moon: So there I was, sitting in the driver’s seat of a submerged Lincoln Continental. And the water was coming in – coming in through the damn holes in the pedals on the floor, squeezing through the windows. In a scary moment of logic, I said, “Well, I can’t open the doors until the pressure is the same.”

It’s amazing how I remembered these things from my physics class. So I’m sitting there thinking about my situation, and the water starts to get in my nose. As soon as there’s enough air in the car to take a dip, I fill my lungs, open the door, and climb to the top of the pool. Then I came back to the party, dripping water.

Keith Moon: I ran. I started to walk to the door, and then I slipped on a piece of marzipan and fell flat on my face and cracked a tooth.

John Entwistle [The Who bassist]: He was so pissed that he tripped and fell and broke his tooth.

Nancy Lewis [American journalist]: He was so out of his mind that he didn’t even care what happened. He had to be taken to the dentist quickly.

John Entwistle: They operated on him without any anesthetic because he was drunk.

Keith Moon: So he had to tear out what was left of the tooth and put a fake. 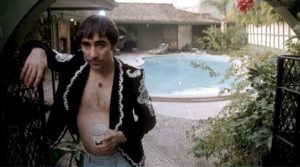 John Entwistle: While we were at the dentist, the rest of the team got extremely drunk and started using fire extinguishers to spray the parking lot.

Karl Green: We ended up having fights, attacks with fire extinguishers, tearing the bars around the pool. Also throwing it in, tearing vending machines off the walls to get potatoes.

Barry Whitwam: Peter Noone and I decided to help clean each other’s cake using fire extinguishers. What we didn’t know was that the extinguishers had a chemical in their fluid that would remove paint from cars.

Peter Noone [lead singer of Herman’s Hermits]: This fire extinguisher removes all paint from cars. Then came an expensive bill.

Barry Whitwam: Keith Moon was credited with most of the damage to the hotel but, in fact, he had very little to do with it.

Did it happen or not? 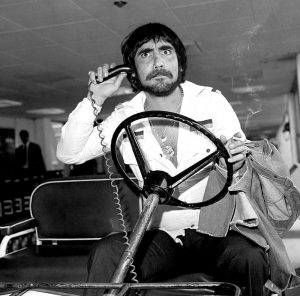 Barry Whitwam: We were charged $ 25,000 for new carpets, wallpapers and ceilings.

Peppy Castro: The stucco ceiling in the Holiday Inn’s restaurant had to be redone. Because of all the cake that was thrown there.Keith Moon: Six of the cars had to be repainted. We still destroyed a piano. We reduced it to twigs. And don’t forget the carpet. And the Lincoln Continental at the bottom of the pool.

Peter Noone: It never happened. He told stories. He just forgot what happened.

Roger Daltrey [singer of The Who]: I saw it. We pay the bill [for damages]. It was $ 50,000. It’s vague now, but I remember the car in the pool. But then I read in the biography that it never happened, so maybe I’m living someone else’s life, I don’t know.

Barry Whitwam: There’s no way Keith could have driven a car into the pool that night without me knowing it.

Peppy Castro: I personally didn’t see Keith drive a car into the pool. So if it happened they must have taken the car out pretty fast. I was there.

John Entwistle: He never drove the car into the pool. He couldn’t even drive.