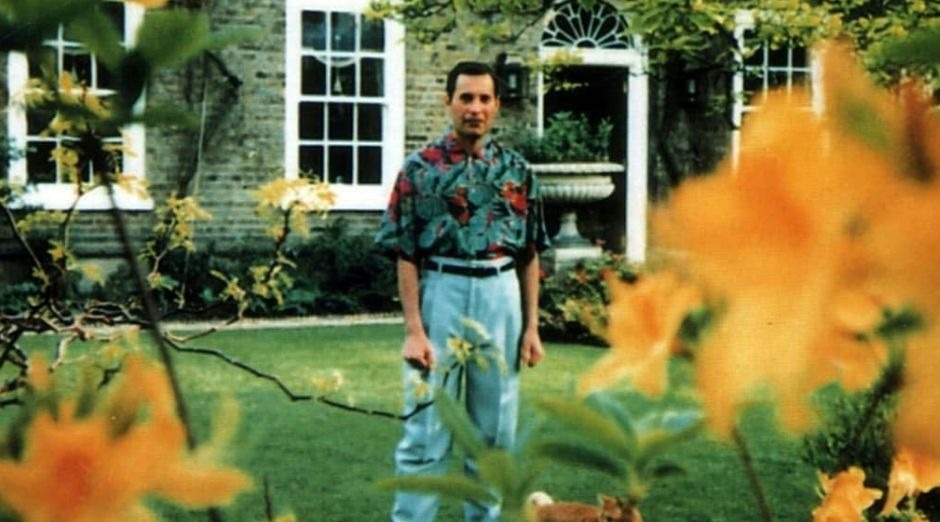 Freddie Mercury is one of the best singers of all time. He made history with Queen but unfortunately died to soon in the beginning of the 90s due to bronchopneumonia, caused by AIDS. In his final years, the singer was active and even recorded with the band the beautiful album Innuendo (1991). On the official clips of the songs of the album the musician already had a fragile look, cause by the disease. But not many photos of him from that time were taken.

The last ever known photo of Freddie Mercury was taken in private, few months before his death, in August 28, 1991. The picture shows him smiling in the garden of his house in Garden Lodge, west London. One of them also shows his beloved cats with him. The photographer was his partner Jim Hutton. 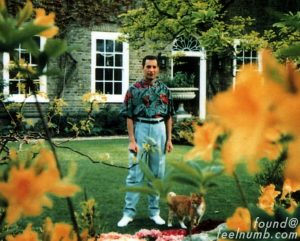 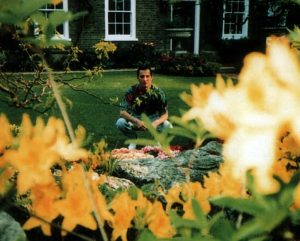 In the book “Mercury and Me”, Jim Hutton recalled the moment the photo was taken, saying:

“That summer Freddie posed for a camera for the very last time – mine. It happened like this: I was out in the garden photographing some of the flowers in full bloom and Freddie walked towards me. I trained the lens on – he wanted to move back a bit so it wasn’t a close-up. Then he posed while I took four pictures, and he managed a smile for each.”

“He was so pale and drawn that he knew he didn’t look his best, but it didn’t matter a bit. Of all the pictures I have of Freddie, those are the ones I love most”.

The couple met in 1985 in a nightclub and were together until the last days of the musician. They lived a private life and Mercury’s house, both wore wedding rings as proof of their love for each other.