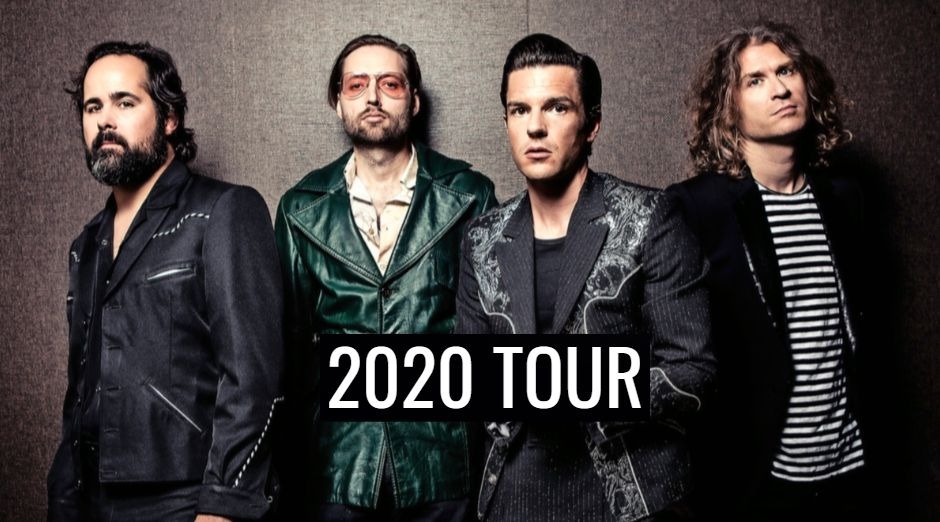 The Killers are back on the road in 2020 playing all their classics. Until now, only European tour dates were revealed. The band will perform in United Kingdom, Ireland, Belgium, Germany, Croatia, Spain and Russia.

All The Killers tour dates:

The Killers is an American rock band, formed in 2002 in Las Vegas. Their first album, Hot Fuss, was released on June 15, 2004, obtaining great reviews and great public recognition, largely due to the hits “Somebody Told Me”, “Mr. Brightside”. Also the dancing sound from the 80s, originating from the synthetic sounds of the songs.

The group’s second album, Sam’s Town, was released on October 3, 2006, and marked a considerable change in the band’s style, both in terms of music, which had more rock influences, such as Bruce Springsteen, as to the style to dress, which became more “aggressive”, more compatible with the extremely American sound that characterizes Sam’s Town.

Before the fame, the members of The Killers had several occupations before forming the band. Brandon Flowers, with his studies recently completed, worked for a time at the Gold Coast Hotel and Casino in Las Vegas, as a doorman. Therefore his function was to welcome the newly arrived guests and guide them through the hotel. Dave Keuning worked at a clothing store called Banana Republic, but left when a new boss forbade him to listen to music at work. Mark Stoermer delivered medical equipment and studied Philosophy at the University of Nevada, and Ronnie Vannucci studied classical percussion at the same University, while working as a wedding photographer.