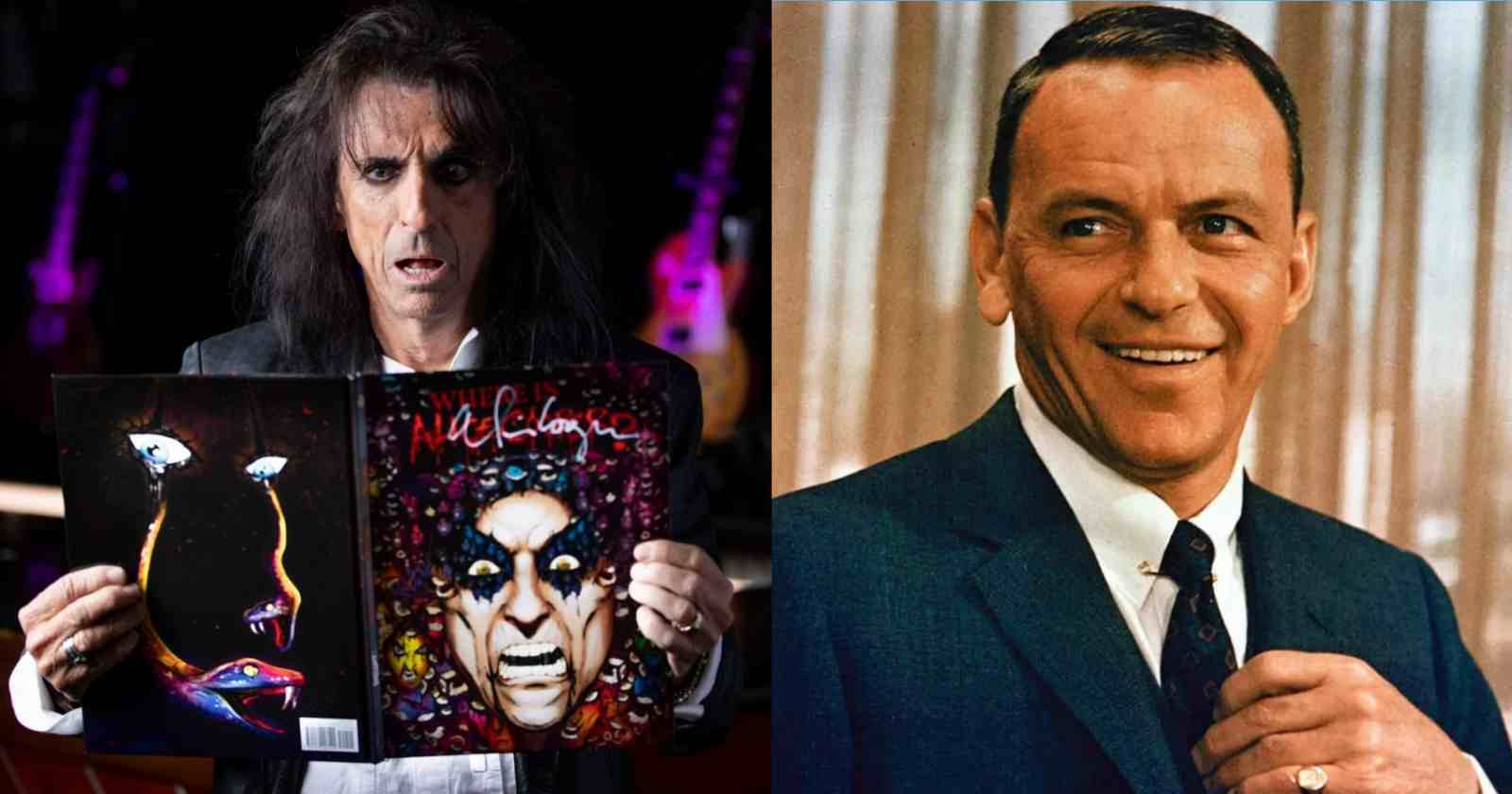 One of the most famous singers of all time, Frank Sinatra inspired millions of musicians worldwide and is an important figure of the 20th century. With his music more connected to Jazz and Traditional Pop, isn’t easy to find a link between him and Hard Rock music, but it turns out that he already sang an Alice Cooper song. The godfather of Shock Rock, explained how this incredible moment happened in an interview with BBC Radio 4 back in 2010 (Transcribed by Rock and Roll Garage).

He also remembered that even after all the success he had already accomplished it was only after he brought a photo of him and Sinatra and showed his mother, that she finally realized how successful he was, because she loved Sinatra.

“It was a very odd thing, because there was a celebrity baseball game. This little kid was trying to get in the game and they wouldn’t let him. I went over and I took him, brought him in and sat him on our bench. I said ‘You’re our team mascot’. That night I’m in the casino and this guy comes over and say ‘Hey, the boss wants to see you’. I’m thinking like ‘Is this the Costello family?’ And I walked over timidly and there’s Frank Sinatra.”

“Right up front he says ‘Hey Coop!’, He called me Coop, like he knew me or something. I went, ‘Yes, Mr. Sinatra?’ and he says ‘You did me a solid today. That little kid you got in the game was my best friend’s son’. The thing was this is how he paid me back. I get an invite to the Hollywood Bowl. Me and Bernie Taupin, we go backstage and that’s when the picture was taken and he says ‘I’m gonna do one of your songs tonight’. That was the biggest compliment I ever got in my life. He said ‘You keep writing them kiddo, I’ll keep singing them'”.

“The only time that she (Alice’s mother) was physically flustered was when I came home with a picture of me and (Frank) Sinatra. That spoke loudly to her because Sinatra was her Elvis and he , he did ‘You and Me’ at the Hollywood Ball. That’s when she finally said ‘Ok, you’re a star'”.

Born in Hoboken, New Jersey in 1915, Frank Sinatra is one of the best-selling musicians in history with more than 150 million records sold worldwide. He also won 9 Grammy Awards during his career.

Some of his most famous songs are “Fly Me To The Moon (In Other Words), “My Way”, “Somethin’ Stupid”, “That’s Life” and “Strangers In The Night”. The legendary musician died back in 1998 at the age of 82 victim of a severe heart attack.