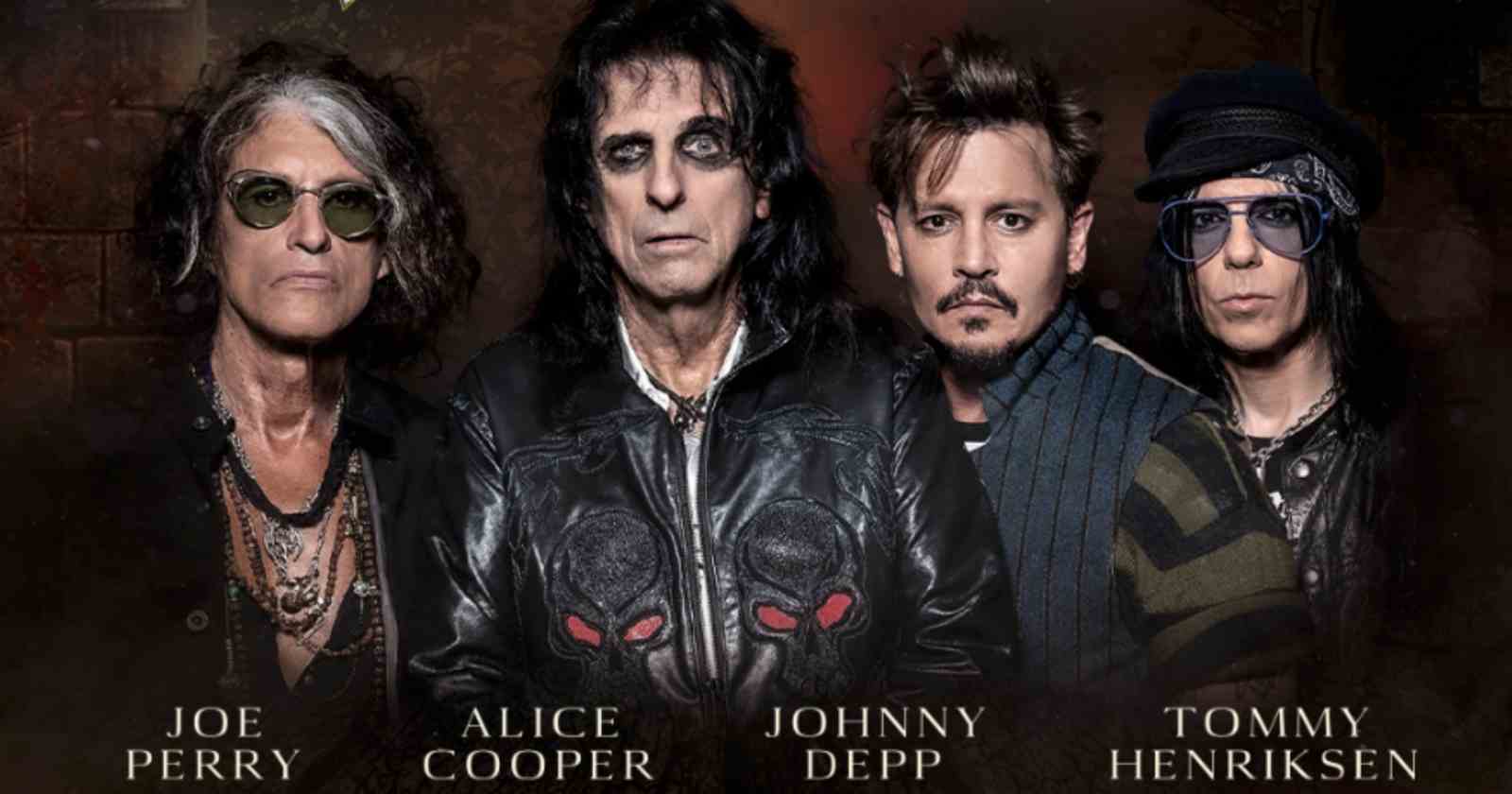 The supergroup Hollywood Vampires formed by Joe Perry (Aerosmith), Alice Cooper and Johnny Depp will be back on the road in 2023 and announced many new tour dates for 2023. They have scheduled shows in Romania, Turkey, Bulgaria, Germany, Luxembourg, Switzerland, France, Germany, Austria, United Kingdom, Hungary and Slovakia.

The band was formed back in 2012 by Alice Cooper, Johnny Depp and Joe Perry. The name was inspired by the celebrity drinking club formed by Cooper in the 70s at the Rainbow Bar & Grill in Los Angeles, that also had names like John Lennon, Harry Nilson, Ringo Starr, Keith Moon and Mickey Dolenz.

Other touring members that had been with the band over the years were Duff McKagan (Guns N’ Roses), “Robert DeLeo (Stone Temple Pilots) and Matt Sorum (Guns N’ Roses, The Cult, Velvet Revolver). They released two studio albums, the self-titled debut in 2015 and their second “Rise” in 2019. Besides celebrating classic Rock and Roll bands covering them on the setlist, the band also plays some original tracks released on the two albums.