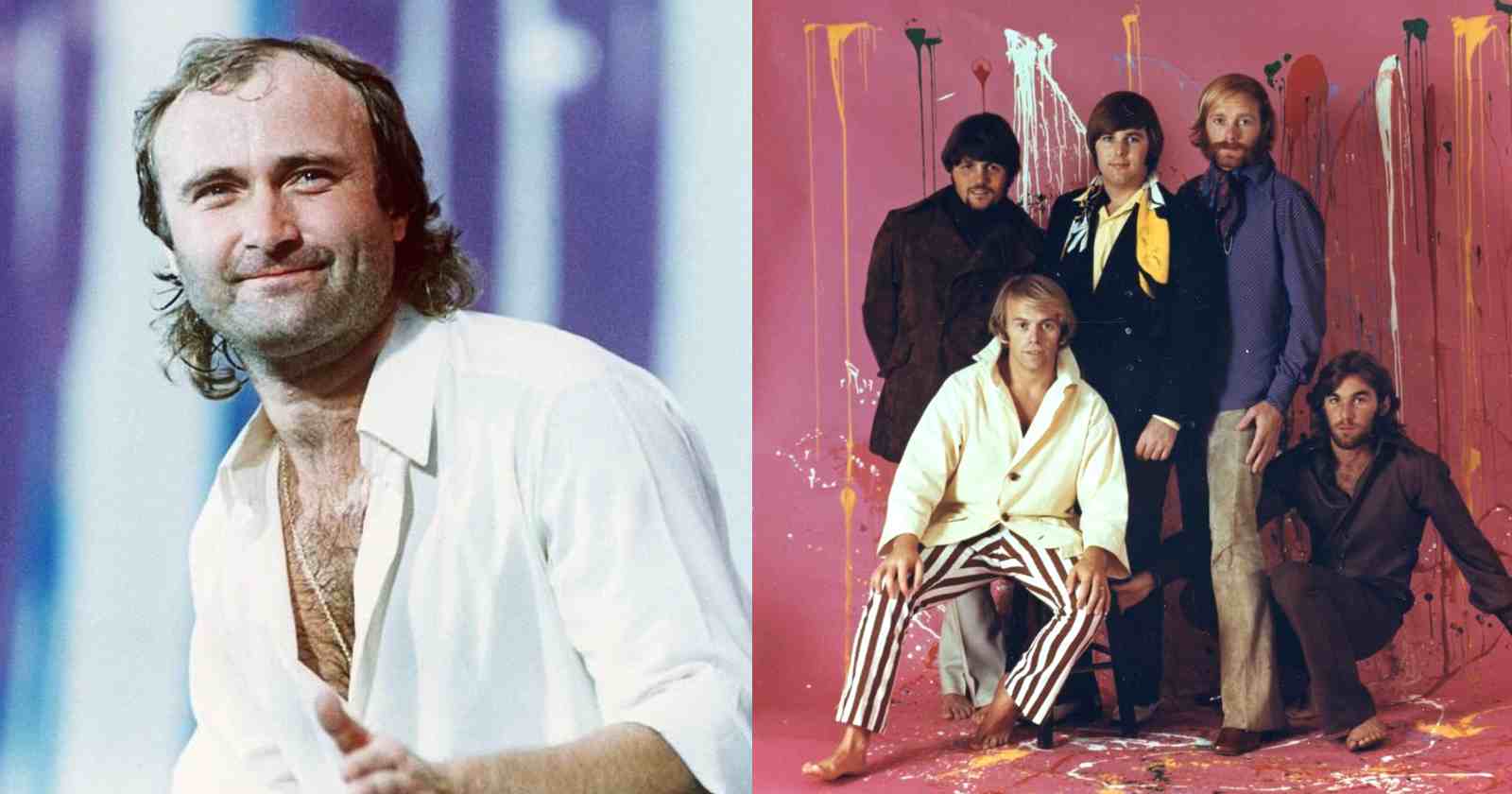 Formed in Godalming, Surrey back in 1967, Genesis first achieved fame with a pure Progressive Rock sound with Peter Gabriel on vocals and later on mixed their style with a Pop and more commercial approach. The change happened when the group became a trio with Phil Collins (Vocals, drums), Mike Rutherford (Guitar) and Tony Banks (Keyboards).It helped them to become of the best-selling bands of all time with more than 150 million records sold worldwide.

The musicians were influenced by many Rock and Roll bands especially from the 60s and Phil Collins even revealed in an interview with Ken Bruce in the BBC Radio show Tracks of My Years back in 2016 (Transcribed by Rock and Roll Garage) that one of Genesis’ biggest hits was inspired by a Beach Boys song.

“One forgets about The Beach Boys sometimes, the amount of great songs that Brian Wilson wrote, you know. But this album ‘Holland’, that this song comes from has got a lot of good songs on it. It was appeared when they were on hip, you know.”

“It was on one of their quieter eras. But ‘Sail on Sailor’ got such a fantastic groove that I wrote ‘Misunderstanding’, which Genesis did. I would have done on my solo album. But Genesis chose it. I wrote that because I love the groove of this. So it’s my nod to the Beach Boys. But it’s just a great melody and great feel,” Phil Collins said.

The Beach Boys song “Sail on Sailor” had Blondie Chaplin on vocals and was released on their 1972 album “Holland”. The Genesis song “Misunderstanding” was released by Genesis 8 years later on their classic album “Duke” (1980).

The Genesis song reached number 14 in the United States and number 1  on the charts at the time.

The legacy of both bands

The American band was inducted into the Rock and Roll Hall Of Fame back in 1988 by Elton John, who said in his speech: “They are what America is, a very wonderful place.”

Phil Collins was inducted as a member of Genesis 22 years later in 2010. The group was inducted by Trey Anastasio from Phish, who said in his speech that the band was “constantly striving for something more than the obvious”.