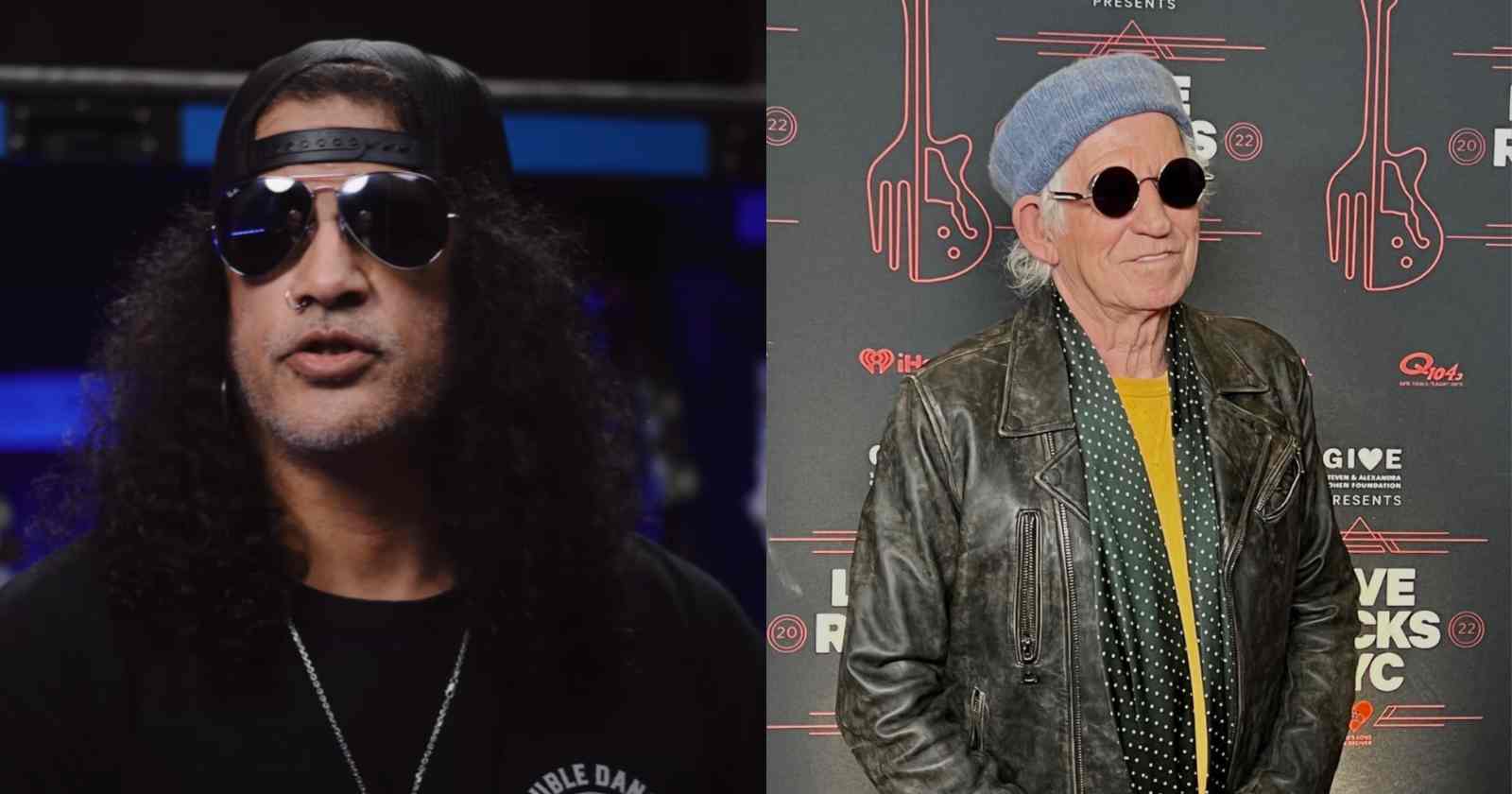 The funny story of when Slash first met Keith Richards

The first meeting between Slash and Richards happened in the beginning of the Guns N’ Roses’ career and was arranged by the also Stones guitarist Ronnie Wood, who took him to see his bandmate. Slash recalled the funny moment in an interview with Revolver Magazine back in 2021 (Transcribed by Rock and Roll Garage): “(Laughs) The first time I ever really personally met Keith, he was great. But he pulled a f*cking switchblade on me.”

“Ronnie Wood introduced us and took me to Keith’s hotel room. Keith sort of motioned me over. He put not a swtichblade, a butterfly knife and flash it around. I was like ‘Cool’. I didn’t really know how I was supposed to react to. But it was a funny. Sort of auspicious kind of first meeting,” Slash said.

He is a big Rolling Stones fan

Born in London, England in the early 60s, Slash lived in the country until the age of 5, when he moved to Los Angeles. So during his first years he had contact with the music of many British bands, especially The Rolling Stones. In an interview with Esquire magazine back in 2014, Slash revealed that his favorite era of the Rolling Stones was the one with Mick Taylor on guitar: “The period that Mick Taylor was in the band, as far as lead guitar was concerned, that was my favorite Stones period.”