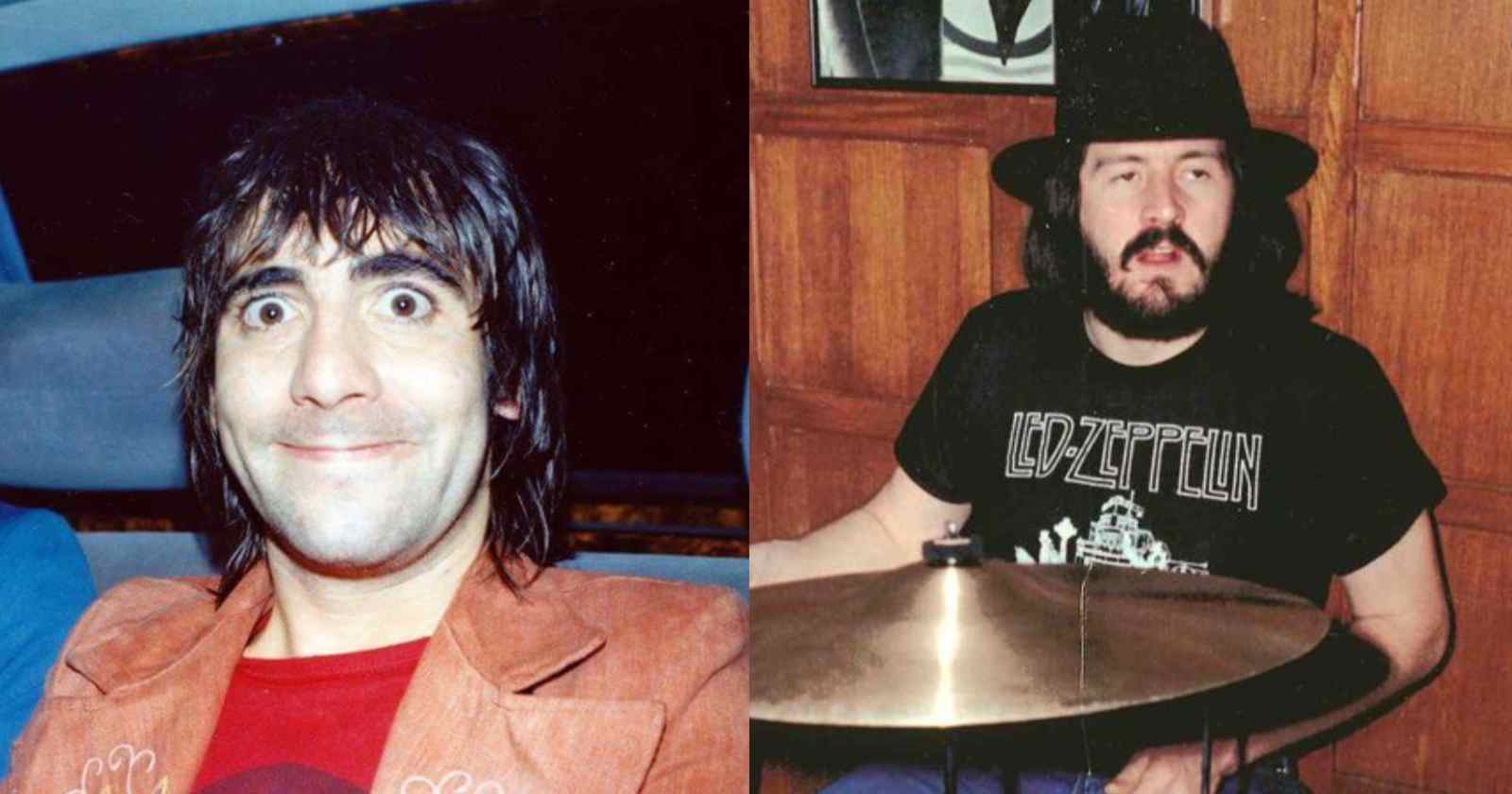 Led Zeppelin‘s John Bonham and The Who‘s Keith Moon were two legendary drummers from bands that made history in Rock and Roll music but tragically died too soon when their groups were at the height of success. Even though they had a short career compared to his bandmates, they became friends and in an interview with BBC Radio 6 on “The First Time” with Matt Everitt back in 2017 (Transcribed by Rock and Roll Garage), singer Robert Plant recalled the funny story of when he and Bonham were still playing in The Band Of Joy and the drummer had to hide from Keith Moon.

“One time we were playing at the Speakeasy club in London, which was a really an amazing place. I’ve seen Hendrix play there and Arthur Lee. The Band of Joy were really short of gigs and we could really play about two or three successful places in Britain where people really got the drift of what we were doing. But it was Psychedelic Blues. We were the kind of poor cousins of the Steam Packet with Rod Stewart and Long John Baldry and Julie Driscoll.”

“There was a lot of freak beat stuff still going on: The Action, The Artwoods and I met Terry Reid at that time. So we’ve got the opportunity to play at the Speakeasy and we were starting to get a name. Even though we couldn’t come into the pop world because it wouldn’t have been cool. So we set up at the speak, the night just about to start. We were unloading the van and we realized that John Bonham had the van, the Band of Joy van and backed it up to some raillings in Dudley to make sure nobody could nick the gear. So we drove to Wigmore street in West End.”

“We get out the van to unload the stuff and realize that we left the door handle in the raillings back in Dudley. So it won’t come out, you can’t get in there. There was a guy working on the road, I said ‘lend us that shovel!’ So Bonzo got hold of the shovel and starts pressing the door of the back of the van and down… this is true…. (laughs). Down the street coming towards us, towards a zebra crossing is a Rolls Royce and it’s Keith Moon.”

“So Bonzo throws his shovel to me. Because drummers are not to be seen (breaking in) into the group van. Then Mooney had a microphone back inside the car and he would get to a zebra crossing and when somebody was walking across he would shout at him through the radiator grill and they would drop their shopping. So there was this great moment where I’ve got the shovel, Mooney shouting at some lady with some shopping and Bonzo is hiding. Then we set up on the stage and John, he was desperate to ge away from anything I did. (There were people) saying to him ‘you can’t play with him anymore. There is nothing happening in here. You’re not gonna make any money with him’.”

“So, John set up right on the very front of the stage. That is usually where the singer goes, at the sharp end. But instead of that, I had to give a little to him. He was doing all these tricks playing with one stick and spinning the other in the air, round and round. Also doing all these ridiculous fills while we were playing ‘White Rabbit’ by Jefferson Airplane. It was great, we fought our way through the mid to late 60s, he and I. There was a lot of funny, absolutely histerical stuff. Because we don’t know the ways of the world when you’re 17, we did good.”

In 1977, one year before his death, Keith Moon played on stage with Led Zeppelin in at The Forum in Los Angeles.

The story goes that The Who bassist John Entwistle and Keith Moon suggested that a supergroup with Jimmy Page and Jeff Beck (Who played together in The Yardbirds) would go down like a “lead balloon”, an idiom for disastrous results. So when forming Led Zeppelin, the group decided to drop the “a” in lead at the suggestion of their manager, Peter Grant, so that those unfamiliar with the term would not pronounce it “leed”. The word “balloon” was replaced by “zeppelin”.