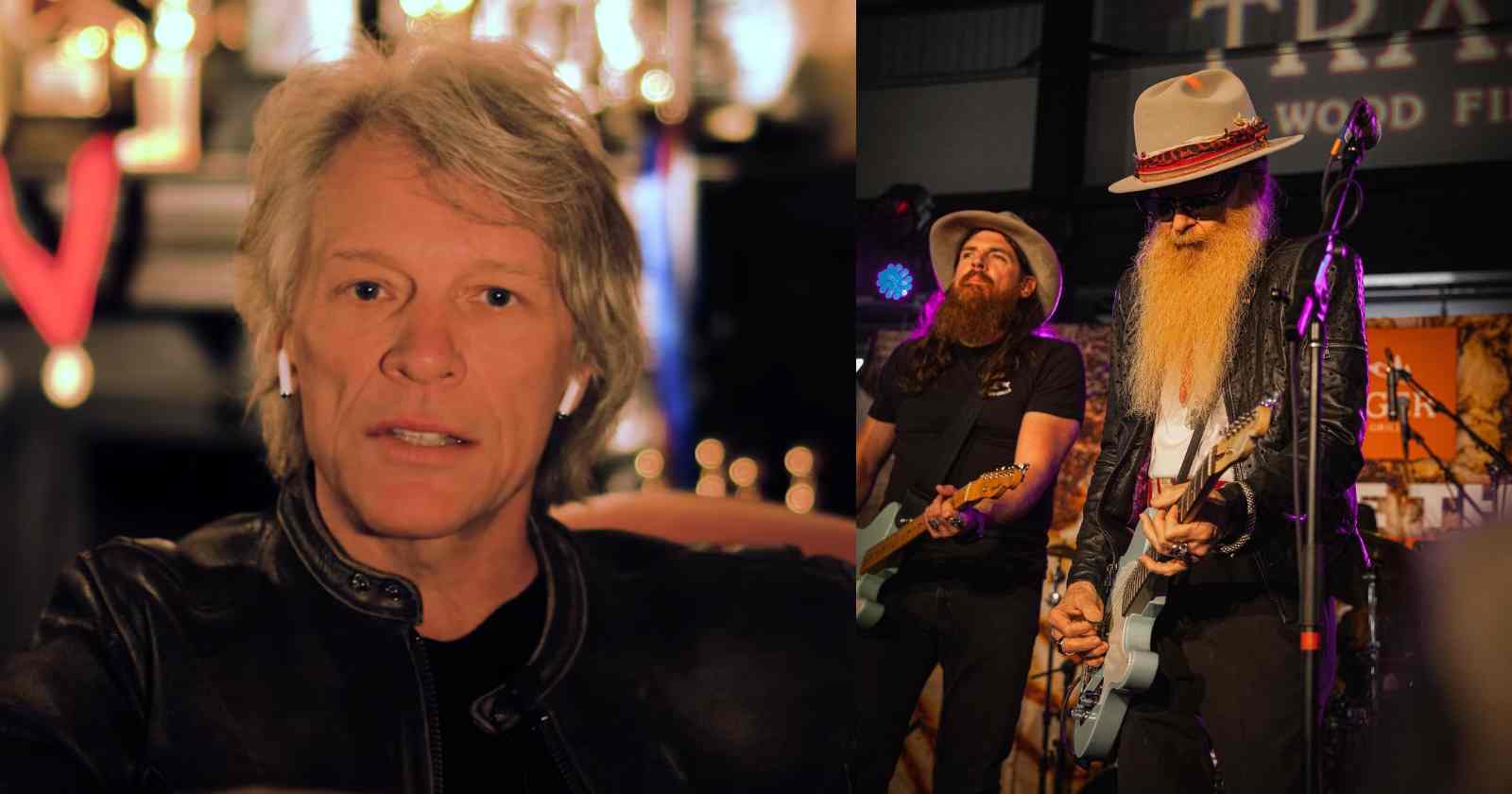 Bon Jovi was formed in 1983 in Sayreville, New Jersey they had the chance to be the opening act of ZZ Top, one of the biggest bands in that year, even before they debut about was released. However, due to technical problems they got a little nervous right when they were about to start the set as the band members recalled over the years.

When asked in an interview with AXS TV back in 2021 (Transcribed by Rock and Roll Garage) which was his most memorable moment on stage, the band’s vocalist Jon Bon Jovi recalled the funny moment of when the band was ZZ Top’s opening act and guitarist Richie Sambora had a nervous breakdown.

“That’s impossible, how many over nearly 40 years. There is so many I can remember. The first night we played the (Madison Square) Garden, 1983 opening for ZZ Top before the first record came out. We were about to start the very first song, the crowd is being polite. Then there’s silence. Richie was meant to start the first song and his guitar was dead. The chant started to grow ‘ZZ Top, ZZ Top, ZZ Top’. The audience is starting to get restless and he is panic stricken. I have to take off my guitar, I toss it to him and I go, ‘It’s all on you, play the guitar’. He plays mine, turns it up to 10. And we get through a 30 minute set in 17 minutes. So that’s the first one that I think of. That’s one that is true,” Jon Bon Jovi said.

The moment can be heard in the bootleg available on Youtube:

In an interview with Showtime in 2009, Richie Sambora also recalled the funny moment, saying (Transcribed by Rock and Roll Garage): “We opened up for ZZ Top and it was the first time I ever played Madison Square Garden. I hit the first chord and my amplifier blew up. It was like slow-motion: ‘Ohhh, no!'” Richie Sambora said.

At that time, ZZ Top had already more than a decade on the music business. They also had just released their best-selling album “Eliminator”, which had famous tracks like “Gimme All Your Lovin'”, “Got Me Under Pressure”, “Legs” and “Sharp Dressed Man”.

Jon Bon Jovi explained in 1984 in an interview with Gary James that in his opinion was “just a stroke of luck” that they ended up opening for ZZ Top before they debut album was out. The musician explained that there were a lot of people interested in the group because there was a “buzz in the industry” that they had finally signed a contract deal.

“A fantastic promoter who is a dear friend of mine, name John Setter, who does a lot of stuff up here, booked us on the show. The night before the gig we went and played a local club in New Jersey. There was 10 people in the dub. I was shaking. And I lost my voice before I went out to see that crowd of 30 kids. And then I went out to 22,000 kids at the Garden and played it like I owned the place. I lived there, it’s no problem,” Jon Bon Jovi said.

Bon Jovi’s self-titled debut album was released in 1984 and had the smash-hit “Runaway”. At the time the record charted at number 43 on the United States Billboard chart.