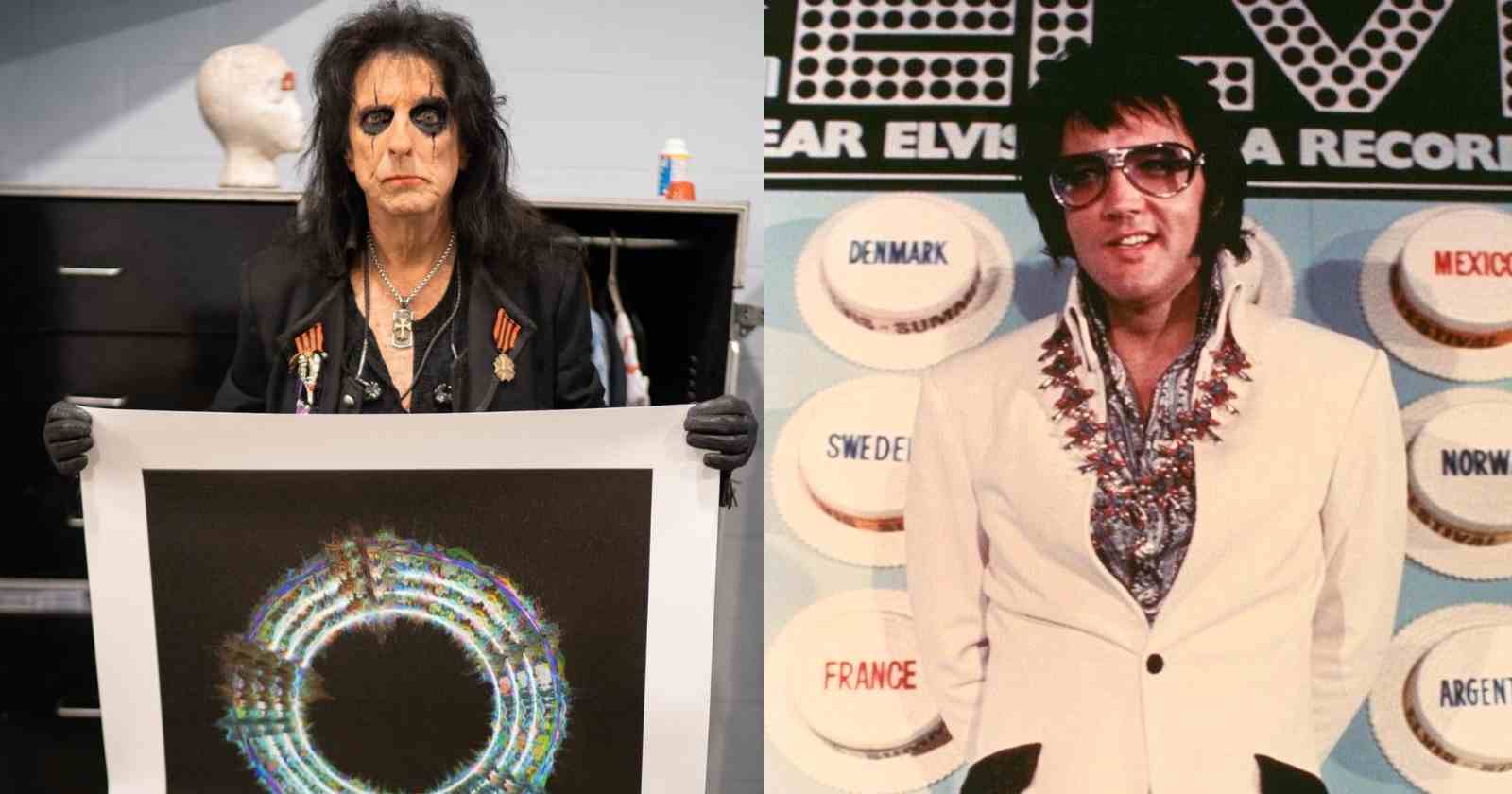 After he achived success in the 70s, Alice Cooper had the chance to meet and make some famous friends like John Lennon, Salvador Dalí and Keith Moon. The godfather of Shock Rock also had an strange and funny meeting with Elvis Presley back in 1971 as he recalled in an interview with George Stroumboulopoulos Tonight show back in 2013 (Transcribed by Rock and Roll Garage). During the occasion he took the elevator with names like Chubby Checker, Linda Lovelace and Liza Minnelli.

Alice Cooper said about the funny story of when he met Elvis Presley:

“So in 1971, Las Vegas I get an invitation to meet Elvis Presley at the Hilton. At the elevator is Liza Minnelli, Chubby Checker and Lind Lovelace. That’s the four people that’s going to get up to meet Elvis that night. This was when Elvis was Elvis, wasn’t “fat Elvis”, he was “Rock Elvis”. He comes walking in and he goes ‘Hey man, you’re the kid with the snake, right? He said: ‘I want to show you something’. So I go into the kitchen, he opens up a drawer, hands me a Smith & Wesson 38., snubnose 38.”

“But by the time I could make up my mind the gun was on the ground, I was on the floor, his boot was on my throat and i was going: ‘Elvis, can I get up now?’ I kept thinking ‘what happens when the Memphis mafia walks in and i’m standing there with a loaded 38. on Elvis Presley. One of us is gonna get shot’.”

Alice Cooper is an American singer, songwriter, and actor whose career spans over 50 years. With a raspy voice and a stage show that features numerous props, including pyrotechnics, guillotines, electric chairs, fake blood, reptiles, baby dolls, and dueling swords, Cooper is considered by music journalists and peers to be “The Godfather of Shock Rock”. He has drawn equally from horror films, vaudeville, and garage rock to pioneer a macabre and theatrical brand of rock designed to shock audiences.

Originating in Phoenix, Arizona, in 1964, “Alice Cooper” was originally a band with roots extending back to a band called The Earwigs 1964, consisting of Furnier on vocals and harmonica, Glen Buxton on lead guitar, and Dennis Dunaway on bass guitar and background vocals. By 1966, Michael Bruce on rhythm guitar joined the three and Neal Smith was added on drums in 1967. The five named the band ‘Alice Cooper’ and released their debut album in 1969 with limited chart success.

Don Airey recalls how he made the intro for Ozzy’s “Mr. Crowley”
What was the first Rock and Roll show that Lemmy Kilmister went to
Advertisement
To Top