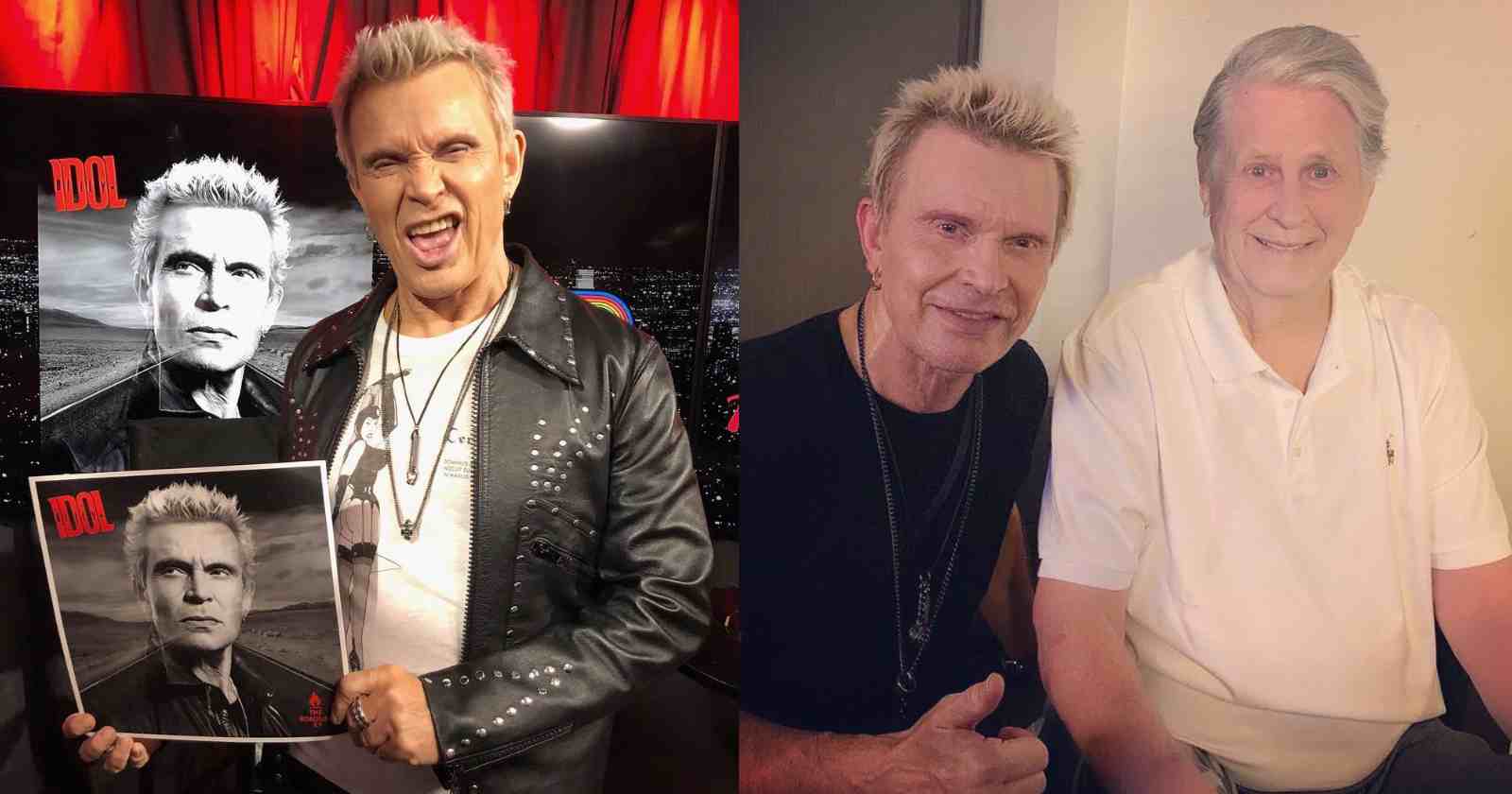 The British singer Billy Idol first achieved fame in the late 70s as the vocalist of the Punk Rock band Generation X and then became one of the biggest 80s Rock and Roll stars as a solo act alongside guitarist Steve Stevens and famous videos played over and over again on MTV.

In an interview with BBC radio show Sounds of the 80s with Gary Davies (Transcribed by Rock and Roll Garage), Billy Idol listed his favorite 80s songs and explained why they are so important to him.

The four 80s songs that Billy Idol listed as his favorites

“When I first moved to America in 1981 to kind of sort reignite my career or start as a solo artist, one of the people I was most interested in seeing was Prince and actually one of the first people I did see was Prince. It was this gig on the 11th avenue in New York.”, Billy Idol said.

He continued saying that Prince’s outfit was outrageous for that time in America and it was a very sexualized image: “But that’s what was fantastic, seeing somebody else who is kind of outrageous and I guess I was looking for other people that were doing things, going against the grain”.

Prince was inducted into the Rock and Roll Hall of Fame in 2004 by Outkast and Alicia Keys. The female singer said in her speech that “he’s the only man that I’ve ever seen that lights a stage on fire”.

“This was fantastic when it came out. I mean, hust the sentiment ‘the terror of knowing what this world is all about, watching some good friends saying, ‘Let me out…’, you know. That’s what we were going through.”

“AIDS were starting to affect everybody, there was no cure, people really understanding what it is all about. So always felt we were very much under a number of pressures across the world, really.”

“The song spoke to all of us, I think, it’s just a great collaboration. So I think Bowie took it over. That’s what you hear about the writing of the song now.

“But I think it was the bass player from Queen (John Deacon) who came up with that killer bass line. I just like a great collaboration, really. It just shows you what two great artists can do when they are together.”

The song reached number one on the UK Singles Chart, becoming Queen’s second number-one hit in their home country and Bowie’s third, and also charted in the top 10 in more than ten countries.

Talking Heads “Burning Down The House”

“Another track from the 80s that I love is ‘Burning Down The House by The Talking Heads. It’s really interesting the move that The Talking Heads made. Because initially I first heard about them adventuring Punk, you know. Things like ‘Psycho Killer’, which had some kind of funky thing but nothing like what they got into the ‘Remain In Light’ album and then later on things like ‘Burning Down the House’.”

“You can actually go and see David Byrne, he’s got this fantastic show on Broadway ‘American Utopia’, I can’t really talk about it, they’ve got a whole new way of playing instruments. They can move around the stage with the instruments strapped to their body and then not just playing traditional drums and guitar but African and Arabic instruments, it’s all very interesting and the concept is really great.”

The Talking Heads were inducted into the Rock and Roll Hall of Fame in 2002 by Red Hot Chili Peppers vocalist Anthony Keidis, who said in his speech “they taught me that music could be inspired by visual arts”.

“My ultimate ’80s song is ‘Rebel Yell,’ by me! How would I finish the show? It would never end, I would just have to keep going until everyone is just tired out! But this way with this song we can do it in one go.”

“I went to this party in 1983, I think it was one of The Rolling Stones‘ birthday, at one point there were standing in front of me – Keith Richards, Ronnie Wood, and Mick Jagger, and they were all drinking this bottle of brown stuff, great big bottle.”

“I kinda followed the bottle up to their lips and was just wondering, ‘What is this stuff they are drinking from this big bottle?’ And I could see a label, there was this cavalier officer riding away with a floom in his hat, a simple war cavalier… I could see the title ‘Rebel Yell.'”

“I was trying to write songs for the new album, I had no idea what to call it. So I said, I was fishing, you know. So I said, ‘Did you have this made up?’ They said, ‘No, no, this is something made in Kentucky…, it’s a Bourbon’”

“‘But, ‘Rebel Yell,’ did you blokes think of using it as a song title?’ And they kind of looked at each other, ‘No, I don’t think we would use that.’ Of course, it was in my mind that I could use that, and I won’t make it about American Civil War. I’ll make it about a cry of love.”

“And I went home that night, and the next day, just did my bit and wrote as much as I could, and I took it to Steve Stevens, who had a rehearsal room, and we kinda had the intro, which became the middle bit, we just had a killer song. Then later we recorded it with Keith Forsey, and it came out fantastic, the kind of end piece. And I’ve been doing it ever since. So here we go”