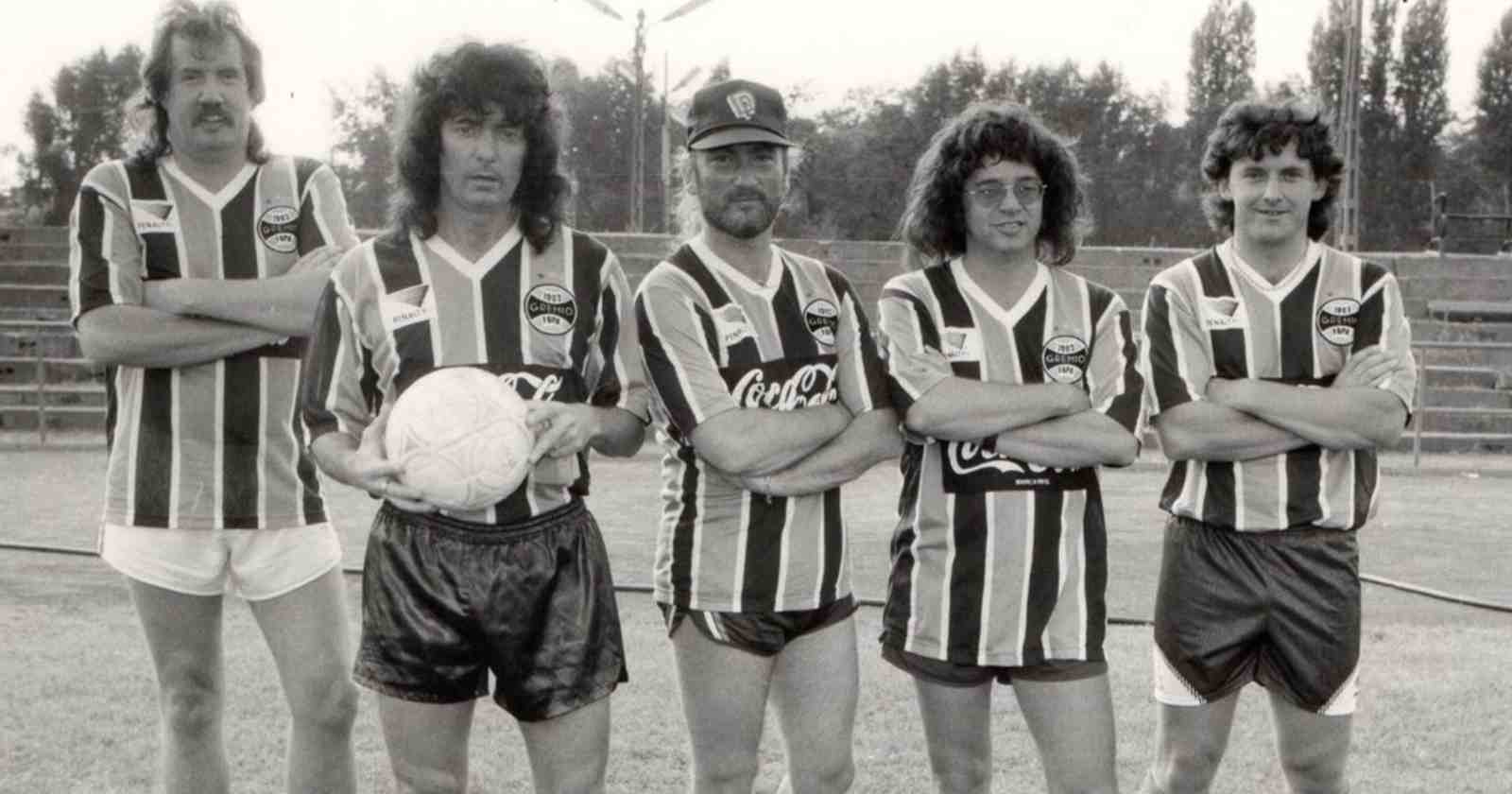 Football was created in England back in XVII century and remains as the one of the most popular sports in the country. Many British musicians support they favorite teams and in an interview with Anti Hero Magazine back in 2016, Deep Purple vocalist Ian Gillan talked about his favorite team, also revealing Ian Gillan and Don Airey’s favorite ones.

Football is obviously still a passion with you then? “Not so much these days.” You don’t get the time to go to games I expect. Constantly touring the world. “I don’t like watching the games so much. I used to watch everything I could on Telly and now of course it’s available. I’ve got this little box I can watch every channel I want around the world in the hotel room or I carry my own TV to be honest.”

“It just doesn’t interest me so much. I still support my old team, QPR. We have a bit of bantering in the band because Don [Airey] supports Sunderland, and Ian Paice supports Nottingham Forest. So there’s a bit of internal competition there. I prefer, to be honest, watching rugby these days. Football has just lost something; I don’t know what it is. It is a different game and I don’t seem to be able to, it’s hard to attach to a team. The next year the team is completely different. There’s something about the spirit of the game that’s changed. I prefer rugby these days.”

We couldn’t find any info about which team Ritchie Blackmore (Ex-guitarist) and the late Jon Lord (Ex-keyboardist) supported.

In an interview with Classic Rock magazine back in 2015, Ian Gillan talked about the thing he is most proud of, and it was being a QPR supporter:

“Still being a QPR supporter, I think. I haven’t been to Loftus Road for a while now, but I was at Wembley in 1967 when we beat West Brom in the League Cup final. I became good friends with Rodney Marsh [former QPR player]. He came to see us a few times. He came to a Gillan show once, around 1982. “Great show,” he said, when he came backstage, “but it’s not Deep Purple, is it?”

“I laughed it off, but it started me thinking. I called Jon Lord not long after that. We went out and had a meal and a chat, and the seeds of the Deep Purple re-formation were sown right there. So if you want to know who was behind that re-formation, blame Rodney Marsh.”

Deep Purple are an English rock band formed in Hertford, Hertfordshire, in 1968. They are considered to be among the pioneers of heavy metal and modern hard rock, although their musical approach has changed over the years. Originally formed as a psychedelic rock and progressive rock band, they shifted to a heavier sound with their 1970 album Deep Purple in Rock.

Deep Purple, together with Led Zeppelin and Black Sabbath, have been referred to as the “unholy trinity of British hard rock and heavy metal in the early to mid-seventies”. They were listed in the 1975 Guinness Book of World Records as “the globe’s loudest band” for a 1972 concert at London’s Rainbow Theatre and have sold over 100 million albums worldwide.