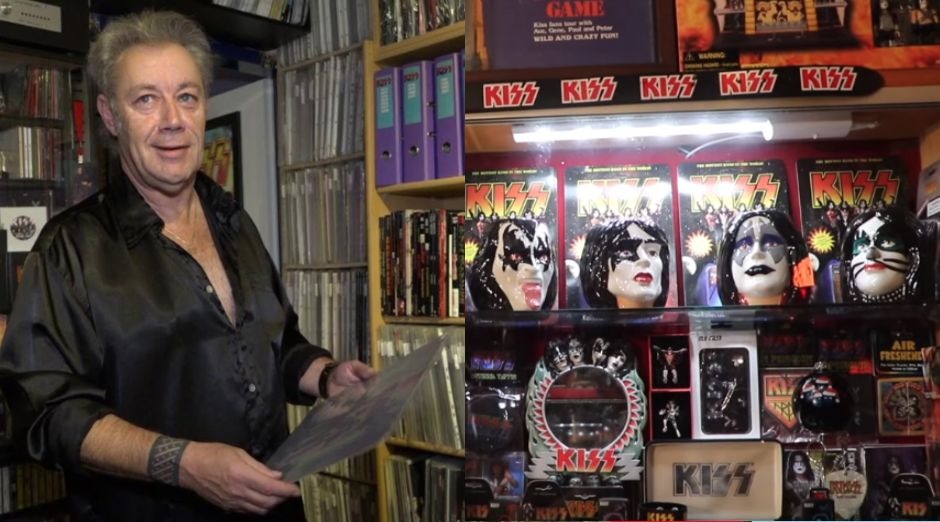 The Swiss Alain Fahrni, who is a Kiss fan, posted on his YouTube channel a video showing the band’s items that are part of his collection. Alain has been a collector since 1977, and since then, he adds the impressive amount of thirteen thousand items of the band.

Watch the fanatical Kiss collector who has more than 13.000 items from the band:

Kiss is a hard rock band from the United States, formed in New York in 1973 by Paul Stanley and Gene Simmons. Known worldwide for their makeup, and for their concerts that include smoky guitars, spitting fire and blood, pyrotechnics and other effects.

Before reaching their current lineup, the band went through some changes. With Stanley and Simmons being the last two members of the band’s original lineup. Kiss has already received 28 gold records. Since its formation, the band has sold more than 25 million albums in the United States. And more than 100 million albums worldwide.

It constitutes one of the greatest cultural impacts of the 1970s. Making use of clothes and, above all, make-up never seen before. Which would mark the history of music. Its two founders are Paul Stanley and Gene Simmons. Who were frustrated by the end of a band they formed, called Wicked Lester,