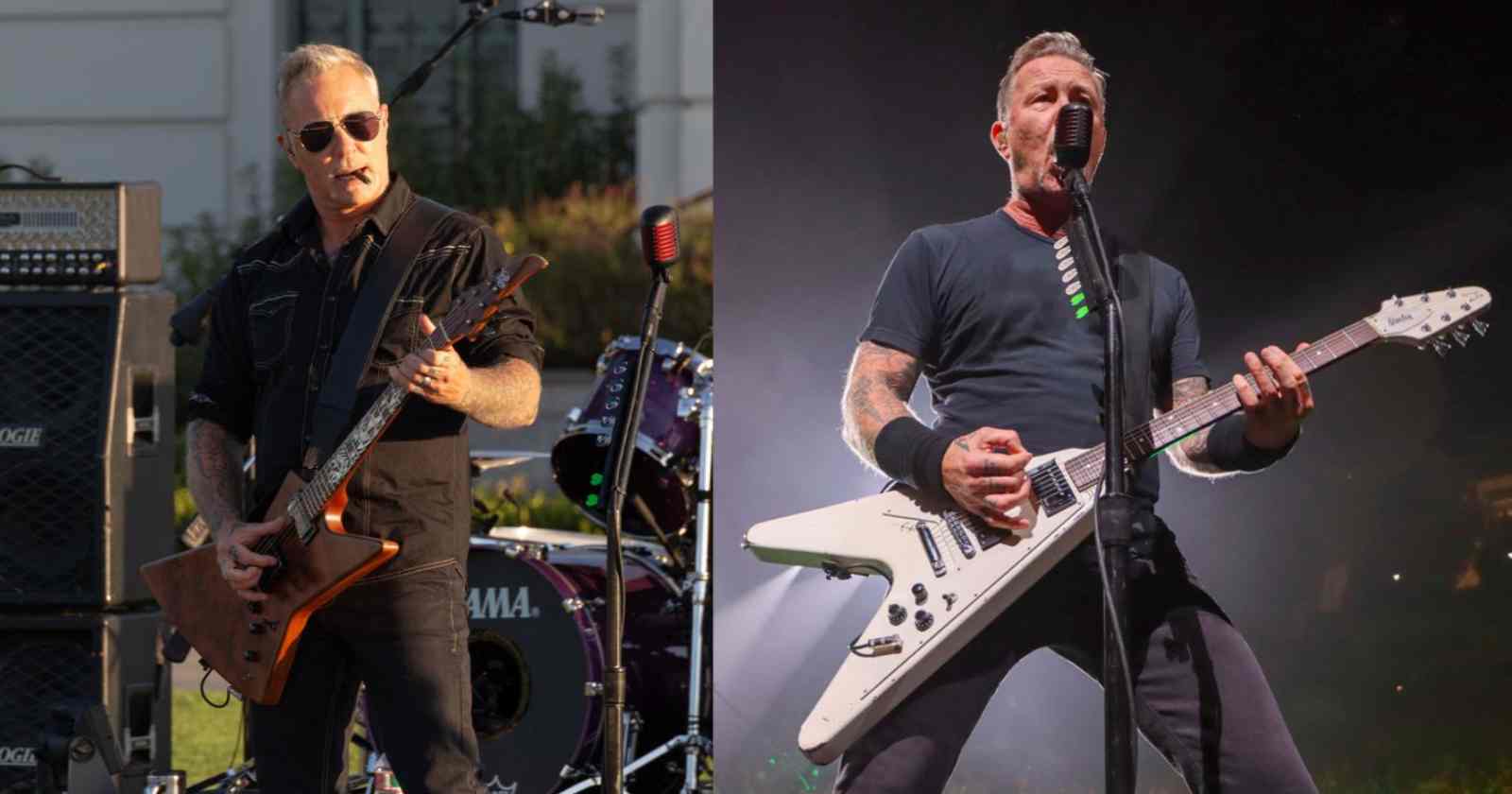 The Metallica vocalist and guitarist James Hetfield has an unusual way of holding his guitar pick, usually using his thumb, index and middle fingers. Most guitarists use only just the thumb and index fingers to play the instrument. The Thrash Metal icon explained in an interview with Music Radar in 2009 the reason why he plays like that.

“Yeah, I’ve always done that. That’s the way I hold a pencil. School teachers would whack me on the hand and say, ‘That’s not right!’ but it just made sense to me. I tried it the other way to see how it would feel. But there’s something about having that extra finger that stabilises the top of the pick. Otherwise it moves too much.”

“But I go through picks non-stop, man. They’re ground away! You see pick grindings all over my guitar. I’m working on this pick with Dunlop at the moment actually, trying to emulate that tortoiseshell pick sound. That’s obviously illegal, that has that shaley sound to it. It’s almost stone-like but with a flex. I go through 10 picks a show instead of 30!”

In the same interview Hetfield was asked if he thought that always alternate picking was a bit of a cop-out and he responded: ““Now, not necessarily, no. There are tons of songs that we gallop on. You gotta do that! There may be guys out there who can do that with all downpicking, but it gets to that point where if it’s too fast, it’s muddled. So the challenge is for it to sound as good as possible. But I guess, yeah, in the early days alternate picking was considered a cop out.”

Born in Downey, California in 1963, James Hetfield is one of the most famous vocalists and guitarists of all time. Metallica’s frontman since it’s foundation in 1981, Hetfield is mainly known for his intricate rhythm playing, but occasionally performs lead guitar duties and solos, both live and in the studio.

Rolling Stone magazine placed him as the 87th greatest guitarist of all time.