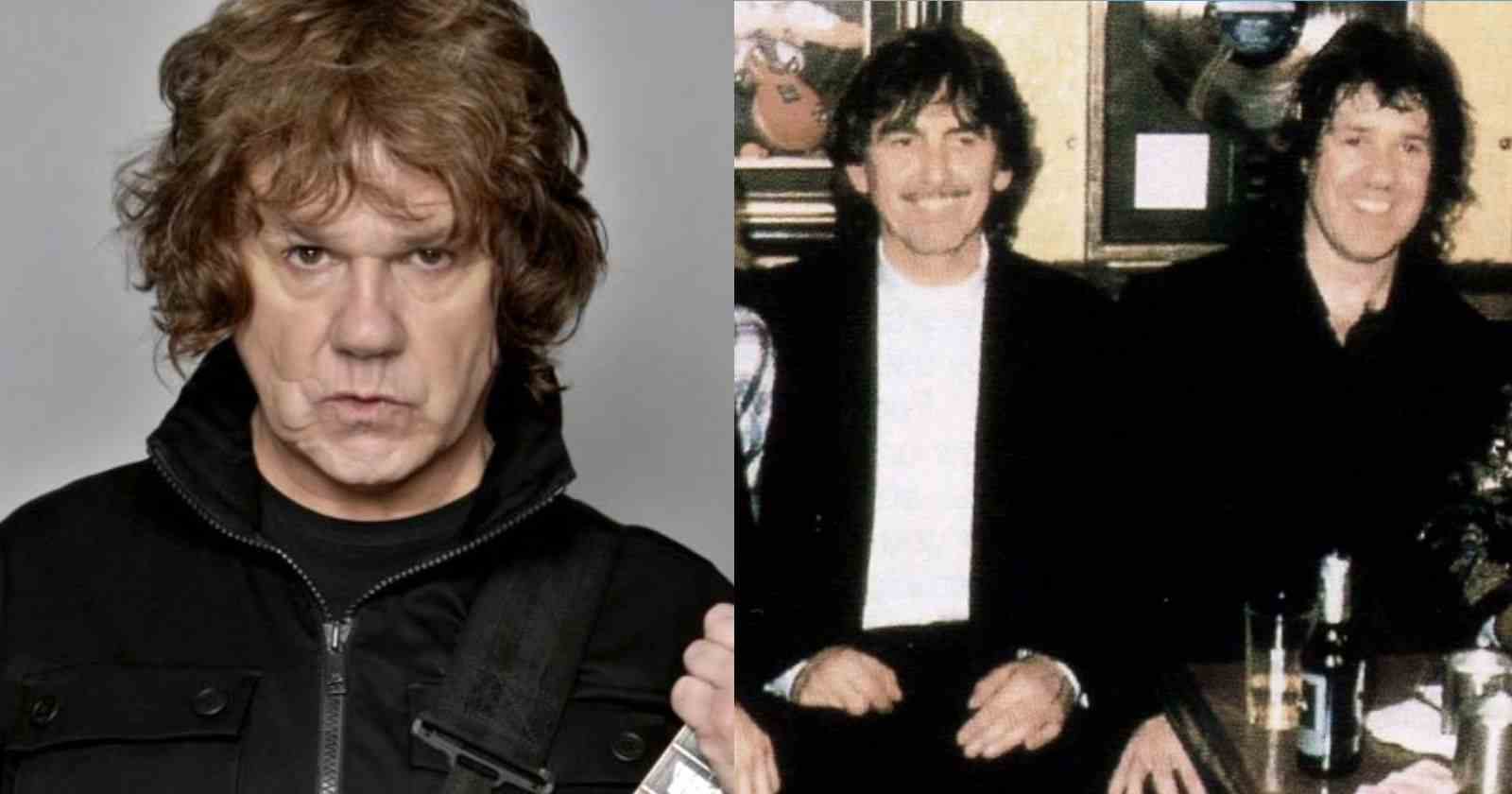 Gary Moore is considered one of the best guitarists of all time that after leaving Thin Lizzy was responsible to revive the Blues music in his solo career. In an interview with All Out Guitar back in 2007, the guitarist recalled the embarrassing moment Gary Moore had with The Beatles’ George Harrison.

Gary Moore said about his friendship with George Harrison and the embarrasing moment he had with the Beatle:

“He was like most people, you know. He had different sides to him. George was a character, and he was a very charismatic and special person. He was kind and had an incredible sense of humor, a very funny guy. And He had what we call a wicked sense of humor; he was quite naughty.”

“He’d make you laugh. He was like a naughty school boy with a glint in his eye. That was George. He was a great guy, and I had some great times with him. I also had some embarrassing moments, like the time he played me the opening chord to ‘A Hard Day’s Night’.”

“It wasn’t the way I had played it all those years. I said, “Is that right?” [Laughing] “Are you sure that’s right, George?” He looked at me and went, “Yes, Gary. It’s right.” [Both Laughing] I felt like shit, like the earth was swallowing me up. At least he showed me the chord.”

“All my friends didn’t know it, but I learnt it. So actually, when he showed it to me it made perfect sense. Because the arpeggio at the end of ‘A Hard Day’s Night’ is that chord broken down. It was great being around him and playing all those Beatle guitars that were all hanging up on the wall in his home studio.”

“He’d take the Richenbackers down, and the one Clapton gave him after ‘While My Guitar Gently Weeps’, that red Les Paul, as well as the Gibson acoustics and stuff. It was great, like being a child in a toyshop.”